Role of the end-users

To fully achieve the benefits of PACS, the end-users (both radiologists and referring physicians) need to make some necessary efforts.

When a hospital decides to make the switch to a Picture Archiving and Communication System (PACS), it is not only a huge financial decision; it is also the start of a journey with an unsure outcome. With PACS, a whole new world of possibilities opens up—both for radiologists and referring physicians. Next to the advanced image processing capabilities, we believe that some of the most important features of PACS relate to the increased accessibility and availability of images. With PACS, images are available to all entitled users as soon as the images are in the PACS, from wherever they are: in the hospital, at home or in the surroundings of a WiFi-spot at Waikiki beach. When we compare the digital way of working (PACS) to its analogue counterpart (radiological images printed on film), PACS provides more benefits like a reduced need for storage space, reduction of costs and less waiting time for patients. So, the benefits of PACS are tangible on all levels throughout the hospital. Table 1 displays an overview of the benefits of PACS.

To fully achieve these benefits, the end users (both radiologists and referring physicians) need to make some necessary efforts. A major step for the end users is adapting their workflow and moving from an analogue to a digital way of working1. With this change in workflow, there is also a shift in the way tasks are done. Tasks that were previously executed by a nurse or a clerk now have to be done by the physician himself, e.g. retrieving radiological images. This shift could lead to physicians feeling threatened regarding their autonomy and power vis-à-vis their subordinates. Next to changing the workflow, the end-users have to become proficient in working with PACS. So training must be provided to the end-users. This is not straightforward considering the busy schedule of most physicians. Moreover, as their education did not focus on working with computers, some physicians will need some extra training. Both the training and the change of workflow have to be done in the period in which both systems coexist, leading to a trade-off: this period should be sufficiently long to give the end-users the time to learn to work with PACS and change their workflow, and as quickly as possible as it is very costly to maintain both systems. But, after the end-users made the transition to PACS, its return-on-investment is huge. So it is no surprise that from then on (almost) nobody desires to go back to the pre-PACS era. However, as long as the end-users haven’t made the switch, a lot of barriers could hinder or even stop the adoption process. Four types of barriers could arise on any time during the implementation process2; here, the focus is on the behavioural barriers—the acceptance of PACS by the end-users.

To assess the acceptance of PACS by the end-users, questionnaires were issued to the end-users at different times during the implementation process: pre-implementation (T1), shortly after the introduction of PACS (T2), and one year after the radiology department stopped printing film (T3). The questionnaires were grounded on the Unified Theory of Acceptance and Use of Technology (UTAUT)4 presented in Figure 1, a derivation of the Technology Acceptance Model (TAM)3. According to this theory, four factors predict the acceptance of PACS:

The acceptance of PACS is measured as BI (Behavioural Intention to use PACS) and / or Use. Next to the UTAUT-constructs, the users’ attitudes toward PACS (ATT) were also questioned. Scale items had to be rated on a 7-point Likert scale from 1 (completely disagree) to 7 (completely agree) with 4 as a neutral point.

The Ghent University Hospital has a capacity of 1,062 beds and employs about 660 physicians and 1,500 nurses. Table 2 presents a schematic overview of the PACS project.

In the hospital, two main groups of PACS-users exist: radiologists and referring physicians. Radiologists work on a PACS workstation, where PACS is integrated with the Radiology Information System (RIS) and speech recognition. They use PACS almost continually to view images and compare with old images, to report on radiological images, to tutor radiologists in training. Referring physicians use the PACS web on their personal computer, whenever they need to consult radiological images and reports.

A project team was responsible for the PACS project from start, when the purchase of the PACS was planned, up to now. The PACS project team consisted initially of the head and head nurse of the radiology department, two engineers and two nurses / technicians. A psychologist and one more engineer were later added to the team.. The tasks of the team are comprehensive, including writing the tender, preparing the end-users, provision of support, scientific research etc. The scientific research concerns the acceptance of PACS by the end-users.

The next section of the article covers three different phases of the PACS project. The preparation phase starts at the time when the implementation of PACS was planned and ends when the end-users gained access to PACS. During the transition phase both systems—PACS and analogue film printing—coexisted, while in the post-implementation phase the users had no choice but using PACS as the radiology department stopped printing film.

PACS was a point of attention on the radiology staff meetings for two years, so no further introduction of PACS for the radiologists was needed. A letter was sent to all hospital physicians—including radiologists—to announce the advent of PACS. Letters to referring physicians were accompanied by the first questionnaire (T1). The project team opted for a slow and gradual diffusion of PACS. Therefore, no further introduction on PACS was given at this moment. In this phase, the project team developed training material for the end-users to learn to work with PACS. A distinction was made between the radiologists and the referring physicians. For the referring physicians, a digital learning environment5, a blotting pad and a mouse pad were developed. The radiologists had the choice between following a training course and receiving hands-on training by an application specialist of the project team. Prior to the introduction of PACS, the IT-department upgraded all computers to meet the minimum requirements for PACS.

The results of the first questionnaire showed that both the radiologists and physicians were ready for PACS. A graphical overview of their responses is presented in Figure 2. For radiologists PACS was much more concrete, so it is no wonder that they held higher expectations concerning PACS and experienced more pressure to use it. As Table 3 shows, it is critical for physicians that PACS is useful and that there is support in case of problems, to start using PACS.

When PACS was introduced, physicians knew that they eventually had to work with PACS but that they could take time to make the transition. In this phase, the project team invested more time and effort on training the physicians: several members of the project team visited on three separate occasions the staff meeting of every service. These visits had multiple goals: introducing the digital learning environment, solving user problems, showing advanced possibilities of PACS etc.

The radiologists had to make the transition to PACS immediately. This was not a big step as they had already taken several steps towards a digital way of working with the introduction of speech recognition and the upgrade of the RIS.

The second survey (T2) was sent to the physicians only. It was taken about two months after the introduction of PACS into the hospital. First, the impact of the digital learning environment was assessed. It was found that users who had used the e-learning were more positive towards PACS than others. In general, mean scale ratings were slightly higher than at T1, as is shown in Figure 2. At this time, the most important reason for accepting PACS and continue using it, is its usefulness.

The project team is responsible for the daily support and solving user problems. Recurrent problems were incorporated into the digital learning environment, leading to a gradual decrease of support calls.

The questionnaire at T3 revealed that the implementation has succeeded. Physicians’ mean scale ratings were higher than at T2, except for EE, while the physicians didn’t feel that they were put under pressure to use PACS. The most important reason for physicians to continue using PACS is the usefulness of PACS and the availability of support. The scale ratings of the radiologists were still higher than at T1, approximating the maximum. Radiologists’ ratings were also higher than those of the physicians.

The transition to PACS went smoothly. This is due to two main causes: the features of PACS, and the work of the project team. The advantages of PACS for the end-users, when fully deployed, are immense. However, the end-users need to do some efforts and it takes time to become a proficient PACS-user. The project team plays an important role in highlighting the benefits of PACS and providing support and training to the end-users. The training through e-learning proved to be a good way to train a large group of professionals with a busy schedule. 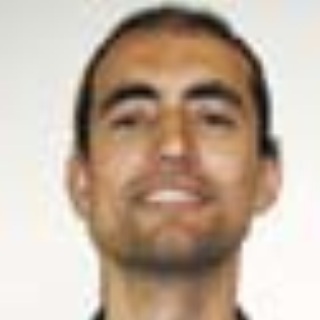 Dries Ovaere recently joined the PACS project team of the radiology department. Being trained as a master of science in electronics engineering, his interests lie in the technical background of information systems. 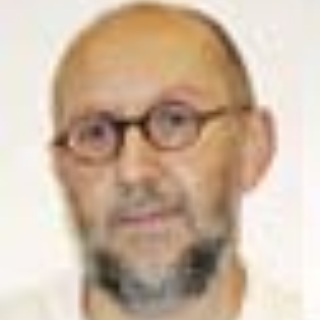 Luk Adang is the designer of the e-learning environment used to train hospital physicians and other medical staff in using PACS. 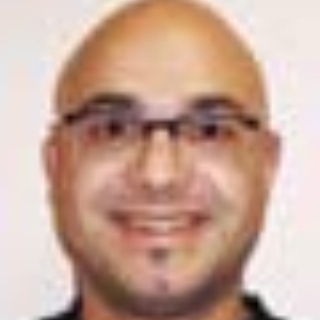 Tony Voet obtained a master of science in electrotechnical engineering. His coordinating efforts in the automation projects of the department both revolutionised work methods and optimised work flow for all members of the personnel. 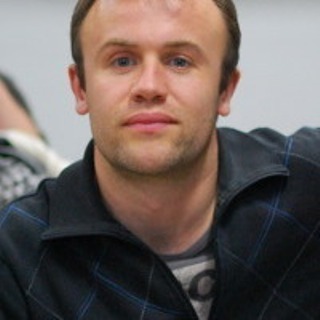 Bram Pynoo obtained a master in experimental and theoretical Psychology at the University of Ghent. His research interests concern the psychological processes in changing environments. He is also interested in the design of digital learning environments and computational modelling. 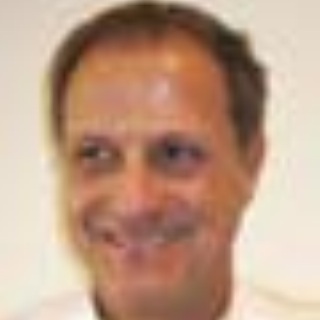 Jan Vercruysse was the head nurse of the radiology department, at the time of the transition to PACS; and thus responsible - together with the department’s Medical Logistic Head - for guiding his department into the digital era. His research interests are mainly change management processes in medical and nursing settings. 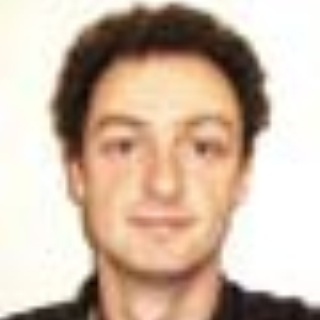 Pieter Devolder being trained as an industrial civil engineer, his interests lie in optimising workflow at all levels. His research interests include acceptance of information systems, Human Interface design, fuzzy analysis, software ergonomics and workflow optimisation.