Fee-for-service is on its last legs in the United States. More important is rewarding healthcare providers for the quality of care, efficiency of services provided, and degree of coordination of care. The healthcare system in the United States is outrageously expenses. Dramatic steps have to be taken to correct the situation.

A revolution is taking place in healthcare in the United States. The current fee-for-service approach to paying for provider services is too expensive and at the root of abuse. The Center for Medicare and Medicaid Services (CMS) is leading the charge for change. The new view of how to pay for healthcare is in evolution. CMS is testing many different approaches to paying for healthcare services. The common factor among them is the offer of financial incentives to the providers when they present evidence of improve quality of care and a reduction in the costs in that care. These changes were initiated in 2012.

The quality measures selected are typically based on Don Berwick’s Triple Aim: better care, better health, and at a lower cost. Better care refers to the patient’s experience of care from their healthcare provider. Better health has to do with compliance with several preventive practices such as colonoscopy, haemoglobin A1c less than 9, use of statins, and control of hypertension to name a few. Cost of care can be lowered by attacking the low hanging fruit, namely reduced hospital admission, emergency room visits, and readmissions. In addition, there are many other opportunities to reduce costs such as admissions to and length of stay in skilled nursing facilities (SNFs).

The most common payment approaches used by CMS are the:

• Accountable Care Organizations (ACOs)through the Medicare Shared Savings Program (MSSP)
• Bundled Payment for Care Improvement (BPCI) and Advanced BPCI
• The most common applied program is based on MACRA legislation (Medicare Access and CHIP [Children’s Health Insurance Program] Reauthorisation Act of 2015). MACRA created the quality improvement program known as Merit-based Incentive Payment System (MIPS). So much for the acronyms, now let’s get on with what it all means.

The idea for ACOs was actually initiated in the George W. Bush Republican administration and later added to the Obama Democratic creation of the Patient Protection and Affordable healthcare for America (PPACA or simply ACA, also known as Obama Care). Currently, in the United States, there are approximately 500 Medicare ACOs and an equal number of commercial ACOs. It is a huge programme that is not widely recognised yet. You ask, how are they doing? It depends on how you calculate success.

Medicare uses as its benchmark for individual ACOs, how that individual ACO performed in the previous three years versus the current year. If the ACO performed better than its three year average benchmark, then they saved money. CMS will split the savings 50-50 with the ACO tempered by the ACO’s performance on the quality measures. CMS estimated that the MSSP programmes saved US$954 million in the first few years. Approximately 25 per cent of the ACOs saved enough money to warrant sharing of the savings. Far fewer ACOs saved money in every year of the program.

Dobson, Pal, Hartzman, Arzaluz, Rhodes, and DaVanzo took a different analytic approach than CMS. They compared the ACOs expenditures versus expenditures by practice groups who were not ACOs during the same time period. Their benchmark for the ACOs was the expenditures by the non-ACO practices. For the years, 2013-2015, they found that ACOs saved US$1.84 billion which is nearly twice the above CMS savings estimated. Using their method of calculating savings, it is possible that more ACOs would be credited with sufficient savings to raise the percentage of ACOs sharing savings.

McWilliams and Chernew’s group published several studies showing more detail. They highlighted which years and practice groups did well or did not do well. The Office of the Inspector General (OIG) in a separate survey of ACOs, listed likely success factors. So, the method of analysis determined the degree of savings, that’s no surprise. 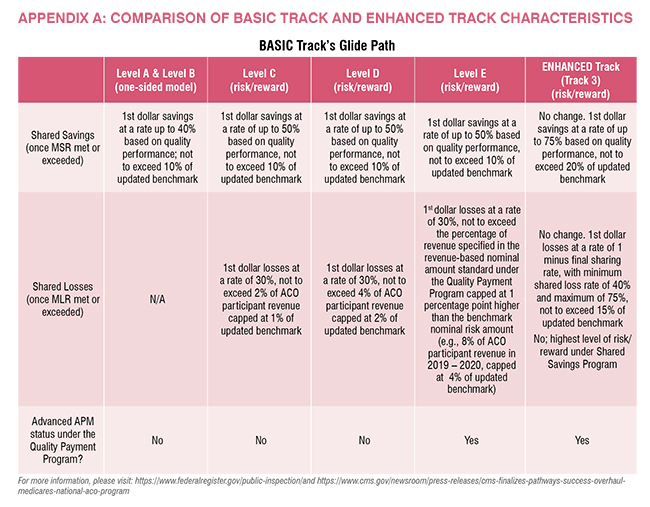 Another payment method being studied is the bundled payment initiative. It is well underway. Success has been identified for Comprehensive Care for Joint Replacement (CCJR or CJR).The procedures are hip and knee replacements. It has been extensively tested throughout the USA. Quality is assessed by examining complications from surgery, patient experience, and reporting of these first two measures. If the actual cost per case is less than a predetermined benchmark, the savings is shared between Medicare and the orthopaedic surgeons, similar to the approach used for the ACOs. Other bundled payment programmes are available for oncology, end-stage renal disease, and a host of diseases and procedures.

The last alternative payment model (APM) considered is MIPS. It applies to all physicians who are not in an Advanced APM. Advanced implies that the organisation is taking “downside risk.”In other words, the organisaiton is totally or at least partially responsible for reimbursing CMS for losses or cost overruns beyond the pre-determined benchmark.

The four areas of the MIPS’ Quality Payment Program represent a consolidation of most of CMS’s earlier individual quality programmes. MIPS requires that the following four components be assessed:

Looking at overall healthcare expenditures for these three payments methods and others, Glickman, DiMagno, and Emanuel pointed out that since 2011, healthcare expenditures have actually decreased significantly. Consequently, the above three alternative payment systems should continue to be studied and assessed. If this trend continues, it looks like the revolution will begin to have a successful outcome.

To paraphrase Winston Churchill, this is not the beginning of the revolution nor the end. It is the end of the beginning. Financial incentives work in some programmes and only partially in other programmes. To try to insure success in their cost reduction programmes, CMS is upping the physicians' responsibilities to insist they take downside risk. Namely, if they spend more than a benchmark for their patients, the provider will be responsible for some or all of the loss.

The new programme is called ‘Pathways to Success.’ It applies to the Medicare Shared Savings Program (MSSP) which is the payment program for CMS’s ACOs. It goes something like this. As shown in the figure below, an ACO, under the new rules, can have upside gain only for 1 ½ to 2 ½ years at the most, then they have to move into a program that has downside risk.

In summary, Basic Level A and B one-sided means upside gain only. In other words, if the ACO has gains above a certain level (i.e., the minimum savings rate or MSR), that ACO can share in the savings. The exact amount is determined by their degree of quality measure compliance. ‘“Risk/reward”’ means the ACO also has downside risk, not just upside gain potential. So, they are liable for part of the losses when that loss exceeds a certain amount (i.e., the minimum loss rate or MLR).

Advanced APM status applies to Basic Track Level E and Enhanced Track only. These two are exempt from MIPS. Basic Track Levels A through D need to complete the MIPS Quality Payment Program components, which is a significant burden.

Other options offered in Pathways to Success are:

• Increasing use of telehealth
• Choosing beneficiary assignment as either prospective or retrospective
• Giving the provider the option to offer beneficiaries a financial incentive to cooperate with the program better, thereby earning not only the incentive, but better health!
• Increasing access to a Skilled Nursing Facility (SNF) without having to be admitted to a hospital first for 3 days.

Pathways to Success is a brand new program. It will begin on July 1, 2019 for current ACOs accepted into the program. For others, the newbies, it will begin January 1, 2020.

Now you can see how a healthcare system that hasn’t been able to control its costs is trying to reign in those costs. The initial effort was to offer providers financial incentives to reduce the costs. Surprisingly, not many providers took up CMS on its offer to do that and share the savings at the same time. This result debunks the popular notion that providers are motivated primarily by financial gains. The second and current approach is to put providers at risk for losses and make them liable for excess expenses when their expenses exceed a predetermined benchmark. As this is a new approach, the jury is still out on whether this approach will succeed. A lot will depend on whether commercial payors also insist on forcing providers to assume downside risk. If there are too many escape clauses, this effort will have a limited effect. So, those of you outside the United States, wish us good luck. We can’t match your numbers for providing good care at a lower cost, but we are trying. 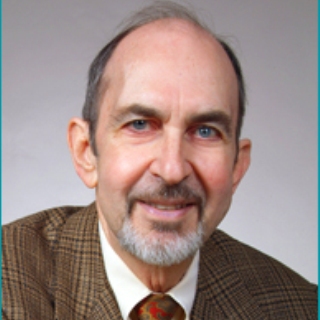