Conflicts at the workplace cost organisations time, money and other resources. In healthcare, the cost to the patient when she witnesses disagreements between her medical team can be devastating. Not only does it cause undue stress on a patient, but it might also impact the importance of trust for patients and family members to have with their care team. Without this level of confidence between patient, nurse or physician, the safety and willingness to follow instructions, emotional well-being and ability to improve a patient’s outcome can be hampered.

In the United States, the total financial blow of dealing with workplace conflict is estimated to be at US$359 billion in paid hours or 2.8 hours per week for each involved employee. This is based on a May 2008 study commissioned by the CPP to analyse workers’ attitudes about conflict. 5,000 full-time employees in nine countries around Europe and the Americas were surveyed, including Belgium, Brazil, Denmark, France, Germany, Ireland, the Netherlands, the United Kingdom and the United States.

I strongly believe that the same cost applies to the healthcare system, when patients witness conflicts between members of their medical team. Not only is this a source of undue stress for the patient and his / her family members, but it might cause their confidence towards their medical care team to deteriorate. Lack of trust can negatively affect the patient’s emotional well-being, his / her willingness to follow instructions, and eventually hamper the patient’s recovery.

It happened nearly 15 years ago, but I can still clearly remember what I saw, heard and felt, when I witnessed the conflict between my overnight nurse in the ICU and the person who was monitoring my respirator, as I had a trachea.

The gentleman who was tasked to watch and regulate my oxygen intake had a brief discussion with my nurse Michelle. Though I didn’t clearly hear what they were talking about, I sensed the tension. It soon escalated into something more ‘serious’, when this care provider suddenly stormed out of the room, leaving my respirator unsupervised.

For two weeks, I had been comforted by the presence of a medical staff, watching my bedside monitor 24/7. Though my trusted night nurse Michelle was there, I immediately panicked after he left the room.

To this day, I remember how my anxiety built up into a full-blown panic attack. Machines were beeping, but I felt that I wasn’t taking in any oxygen (a feeling I had all the while being weaned off of the respirator, despite statements to the contrary) and I honestly feared that after surviving a liver transplant, brain surgery and two-month coma, that I would end up dying of suffocation. I was convinced that the absence of the person who was supposed to be making sure I was getting enough oxygen had put me in harm’s way.

Several medical staff suddenly bustled into my room. Michelle held my hand and tried to calm me down by encouraging me to think of the ocean or a beautiful place I wanted to visit when I was out of the hospital.

It took a few minutes, but it felt like forever before I was reassured. I only managed to calm down when someone else came to stand by my bedside and took over the position of the gentleman who walked out of my room.

Allow me to share an even more significant example than the one I just described.

After six months of hospitalisation and rehabilitation, I was finally discharged and living with my parents, 60 miles from the hospital in Boston. I continued to be in and out of the hospital due to various reasons (high potassium, aspergillum in my lungs, inability to keep food down, etc.).

This eventful day started like many others I experienced during that time- I felt really sick and didn’t know why. I wanted to go to the hospital because I suspected that something would be found out there. My parents called the transplant unit at the hospital to check if there was a bed available. They told me to come in right away and they would have a room ready.

We drove the distance to the hospital and got to the transplant floor. One of my long-time nurses came to me and asked me to wait for the attending physician. This doctor was not on my core team; however, he was familiar with my case as I had seen him on many of the rounds when I was on the transplant unit.

It was the fall season and there was a plastic pumpkin at the nurse’s station. I started feeling nauseous, grabbed the pumpkin, dumped the candies on the floor and proceeded to vomit into the plastic pumpkin container. The attending physician was doing his rounds when we arrived and a nurse went to inform him that I was there and very ill.

Instead of admitting me or seeing me personally to assess the situation, he insisted I go to the emergency department. I could tell the nurse was not pleased with his instructions. We went to the ED and waited for almost 12 hours before the doctor there admitted me to the floor I was already in earlier.

The following day, it was discovered that my body was rejecting my newly-transplanted liver.

My nurse insisted that I discuss my negative experience with my team of doctors. I believe that she also brought it to their attention because about one month after this day, we had a meeting with my medical team to describe what happened.

Thankfully, my team was extremely empathic and understood my frustrations and agitation about being made to wait for hours, especially when my condition was more serious than anyone realised. I heard that the physician who refused to admit me had left the hospital soon after. I am not sure if my situation had anything to do with his departure, but it was clear to me that my core team was not pleased with how the attending physician managed the whole thing.

For the vast majority of my many days in the hospital, I was grateful and appreciative of the attentive care I received. Fortunately, conflicts I witnessed were few; but I know they exist. There are always power struggles within any organisation... However, in the healthcare setting, the stakes are higher, given the life and death nature of medical emergencies.

Empathy as it relates to trust

In his article in the Harvard Business Research Journal, Zak explained the direct correlation between the level of trust a person feels and the amount of oxytocin a person's brain produces. His findings conclude that the levels of oxytocin significantly decrease when people feel stressed. He also found a direct link between oxytocin levels and empathy — a key factor when creating trust-based relationships and organisations. With high levels of oxytocin, higher levels of empathy occur, leading to a deeper connection and greater trust between the patient and medical practitioner.

I believe effective communication is the key in building stronger connections, eliminating conflict and increasing trust.

Although there is little to no research done on how conflicts among medical workers impacts the patients and their families, I know firsthand how disagreements of this nature affected me and have heard numerous similar experiences.

Namely, the issues of greatest concern to patients and family members include the following:

The feeling of dread that not all members of the medical team are aware of all the details unique to the patient’s case and that they may not be communicating effectively, as a result of conflict.

Dr. Tom Lee stated in a TED talk that one of the common fears of a patient is that their medical team members are not communicating well, and therefore, may not be aware of what one department is doing and something could fall through the cracks. Even if there is no actual conflict witnessed by the patient, the perception that there is a lack of communication between medical practitioners in the team can lead to feelings of fear.

Fear is further intensified when actual conflicts exist, as patients and their families would tend to assume that there is NO communication or collaboration between the medical professionals working on their case.

The more that hostile communication between healthcare workers occurs in front of patients and their family members, the more that they feel that their health and safety are compromised. This leads to eroded trust, which leaves patients to doubt or question the information that is being shared with them. It may also impact a patient’s willingness to follow advice from his / her medical team, which can lead to greater problems and higher expenses.

It’s safe to say that conflict will always be present in a work setting. Conflict exists among families, friends, as well as colleagues. The key to help resolve these conflicts lies in the management’s ability to acknowledge and manage conflict in a healthy way. It is a good idea for any organisation to establish a protocol for employees to air grievances and disagreements.

In the hospital setting, a group huddle at the start and end of a shift would allow each medical staff to share an update on what went well during the shift, what were the challenges encountered, and the action plans implemented (for possible continuity by the next shift). This would provide real-time perspective for the oncoming workers and help alleviate the fear that patients experience during those transitions, as well.

A regular forum between key people in the hospital allows open and honest conversation between management, healthcare workers and colleagues, builds greater camaraderie, increases awareness of the challenges faced by one another and provides a venue to brainstorm on solutions and good ideas.

When effective communication is fostered and encouraged by hospital leadership, greater trust and respect develops among colleagues and conflicts will decrease.

Ultimately, honest and productive communication saves lives (and even billions of dollars for the hospital). 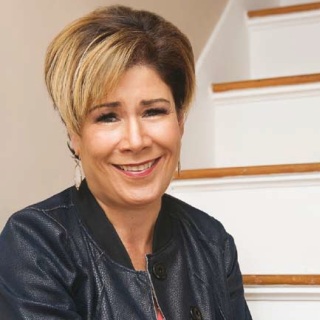 In 2005, Nancy was the picture of success: a sought-after business speaker, the president of her own company, and a mother of three. Suddenly, Nancy found herself in a health crisis that would twice nearly end her life. Miraculously, her extensive rehab left her with no residuals; but, Nancy's life – and the message she wanted to bring to her audiences – were irrevocably changed. Nancy can be reached at nmichaels@nancymichaels.com