Declaration of health as a fundamental human right in World Health Organization’s (WHO) constitution of 1948 and the agenda of Health for All by Alma-Ata declaration of 1978 were instrumental behind Universal Health Coverage (UHC). However, according to WHO and World Bank, 400 million people around the world did not have essential healthcare services. Although the overall healthcare coverage is increasing (thanks to technologies, such mHealth and advances in drugs), the coverage gap between rich and poor is also increasing in developed and developing countries. Countries are experimenting with schemes, such as low cost insurance to solve the problem. However, the success is limited and hence more innovative financing ideas are needed. This paper starts with a summary of our systematic survey of various healthcare financing options and summarizes three innovative approaches based on social business, crowdfunding and technology entrepreneurship

Universal Health coverage (UHC) is the platform that seeks to overcome inequality in tackling the service provision gap and financial gap that populations face. The role of ICT to build the essential building blocks of UHC has been accepted, However, there are many areas that require further research and evaluation.

The use of ubiquitous technology such as mobile electronic devices to support medical or public health practice and health systems has been embraced as the new frontier of ICT that will improve efficiency and effectiveness of healthcare, especially for the majority of the world’s population that live in low and middle income countries. It has been predicted that by 2017 there will be ‘more mobile phones than people’ on the planet, and currently three-quarters of the world’s population have access to a mobile phone. “Mobile communication devices, in conjunction with Internet and social media, present opportunities to enhance disease prevention and management by extending health interventions beyond the reach of traditional care—an approach referred to as mHealth”. The World Health Organization (WHO) has announced that m-health has the ‘‘potential to transform the face of health service delivery across the globe”.

In view of the fact that UHC is now a part of the fundamental human right, it has been observed that healthcare should be seen as a holistic service that includes links to other services, such education, welfare and environment management. This led to the UN Sustainable Development Goals (SDGs). The United Nations has recognised the need for a holistic approach of sustainable development where health, environment and social wellbeing are being targeted together through the new global SDGs. In the healthcare sector UHC is the platform that seeks to overcome inequality in tackling the service provision gap and financial gap that populations face. Given the high importance of the financing strategies of UHC, a systematic literature survey was carried out on Financing of UHC by Pradeep Ray and his team in 20171. There are generally five primary methods of funding healthcare systems:

In most countries, the financing of healthcare services features a mix of all five models, but the exact distribution varies across countries and over time within countries. In all countries and jurisdictions, there are many topics in the politics and evidence that can influence the decision of a government, private sector business or other group to adopt a specific health policy regarding the financing structure.

For example, social health insurance is where a nation's entire population is eligible for healthcare coverage, and this coverage and the services provided are regulated. In almost every jurisdiction with a government-funded healthcare system, a parallel private, and usually for-profit, system is allowed to operate. This is sometimes referred to as two-tier healthcare or universal healthcare.

For example, in Poland, the costs of health services borne by the National Health Fund (financed by all citizens that pay health insurance contributions) in 2012 amounted to PLN60.8 billion (approximately US$20 billion). The right to health services in Poland is granted to 99.9 per cent of the population (also registered unemployed persons and their spouses).

The actual funding of a ‘single payer’ system comes from all or a portion of the covered population. Although the fund holder is usually the state, some forms of single-payer use a mixed public-private system.

This is a form of healthcare financing designed to meet the cost of all or most healthcare needs from a publicly managed fund (e.g., Medicare in Australia). Usually this is under some form of democratic accountability, the right of access to which are set down in rules applying to the whole population contributing to the fund or receiving benefits from it.

The fund may be a not-for-profit trust that pays out for healthcare according to common rules established by the members or by some other democratic form. In some countries, the fund is controlled directly by the government or by an agency of the government for the benefit of the entire population. That distinguishes it from other forms of private medical insurance, the rights of access to which are subject to contractual obligations between an insurer (or its sponsor) and an insurance company, which seeks to make a profit by managing the flow of funds between funders and providers of healthcare services.

When taxation is the primary means of financing healthcare and sometimes with compulsory insurance, all eligible people receive the same level of cover regardless of their financial circumstances or risk factors.

Two-tier healthcare is a situation that arises when a basic government-provided healthcare system provides basic, medical necessities while a secondary tier of care exists for those who can pay for additional, better quality or faster access.

Most countries have both publicly and privately funded healthcare, but the degree to which this creates a quality differential depends on the way the two systems are managed, funded, and regulated. Some publicly funded universal healthcare systems deliver excellent service and the private system tends to be small and not highly differentiated. In other, typically poorer countries, the public health system is underfunded and over stretched, offering opportunities for private companies to deliver betterquality, albeit more expensive coverage.

Health insurance is insurance against the risk of incurring medical expenses among individuals. By estimating the overall risk of healthcare and health system expenses, among a targeted group, an insurer can develop a routine finance structure, such as a monthly premium, to ensure that money is available to pay for the healthcare benefits specified in the insurance agreement. The benefit is administered by a central organisation such as a private business, or not-for-profit entity. According to the Health Insurance Association of America, health insurance is defined as "coverage that provides for the payments of benefits as a result of sickness or injury. Includes insurance for losses from accident, medical expense, disability, or accidental death and dismemberment". 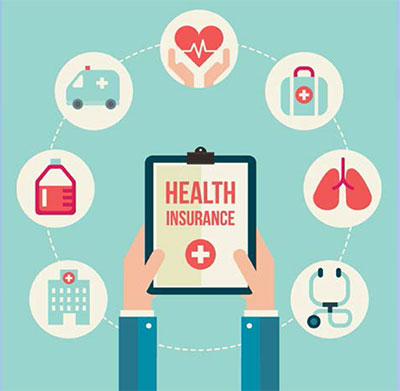 The above summary provides the traditional financing methods of healthcare. Typically, many developing countries that inhabit the majority of the world population, use the two-tier healthcare in view of the limited resources in those countries. The basic needs are covered almost free by the government and the any specialised treatment is funded, mostly by for-profit private sector through health insurance. UHC requires more innovative approaches and hence the following section discusses some emerging innovations in healthcare financing.

A new innovation in China allows users to get up to CNY300,000 (US$42,457) in medical aid if they are diagnosed with one of 30 serious diseases like cancer, heart attack etc. by paying only about CNY30 (US$4.4) per year. Crowdfund medical aid is based on the philosophy of “one for all, all for one”. It is a new type of internet insurance platform that aims to help critically ill patients, who cannot bear high medical fees, by crowdfunding money from all of its users. These platforms evolved from their original function, namely as donation websites for patients.

Crowdfunded medical aid platforms first became popular in 2016. One company for example Waterdrop Aid, has recruited 40 million users and provided about CNY100 million (about US$14 million) in medical aid to 720 users diagnosed with a serious disease in the last 2 years. This service is mainly popular with young people who were born during the 1980s and 1990s as well as residents of third or fourth-tier Chinese cities. More details are available at 2.

Social business for sustainable development was proposed by the Nobel laureate Professor Md. Yunus. Just like in any business, investors can put their money in social businesses that do not provide any return to the investor, though the capital is protected. The returns are reinvested in the business to help the disadvantaged population, such as the disabled, poor and the elderly. This has been developed with a view to maximise the benefits of donations from various sources (e.g., Corporate Social Responsibility funds) that are single use funds whereas social business funds can reuse the social investments multiple times. More details on various forms of social business are available on this webpage . Although many NGOs have been showing increasing interest towards the adoption of the social business model (SBM) to minimise social problems sustainably, lack of conceptual clarity of the model limits the scope of its adoption in addressing social issues. This study identified five key aspects of social business, namely: business’s mission and outcomes, characteristics, operation, resource utilisation and environmental considerations. Based on these five key aspects one may like to infer that unlike other social interventions, the alignment of SBM is specific to empowerment of disadvantaged people leading to sustainable economic growth. The SBM relies on technology to bring down the cost of social services including healthcare. For example, the proliferation of mobile phones in developing countries, have raised the spectre of better access to quality healthcare in a cost-effective manner. This necessitates the innovative and entrepreneurial minds as discussed next3. 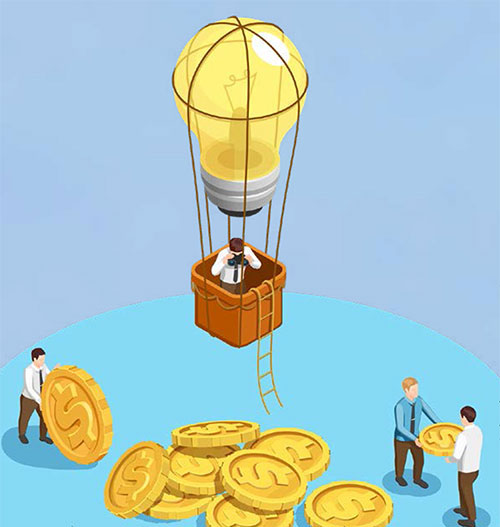 Mobile phones are instrumental to socio-economic and healthcare development in many disadvantaged sections of the population. Entrepreneurs can now exploit mobile phone-based technologies to achieve the UHC goals that cannot be achieved just by government investment. The use of ubiquitous technology, such as mobile electronic devices can support medical or public health practice and health systems cost-effectively Also known as m-Health). This has been embraced as the new frontier of ICT that will improve efficiency and effectiveness of healthcare, especially for the majority of the world’s population that live in low- and middle-income countries. The WHO has announced that m-health has the ‘potential to transform the face of health service delivery across the globe’. e-Health/tele-health/m-Health are now being used worldwide also for infection prevention of COVID-19. The Centre For Entrepreneurship (CFE) in UM-SJTU JI has been working on Technology Entrepreneurship for Sustainable Development (TESD) and has been leading a multi country initiative called mHealth for Belt and Road region (mHBR)4. 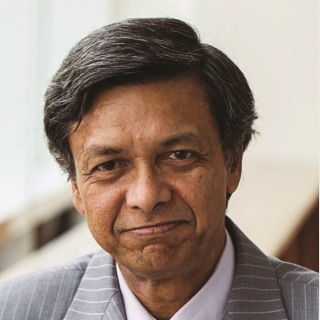 Pradeep Kumar Ray is the Founder Director of the Centre For Entrepreneurship (CFE) at the University of Michigan-Shanghai Jiao Tong University Joint Institute and is currently leading a major collaborative project called mHealth for Belt and Road Region involving eleven countries. He is the founder of the WHO Collaborating Centre on eHealth in the University of New South Wales (UNSW)-Australia (2013). 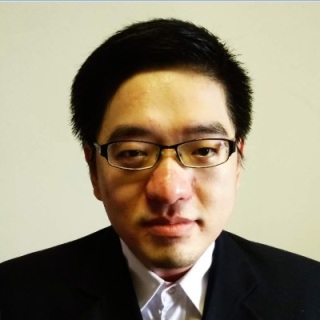