An ode to the team

It takes two to tango…To drive greater profitability of a hospital, the tango has to be well designed keeping an eye on the strategic management requirements from the leadership team with respect to the sociopolitico environment as well as an operating system that drives accountability, ease and joy to work amongst employees that leads to greater patient satisfaction. From a tactical perspective, this may be looked at as the team, the organisation structure and the underlying operating system of the organisation, well orchestrated to drive the business. 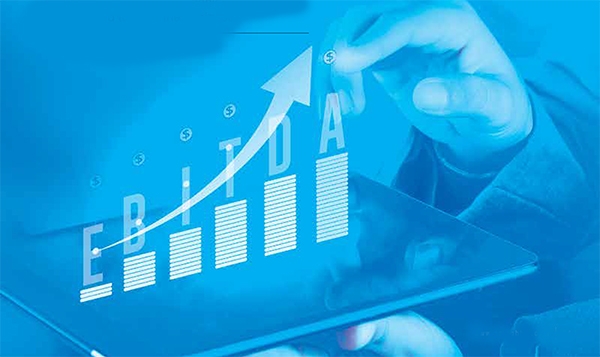 Incoming business and the generated top line is the key for any business. However, little is recognised that the accrued efficacy of the top line to convert to real profit is finally determined by the bottom line and the many factors that affect it. I would call it the dance of the devils.

This winning bop between the tTop line and the bBottom line is a simple result of an enabling and empowering management and leadership, a welltrained team, working over a seamless (information flow between financial tools, HRM, HIS etc.) smart system which at times may not be smart, much like an uncommon common sense. To get to this, is a systematic call to action by the winning team over a number of system loopholes and imperfections that finally culls in the deficiencies and walk towards profits.

While the big bulge at the top is much wanted, how the organisation functions finally determines the profits. A bulge in the tummy, read as many bureaucratic levels, complicated information movement from department to department, etc.…the fat here is always bad. This is true for all industries, only that the healthcare services sector is much more complicated. My emphasis is because healthcare is actually many industries rolled into one. Thus, to focus on higher profitability, one has to understand each of the subset industry and their adaptations to healthcare.

The hospitality, the pharmacy, the IT, the medical devices, the building infrastructure, the human resource management etc. are the few key subsets of industries within healthcare services. Each stream can add to the top line when used well or become a leaky pipeline as easily and as un-evidently! Fixing these leaky pipelines needs a thorough check as most of these would be invisible. A lot of hidden costs are because of things like the type of autoclaving, quality of devices and consumables, efficacy of low cost drugs, linen type etc. Choose a cheaper unit with compromised quality and it can up spends on number of units. A small example could be fancy lightings and panels. They look very appealing and fancy at the beginning but eventually become a maintenance hazard – both in terms of repair expense and cleaning expense needing more manpower and other things. So also for fancy furniture, the wrong furnishing materials, and also fancy linen for that matter. And cheaper is also not the best as is the common notion in some of these cases. One hospital chose antistain linen which was double the cost of the regular being used but allowed cutting the cost of discards by almost 30 per cent in the financial year.

Adapting various control measures across all areas with a keen eye on various metrics by an empowered team is the key to better service offerings as well as higher EBITDA. Thus also the fact that this is also proportional to patient satisfaction and a well trained team. What is also important is the engagement pattern between the clinical and non clinical teams. It is this engagement that finally defines the WINNING team. The outcome of the cubic moves between the clinical and non-clinical processes finally reflects not only in patient outcomes but also in the P&L numbers. The key metrics ALOS, ARPOC, ARPOB and ARPD push up through this engagement and reflect the dexterity in the medical programs, the efficiency in the patient schedules and finally the earnings.

The key to an efficient business that makes the most of the top line and maximises profits through the bottom line lies in the right operations formula that fits the geographic situation and resource availability. The geographic situation may refer to the specific medical service needs, the economic viability with respect to the buying power of the populations, the various central and state government schemes available for the population, the distribution and strength of the free of cost government facilities available.

The right formula refers to organisation structure, the structural, medical and digital infrastructure availability, and, the mode of operations and organisation capabilities. The operative formula could be centralised, decentralised, or a hybrid. The choice needs to be based on the geographic, socio-political climate, the type of services and the scale of operations. One formula may not fit all organisations and these differentiations need to be understood while deciding. Many times leaders end up making a mistake by blindly choosing basis a past experience from a past organisation in a different geography. Each organisation has a maturity curve in terms of creating and building a work system and ideology. While recreating such systems, a lot more thought needs to go into the various dynamics of the business itself and the business environment for a smooth transition. Most organisation re-engineering projects fail because of these dynamics being overlooked.

In the process of organisation structure and process re-engineering, a deep understanding of the existing methods and systems is mandatory. Look at it as relaying the existing plumbing lines, a tiny miss could cause a new leak alongside the existing ones. An interesting example would be of a pharmacy chain wherein a new digital system was created over the old one and this new system could not sniff out or capture the physical leakages that were happening underneath leading to a drain of at least half a percentage in the contribution, if not more.

These joints are critical to be seen in not only the Revenue Cycle Management processes but rather along the service lines leading upto these.

In a hospital parlance, the consumption that is slid into packages, the efficient usage based on quality and quantity during procedures being done, the specific supplies being used, the reuse patterns etc are an area often overlooked when creating financial efficiencies. Giving a small example. Some commonly used consumables in a chain of hospitals was changed by the purchase team and replaced by those that had a lower per unit cost. The quality check was forgotten during this transaction. As a result the consumption cost actually grew instead of the projected savings. Reason was simple. The end users ended up using much more of these as the items would break. The quantity of consumption almost doubled. An un-noticed cost which went up was also of the manpower resource as the turn around times to deliver the treatment went up. The nurses and doctors would spend more time doing the same thing as the consumables would break often. This also resulted in poor patient experience.

In a particular project, working on removing obstacles for the service providers actually resulted in building efficiencies and bettering net promoter score (NPS) and patient satisfaction scores. The financial resultant that reflected in the EBITDA of the hospital was to the tune of 3-4 per cent.

Subsequently building in these efficiencies with a combination of top line initiatives that included brand building (non lead generation rather health awareness focussed) activities resulted in higher per personnel revenue, keeping the staff as well as patients happy. Specific incentives enabled staff to earn more and delivering better services to the patients and that kept the patients happy. Of course, imperative through the exercise was for the team members to keep a close eye to their respective scorecards and overall hospital metrics of ALOS, ARPOC, ARPOB, ARPD, Contribution and other costs. It was
ultimately a well gelled team that was able to take on the journey from an annualised EBITDA of 16 per cent to 32 per cent with monthly figures touching 40 per cent approximately.

Overall, the key to WIN was always the winning team, the human resources that were trained to WIN, finally achieved the ‘FERRARI Moment’ in the words of a senior industry leader. 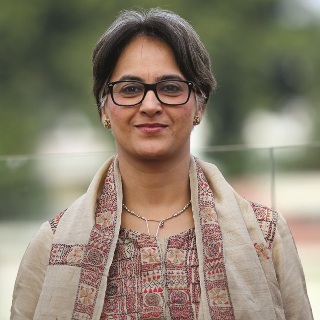 Gurrit K Sethi, Hospital Chief Operating Officer, Care Hospitals; Strategic Advisor for Global Health Services, Global Strategic Analysis, contributes to healthcare by helping providers build and better business efficiencies and concept development, also strives to contribute socially through the Swiss Foundation, Global Challenges Forum as Strategic Advisor, through conception of sustainable health initiatives. She started her career from the shop floor working her way up to lead and set up different healthcare businesses. In her words, her significant achievements have been in bringing to life different SMEs and SBUs signifying a change in the Indian healthcare scenarios, as the opportunity paved the way along the healthcare growth curve in the country. With over 18 years in healthcare under her belt, across different healthcare verticals, she has carried transformational changes in the projects she has led, four of those being early stage start-ups. Gurrit is an avid traveller and voracious reader of varied genres, attributes which she says, provide her with incisive insights about people and systems and what drives them.