Technologies Covered in This Report 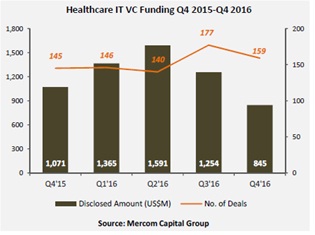 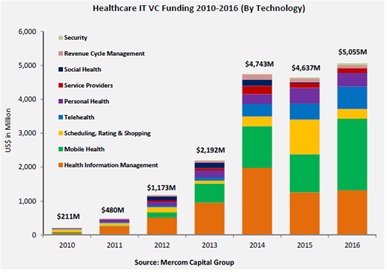 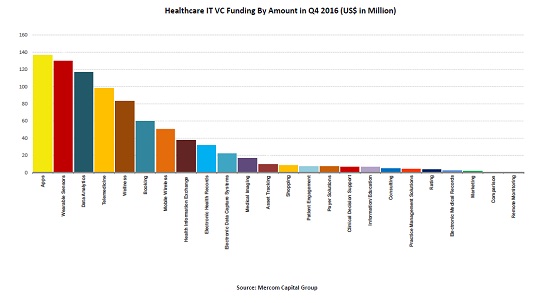 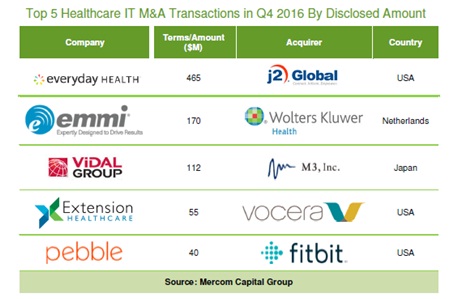 Here is how our report is different: Our report includes deals of all sizes, globally, to present a complete picture of Healthcare IT funding and technology trends. As an independent research firm, we have no conflicts of interest with companies covered in this report.

DISCLAIMER: © 2017 by Mercom Capital Group, llc. All rights reserved. Mercom hereby grants user a personal, non-exclusive, non-refundable, non-transferable license to use the Report for research purposes only. Mercom retains exclusive and sole ownership of all its Reports. When quoting from this report, please cite “Mercom Capital Group, llc”. Information contained in this publication is derived from carefully selected sources we believe to be reliable. Mercom, its employees, affiliates, agents, and licensors do not warrant the accuracy, completeness, currentness, non-infringement, merchantability, or fitness for a particular purpose of this report. Nothing in this report constitutes or should be taken as investment advice. For information about this document, please contact us at 512-215-4452 or via email at: HIT@mercomcapital.com.