TELEHEALTH IN THE BEFORE COVID-19 AND AFTER COVID-19 ERA

A story from India

Every sixth human on Terra firmalives in India. Providing quality accessible, affordable healthcare to anyone, anytime, anywhere is more than a daunting task. For the last two decades the author and others have repeatedly stressed that Telemedicine is the only answer to address the ever-increasing urban rural health divide in India. From a third worldcountry, India became an emerging economy and has even been described as a potential super power. The growth of remote Health Care has been steady but only incremental. With the outbreak of the COVID -19 pandemic Telehealth has become a buzz word in India. The exponential radical transformation ushering in ‘Contactless Healthcare’has been to say the least, incredible. This review discusses what Indian Health careappears to be posed for.

Every sixth human on Terra firma lives in India. Providing quality accessible, affordable healthcare to anyone, anytime, anywhere is more than a daunting task. For the last two decades the author and others have repeatedly stressed that Telemedicine is the only answer to address the everincreasing urban rural health divide in India. From a third world country, India became an emerging economy and had even been described as a potential super power. The growth of remote healthcare has been steady but only incremental. With the outbreak of the COVID -19 pandemic, it has become a buzz word in India. The exponential radical transformation ushering in ‘contact less healthcare’ has been to say the least, incredible. This review discusses the likely future of telehealth in India.

Telehealth in the pre-covid era

On March 24 2000,President Bill Clinton formally commissioned the world’s first VSAT enabled village hospital at Aragonda in the state of Andhra Pradesh in India ,see 1. This day marked the birth of formal clinical telemedicine in India. In 2001 Apollo Telemedicine Networking Foundation (ATNF) was formally established as a not-for-profit, Section 25 company. Taking modern healthcare to remote areas using technology was the mission of ATNF. Over the past two decades the Apollo Telemedicine Division alone has touched 10 million lives.

The oldest and largest multispeciality telehealth network in South Asia, ATNF has been followed by many other organisations. Arvind Eye System, and Shankara Nethralaya are globally renowned ophthalmic institutes running the world’s largest tele ophthalmology systems. There are at least 20 other institutions running full fledged active telehealth units besides hundreds of individual doctors and small clinics. However, for a population of 1300 million, telehealth was never really accepted by the community, including healthcare providers;and then came COVID 19.

When I first embarked on Telemedicine 24 years ago, the very word was unfamiliar to most. It took a decade of intensive persistent evangelisation to create the semblance of an awareness. The second decade was spent in trying to achievea behavioural modification and technology acceptance among all stakeholders in the eco system. During the last four years thanks primarily to Public Private Partnerships revenue generating business models have started to become available. The single most important challenge facing Telemedicineis addressing the question What is in it For Me(WiiiFM). WiiiFM is different for each stakeholder.

The first Telehealth public private partnerships (PPP) project in India commenced 5 years ago. Over 18,500 teleconsultations have since been given at a height of 14,500 ft. The world’s first 24/7 tele emergency service has seen about 1300 patients. Over 1 million teleconsultations have been provided under the Mukhyamantri Arogya Kendram (e-UPHC) project covering 182 Centres from October 2016. Another major PPP is one in tele-ophthalmology being carried out in 115 existing community health centres / vision centres run by the Department of Health and Family Welfare, Government of Andhra Pradesh in 13 districts. Through this Mukhyamantri e-Eye Kendram or MeEK project 1.5 million patients have been screened in 2 years. 355,000 fundus examinations were done remotely by 30 Opthalmologists from Chennai. We are also executing many other PPP projects in several other states. PPPshave brought remote healthcare into the mainstream.

Perhaps the challenges facing telemedicine today are far less as they are also addressable. The world has turned upside down because of the pandemic. I foresee that the challenge will no longer be to convince the healthcare provider and the beneficiary that telemedicine has advantages over in-person visits. Today the challenge is to quickly customise and make available a cost-effective, needbased, user-friendly, technologically efficient, and secure telehealth system which is compliant with newly formed regulations. The telemedicine system must be future-ready and culture sensitive.

Insurance companies in India have already started recognising telemedicine for reimbursement. Revenue generation is critical for ensuring self-sustenance. But necessity is the mother of invention, and there is an opportunity in every crisis. The challenges facing us in introducing telemedicine are not insurmountable as there is a pressing need for these services. This universal demand for telehealth alone makes all challenges to promote telehealth adoption,pale into oblivion.

Telemedicine, like medicine itself, is not a black and white concept. It has still various shades of grey. Look back to March 10th 1876 when Alexander Graham Bell made the world’s first telephone call – a request for medical help: “Watson come here I want you” after having spilt battery acid on himself. COVID-19 is providing us with tens of thousands of virtual non-COVID patients! One cannot ask for a more opportune time to start telemedicine.

Following notification of COVID-19 as a pandemic, the Ministry of Health,Government of India, notified the Telemedicine Practice Guidelines for the country on March 25, 2020. The proposal had been pending with the government for some time. Many doctors were not deploying telemedicine due to uncertainty of its legality. Following this, several thousand doctors have attended orientation programmes conducted by the Telemedicine Society of India and other organisations. I have personally given 22 webinars in the last 3 months on role of Telehealth in the present situation. Over 30,000 doctors have attended. One webinar was attended by 11,775 doctors. Another webinar was for 8 countries and 808 attended . The interest has been unbelievable. Simultaneously hundreds of hospitals in the public and private sector are offering free teleconsultations for screening of COVID-19 patients. It appears that the work from home (WFH) culture will include doctors as well! 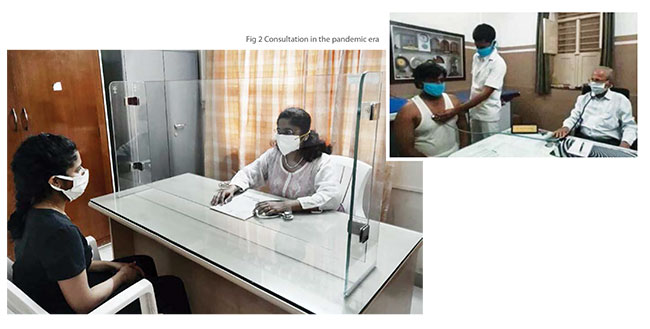 Telehealth is here to stay and will take centre stage after having been in the periphery for the last 24 years. There is no doubt whatsoever that COVID-19 in four months has achieved what we could not in 24 years.

Theoretically every single individual, healthy or sick, rich or poor, urban or rural, educated or not, can benefit in different ways through “contactless” medicine. Physical distancing is here to stay. This should not be mistaken for social or clincal distancing. Distancing is a term that should not exist for those deploying virtual healthcare— we are always there 24/7 on a small or large screen.

Looking back, the growth of telehealth during the past 20 years has been rather slow. Many of us were in a hurry, impatient, wanting to get things done yesterday. The first decade was spent in evangelising the idea, developing the product, and creating general awareness. For a product to excite the masses it must elicit customer delight and cater to consumer needs. Every member of the telehealth ecosystem needs to get a return on investment (RoI) not necessarily monetarily alone. Revenue generation is a must for sustenance. Philanthropy and corporate social responsibility can initiate an activity, not maintain it. Potential new users of telehealth are concerned that with the public and private sector offering teleconsultations pro bono during the pandemic this would be considered the gold standard, even in the post-pandemic era. The first Nobel Prize in Economics was for the concept that “there is no free lunch”. There is a cost to everything. Someone will have to pick up the bill.

Not in my wildest imagination would I have ever expected the slow incremental annual growth of telehealth adoption in India over the Last two decades to radically transform into an explosion. A strand of RNA has become the Global Chief Transforming Officer for Telehealth. Contact less healthcare will be the new normal. Distance will become meaningless. Geography will become History. Recognition of telemedicine by Insurance companies in India augurs well. Formal recognition of importance of telemedicine by the Govt. of India and state governments is making all the difference. No less a person than the Prime Minister of India has repeatedly stressed the importance of deploying telehealth. I am sure that from the outskirts where telehealth was lingering all along it will soon become centre stage. One day doctors and patients will probably ask “should it not have been like this always?” 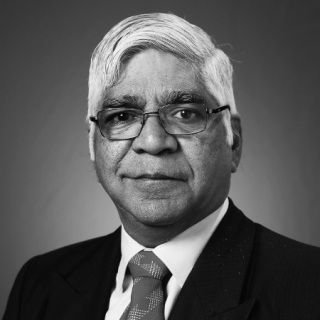 K Ganapathy Krishnan is on the Board of Directors of the Apollo Telemedicine Networking Foundation & Apollo Telehealth Services, India. He is Past President of the Telemedicine Society of India & the Neurological Society of India, Emeritus Professor @ the Tamilnadu Dr MGR Medical University India, a Visiting Professor Taipei Medical University & Member of WHO Roster of Experts on Digital Health. URL www.kganapathy.com