Nanotechnology has many advantages when applied to medicine. However, continued research into disease processes at the molecular level is essential for its development.

Diagnosing, treating and tracking the progress of therapies for each type of cancer that exists has long been a dream of oncologists, and one that has grown recently alongside developments in genomics, proteomics and cell biology. Now, a revolution in nanotechnology is pushing personalised cancer treatment closer than ever before. Future techniques in medical diagnosis and treatment have often been the subject of science fiction and fantasy. What was once the stuff of fiction is now closer to becoming reality. Nature already operates at the nanoscale and we are acquiring an increasingly profound understanding of natural processes at this scale, enabled by a new generation of scientific instruments. Armed with this knowledge, we are able to design devices that can either directly interact with, or influence, the behaviour of living cells. As with any nascent and rapidly developing field, there are research, technological and ethical challenges to be considered, and the approaches to these constitute an integral part of this field.

Nanotechnology has many advantages when applied to medicine. At the nanometre scale, materials often exhibit surprisingly different physical, chemical and biological properties, compared to the very same material in bulk form. The properties of nanoparticles, such as increased chemical activity and the ability to cross tissue barriers, are leading to new drug targeting and delivery techniques. In the future, a nanoparticle or a set of nanoparticles may be designed to search for, find and destroy a single diseased cell, driving us ever closer to realising the ultimate goal of disease prevention. In the foreseeable future, nanotechnology as applied to medicine, will lead to advancement in remote monitoring and care, where a patient may be treated at home, a less expensive option, and one that is more conducive to a successful medical outcome than treatment at a hospital.

Continued research into disease processes at the molecular level is essential for the development of nanomedicine, and involves teams of scientists from across conventional disciplines, such as physics, chemistry, surgery and mathematics, as well as those from the relatively new fields of genomics, proteomics, metabolomics, pharmacokinetic modelling and microscope design.

Highlighted below are the six main areas under which progress in nanomedicine is expected to advance over the next five to ten years. These areas were identified by the National Cancer Institute (NCI) in its 2004 Cancer Nanotechnology Plan1, which set out to describe how to accelerate the application of nanotechnology to cancer research and clinical care, emphasising the need for cross-disciplinary and cross-sector collaboration to develop and deliver the public health benefits. After each potential area for development, there is an analysis of the specific section, with three predicted development scenarios over the five to ten year time course: optimistic, realistic and pessimistic.

These six sections are:

As the field of nanotechnology continues to grow, an increasing number of countries are developing research agendas with particular focus on specific areas of nanomedicine. This has led to some identifiable research trends and initiatives. There are however, many research programmes with broad initiatives that are not specific to cancer. Some trends are highlighted below that have been identified from national and international reports.

At the CancerNano 2006 Symposium, held from 7th to 11th May, in Boston, MA, researchers from around the world gathered to discuss the next steps for taking promising cancer-fighting nanoresearch from the laboratory to clinical trials. The Symposium was co-produced by the Nano Science and Technology Institute, the National Cancer Institute (NCI) and the National Institutes of Health. “We have a lot of exciting nanotechnology research going on throughout the country, and our main goal now is to expand the connections between the nanotech and cancer communities, and help get today’s cancer-focused nano research out of the labs and into clinical trials,” stated Dr Mansoor Amiji, co-chair of the Symposium from the Department of Pharmaceutical Sciences at Northeastern University in Boston.

At the present stage, it is not possible to determine the amount of funding that has been allocated to nanomedicine with respect to oncology. This is partly due to the emerging nature of the technology, but primarily because much nanotechnology R&D at this stage is not disease-specific, being at a much more basic and therefore general level. There is however, information relating to nanotechnology funding as a whole. Nanotechnology R&D spending is distributed among governments (including national, regional, State and local), universities, corporations and venture capital investors. The availability and consistency of accurate figures varies for the different categories. When comparing the available data for various countries, difficulties can arise due to differences in the definition of nanotechnology, the inclusion of private contributions or other variations in the calculation of government funding, difficulty in getting some private, especially venture capital, investment data, mismatch in investment periods, and the various exchange rates employed. 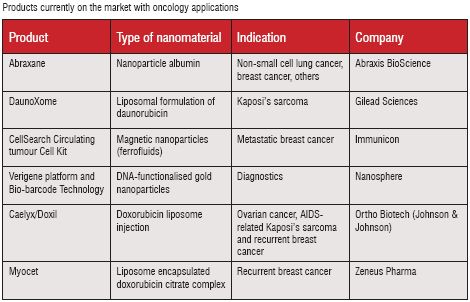 The majority of products in development for the treatment of cancer are still in preclinical development, though a few are nearing approval and possible market launch. Of the products identified by Espicom Business Intelligence: 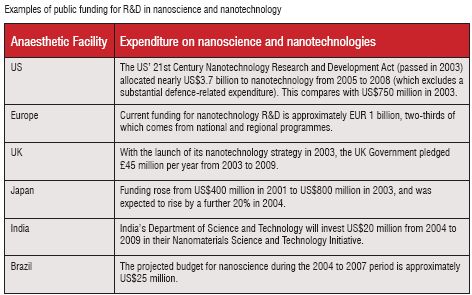 In its report “Emerging Opportunities in Cancer Nanomedicine” (published August 2006), Espicom identified six products that are employing nanotechnology in relation to cancer treatments which are currently on the market. Four drugs that have already been launched are all reformulations of currently approved anticancer drugs that aim to reduce the side effects associated with the original forms. This seems to be a common trend for many of the companies that are developing nanomedicines: trying to improve the safety profiles of drugs that are already approved. This offers many advantages over developing novel therapeutics and is showing that nanotechnology can be used safely. Once these drugs have been on the market for a period of time then it may give other companies the confidence to develop therapies incorporating nanotechnology from the drug discovery stage. However, it will be some time before these start to make their way through into companies’ development pipelines. 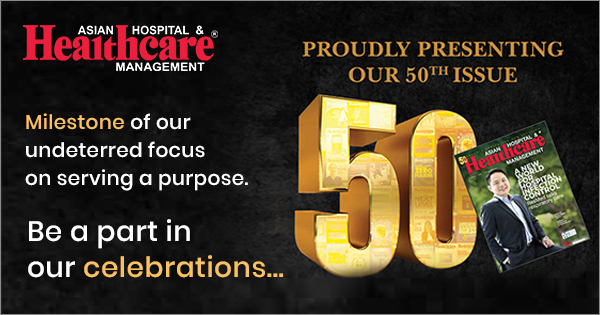