Cancer patients need specialist care that necessitates responsibility and is accountable for the quality of the treatment. The last few decades have seen considerable efforts made in the treatment and prevention of cancer around the world, but it still looms large over our lives, especially in India for a multitude of reasons.

The physiology of each organ in the human body is different. Cancer diagnosis produces varying impact on a cancer patient’s life-emotional, social and financial. Cancer is not just a disease. It’s a disease that can become resistant to almost anything. India is slated to become the country with the maximum populace of individuals below the age of 40 years by the year 2020!   Early diagnosis and regular screening tests could alleviate much of the suffering and death due to cancer.

All cancer patients face the difficulty of making the right decisions regarding their course of care. Cancer patients need specialist care that necessitates responsibility and is accountable for the quality of the treatment. The last few decades have seen considerable efforts made in the treatment and prevention of cancer around the world, but it still looms large over our lives, especially in India for a multitude of reasons.  The incidence of cancer has reached mammoth numbers with India being the third country after China and the USA with the maximum number of cancer cases. Ignorance about the disease, its symptoms and a delay in visiting medical experts for a proper diagnosis has increased the prevalence of this illness which is anticipated to grow by 30 per cent in the next 5 years.

Breast cancer is one of the most common cancers to affect women globally as well as India. Lack of awareness contributes towards the growing numbers every year. A majority of oncologists have suggested cancer literacy and amongst women especially those between 40 and 60 years for them to undergo a regular screening schedule which would help detect cancers in their early stages and assist doctors to treat them effectively. Cervical cancer caused by the Human Papillomavirus (HPV) is another common cancer among Indian women and accounts for 12  per  cent  while oral cancer accounts for 7 per cent of new cancer cases every year. The three most common cancers that affect men in India are Prostate, Lung and Colorectal. Oral cancer is a major health problem in India as in most cases it gets detected only in the later stages of the illness resulting in lesser cure options and higher expenses. This type of cancer is predominant amongst the lower socio-economic classes of the country, because of their high addiction to tobacco, tobacco products and tobacco substitutes. People residing in rural areas are able to avail of minimal health services and very few medical personnel. This delays the diagnosis of the illness leading to inevitable tragic results. The urban Indian women are affected more by cancers of the uterus, ovaries and lungs while men suffer cancers of the colon, rectum and prostate. The Indian Council of Medical Research (ICMR) data has explicitly cited the number of cancer cases to increase at an estimated number of 1.45 million new cases every year. 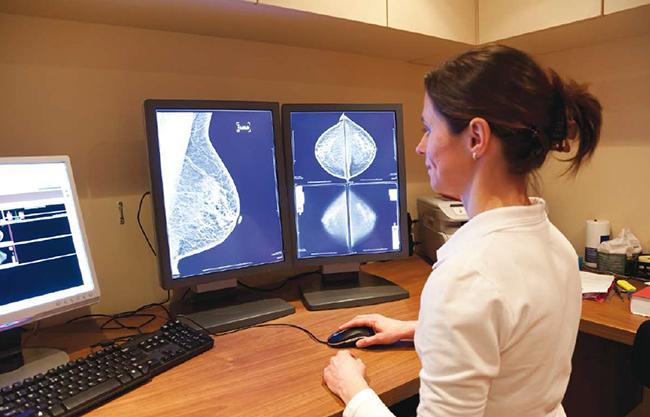 The fast-paced lifestyles, unhealthy eating habits and addictions like smoking and drinking are some of the key factors attributing to the increasing number of cancer cases.

India’s massive socio-economic inequalities in access to healthcare and other areas have led to a steady increase in the number of cancer cases throughout the country. There is immense regional variation in the occurrence of cancer in India. The rural areas of India experience large numbers of untreatable cancers primarily because of a dearth of funds, knowledge about the disease and extremely poor treatment facilities. As a country, India has a minimal rate of public expenditure (1.5 per cent  of its GDP) on healthcare which is the cause of the rising incidence of various incurable illnesses, making it a nation with the poorest amount of expenses on public health care.  A severe shortage of trained medical & health personnel and a lack of facilities makes access to good treatment highly challenging. The sedentary lifestyle coupled with unhealthy eating habits, consumption of alcohol and tobacco, engender symptoms of various illnesses and a lot of those leading to cancer.

A considerable amount of ongoing research to provide affordable treatment and mitigate the effects of this disease is being complemented by enhanced technology. Some of the most notable new technologies includes the Epigenetics treatment which, like chemotherapy (although less toxic), helps to transform cancer affected cells to healthy cells.

To counter these cancer trends, India has become the epicentre for upcoming cancer speciality hospitals. There are many leading hospitals in India which are furnished with the most advanced technology to treat cancer patients effectively. There are multiple hospitals founded by individuals who have been veterans in the field of cancer care and treatment, who have made a huge difference with their scientific approach and methodologies. Cutting edge technology such as Cyclotron and PET-CT have been introduced in the Indian subcontinent.

Today, Indian hospitals are more than equipped with the latest technology and are at par with international standards of care to treat a multitude of cancer cases. Nuclear medical oncology and molecular oncology departments are not alien to the top leading Indian hospitals which utilise the most advanced technology in the treatment of cancers. Today, cancer treatment is definitely on par and perhaps, in some cases, even better than the existing treatments in some countries across the globe.

Indian Council of Medical Research (ICMR) has predicted that by the year 2020, India will witness more than 17.3 lakhs new cases of cancer and more than 8.8 lakh Indians would die because of it. Unfortunately, a majority of the patients visit hospitals for diagnosis or treatment in the advanced stages of the illness. The need of the hour is therefore heavy investments in prevention techniques, vaccinations, cancer awareness and screening, along with a focus on clinical data research and studies for developing better cancer fighting techniques.

Today, medical researchers and experts are more focused on health literacy as a vast number of the rural population is totally ignorant of the onslaught of such diseases. Efforts by government are being taken to slash the prices of cancer drugs to make them more accessible to the lower socio-economic sections of society. Pharmaceutical and biotechnology companies are consistently working on new research in the areas of molecular treatment for varied cancer pathologies.

Many R & D institutes are involved in educational and screening efforts to ensure prevention of disease at early stage. Regenerative medicine such as gene therapy and tissue engineering have shown encouraging results with wide range of cancers including lung cancer, pancreatic cancer, protate  cancer, and malignant melanomas. At least 12 companies across India are in the process of developing liquid biopsies to identify cancer cells and tumours. Nanotechnology is being actively resorted to by researchers to selectively treat cancer cells and  enhance the efficacy of certain treatments.

Some leading hospitals resort to artificial intelligence based novel breast cancer screening solutions. Clinicians are now resorting to machine learning which they believe will enable them to develop patient-specific cancer treatments by analysing individual biology. Organ-specific cancer treatment is another insightful procedure which is gaining much success in India. Next Generation Photodynamic Cancer therapy (NGPDT) is a new technology  which treats almost every type of cancer. 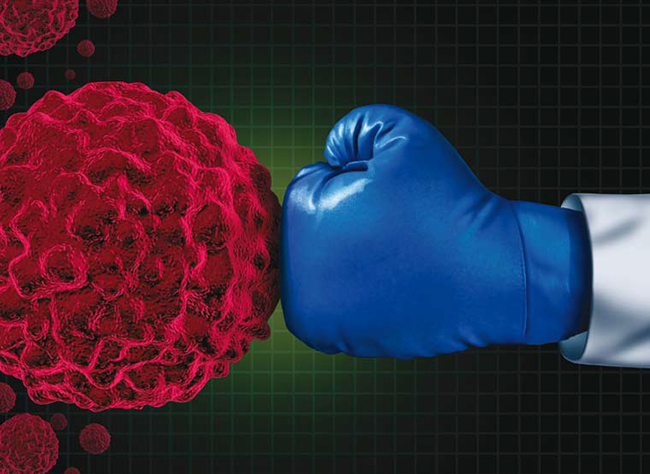 It uses the therapeutic properties of light to kill the growth of cancerous cells and is regarded as, perhaps the most innovative treatment of this century. This technology is being used in China for the treatment of all except blood cancer. Medical experts are still researching the after effects of the treatment and if proven consistently positive, it may prove to be the best ever treatment for cancer.

Digitisation in cancer care and treatment is a positive step which has been initialised by some of the leading cancer hospitals of India. A digital centre is being set up to connect all 108 hospitals that are a part of India’s National Cancer Grid. This will enable a cancer patient to make a call from her mobile to a specific number where she will be assisted by specialist doctors and, trained personnel who will discuss, understand and suggest an oncologist at a cancer centre in close proximity to the patient’s residence. This grid will also help in fixing appointments for the patients, update the patient  for her next visit and any tests which she may have to undergo. The medical file of each patient will be digitised which will be a boon to the patient especially in the case of second opinions.  This grid will also serve in the case  of other infectious diseases and specialist treatment for the same. Doctors will be able to document treatment plans in real-time and patients will be able  to avail of specific treatment prescribed to them in their city of residence.

Health camps to educate the masses and making them aware of the disease and its repercussions are imperative, especially in the rural regions of a country like India. Health literacy will prove to be one of the most effective measures towards containing this dreaded illness. The commendable amount of  R & D in the treatment and cure of cancer has made this  disease less of an ominous illness. Efforts are being made to reduce the number of tragedies.  A choice of the right hospital and the right treatment facility which entails not only the requisite treatments for illnesses like cancer, but employs a humane approach to serve them throughout their treatment is the need of the hour. 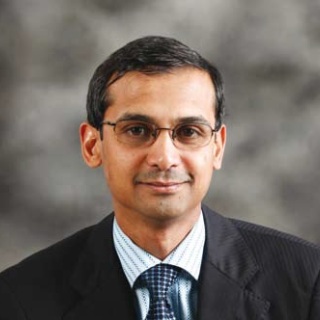 Suresh Ramu is also a Co-founder & Director of Cytespace Research and Co-founder of Medwell Ventures. Prior to establishing Cytespace in 2011, Mr Ramu spent 10+ years with Quintiles Transnational. As Vice President and Head – India, for Clinical Development Services, he managed all aspects of clinical trials conduct in the country. Holding diverse senior leadership positions, he was instrumental in creating two valuable assets for the organisation – the world’s largest multi-shift data management operations to process clinical trial data, and Asia’s largest cardiac safety lab. In his consulting role, Mr Ramu advised on process improvement, cost management and customer relations at PricewaterhouseCoopers. He was also an early team member at a telemedicine start-up in India. Mr Ramu has a Bachelor’s degree in Engineering from the Indian Institute of Technology in Madras, and a Master’s in Business Administration from the Indian Institute of Management – Calcutta. He is a member of the American Society of Clinical Oncology and has presented at various professional conferences in India and abroad.