The Global Advancement of Diabetes Management

Over the years there has been tremendous advancement in pharmaceutical science, biomedical and technology to manage people with diabetes to lead a normal life. This article provides a brief overview of how diabetes management has evolved over the years and how 24/7 monitoring of diabetes helps in managing the condition better and increases life expectancy.

It is hard to believe that 95 years ago diagnosis of diabetes meant death. Since the discovery of insulin in 1921, the mortality rate has decreased, but people with diabetes have suffered from long-term complications leading to blindness, kidney failure, amputation and heart attack. With time, the focus on the management of diabetes has shifted from ‘keeping patients alive’ to ’keeping patients free of complications’. Over the years there has been tremendous advancement in pharmaceutical science, biomedical and technology to manage people with diabetes to lead a normal life. This article provides a brief overview of how diabetes management has evolved over the years.

The story of diabetes mellitus — its discovery, description, and treatment— is a remarkable chronicle covering thousands of years of medical history. 3500 years ago the ‘experts’ of the pharaoh of Egypt, preferred the option of a mixture of ‘water from the bird pond,’ elderberry, fibres from the asit plant, milk, beer, cucumber flower, and green dates to manage diabetes. Diabetes has been described under the heading ‘PRAMEHA’ in Ayurvedic texts like Charaka Samhita and Sushruta Samhita. In Charaka Samhita, it is described that Prameha (Diabetes) is of two types.

It was Thomas Willis’ observations in the year 1674 and Matthew Dobson’s experiments in 1776 that established the diagnosis of diabetes as the presence of sugar in urine and blood. Before the 1920s, there were no effective treatment for diabetes and it was a fatal disease. Dr.Frederick Allen prescribed low calorie diets that restricted patients to 450 calories per day. It prolonged the lives of some people with diabetes by a year or two. However, this changed dramatically with Frederick Banting's work, who discovered and isolated insulin at the University of  Toronto in 1921–22. This was one of the greatest events in the history of medicine. The innovation of insulin therapy has helped prolong the life expectancy of people with Type 1 diabetes.

Gradually the knowledge on diabetes improved and clinicians learnt to distinguish between Type 1 diabetes, where insulin was lacking and Type 2 diabetes where insulin was working inefficiently. The mainstay of treatment was still insulin. For many years, beef/pork pancreas were the only source of insulin. Human insulin became available in the early 1980s and was the first commercial product developed by the recombinant DNA technology.

Metformin was introduced as another tablet for diabetes in 1959 but was not approved in the United States until the 1990s. Today, metformin is the most widely used treatment for Type2 diabetes in the world. Its primary mechanism of action is its ability to reduce glucose production from liver, but it also reduces glucose via a mild increase in insulin-stimulation mechanism.

Another major advancement has been in the field of self-blood glucose monitoring by patients. One drop of blood is placed on a disposable test strip which is connected to a digital meter. The level of blood glucose will be shown immediately and patients now can alter their treatment. There have been advances in alternate site testing such as skin, tears etc. This technology will have the potential to give continuous blood glucose readings. Nowadays, there are smart glucometers available with a SIM card that can transmit data in real time to the care givers, based on which they can then provide guidance in managing the patient’s diabetes.

In the late 1970s, the insulin pump was designed to mimic the body’s normal release of insulin. The pump dispenses a continuous insulin dosage through a cannula (plastic tube), using a small needle that is inserted into the skin. The new-age pumps are light, compact and can easily be carried in a pocket or clipped to a belt. Most of the recent pumps are linked to continuous blood glucose meter and can automatically adjust the dose of insulin.

Yet another innovation in the treatment of diabetes has been Islet transplantation. Islet cells are present in pancreas and are responsible for secreting insulin. These cells are isolated from a donor pancreas and purified. This is then injected into the patient's liver under ultrasound control without any major surgery. Once transplanted, these cells produce insulin and regulate glucose levels in the blood. It is an experimental treatment for Type 1 diabetes mellitus.

Another new development that has evolved over many years is the HbA1c test. This was devised in 1979 in order to create a more precise blood sugar measurement (The oxygen-carrying pigment in red blood cells, is used to track glucose changes over a period of three months). The HbA1c became a standard measurement for blood sugar control in the comprehensive ten-year study from 1983 to 1993-the Diabetes Control and Complications Trial (DCCT). With the conclusion of the DCCT in 1993, studies showed that people who were able to keep their blood glucose levels as close to normal as possible had less chance of developing complications, such as eye, kidney and nerve disease.

Diabetes is a multi-faceted chronic illness requiring continuous monitoring. Today, physicians require real-time access to patient data to provide the best care options. Diabetes management may be challenging and patient’s caregivers may need special guidance to take care of the patient. Keeping this in mind, progressive healthcare organisations have developed 360-degree comprehensive care for diabetes with a 24x7 monitoring team for the patient. Organisations have introduced IoT-enabled personal devices with in-built decision-making capacity to enable the patient to self-manage his/her diabetes. On one hand, this solution supports patient profile management based on electronic medical records and on the other hand, it provides seamless connectivity between the patient’s IoT device, doctor’s mobile app, nutritionists’ information system and patient’s electronic medical records.

Scientific evidence demonstrates that most of the diabetes complications can be reduced by managing blood sugar level with diet, exercise, and medication. Blood pressure and blood cholesterol control is also important to prevent complications. Technological advances and connected devices help patients to improve their blood glucose level. Unfortunately, there is still a significant disparity between available and ideal diabetes care. Health coaching with self-monitoring of blood glucose is still the cornerstone of care for all people with diabetes. 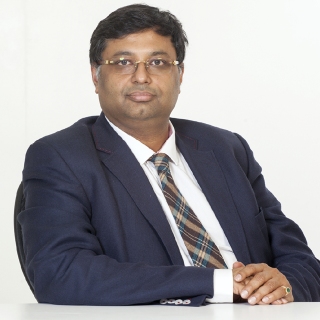 Sanjiv Agarwal is the MD & Founder of Diabetacare. With over 20 years of entrepreneurial experience in the field of healthcare in India and the UK, he has a brilliant knack of understanding the healthcare needs of the consumer. The gaps and voids he noticed in diabetes management programs in India led him to establish Diabetacare, a 24x7 diabetes care service that utilises mobile technology to manage and monitor diabetic patients’ health.