The Availability and Access to Mental Health Services for Airline Pilots

A medical certificate is mandatory for professional pilots and they should regularly attend periodic examinations made by aeromedical examiners. However, pilots may develop medical problems or fall ill between examinations and in this case, they will need a medical assessment. Traditionally, airline companies have provided this treatment, but today many airlines do not have their own in-house healthcare specialists and services. In this situation, it is important that pilots have access to aviation-knowledgeable health services outside of the airline. This is particularly true for mental health services. This is to ensure flight safety.

After the Germanwings pilot murder-suicide crash in the French Alps on 24 March 2015, there has been concern for individual pilot’s mental health (Vuorio et al., 2015, Germawings Accident Investigation 2016). Over a 20-year period, estimates of aircraft-assisted suicides in the United States (1993–2012) in general aviation has been shown to be 0.33 per cent (Vuorio et al., 2014) and the crash raised concerns regarding airline transport pilot's mental health and well-being. The accident investigation report of the Germanwing’s incident highlighted problems in the healthcare system. Much of the problem focused on communication between the aircraft operator and the medical specialists outside of the airline treating the pilot (Vuorio et al, 2018). A significant problem was that the pilot was being treated by healthcare specialists that may have had no proper understanding of special aviation requirements including an emphasis on flight (and public) safety. Specialist aviation doctors, termed Aeromedical Examiners (AME), were not directly involved the health evaluation process. The health evaluation regarding airline pilots is demanding and when a pilot's health assessment is carried out, the doctor may face conflict between pilot (and patient) privacy and public and third-party safety. If the doctor is not aware how to handle this potential conflict of interest, he or she may encounter challenges and difficulties.

From a regulatory perspective, airline pilots' healthcare is mainly taken care of by doctors who have been specialised in aviation medicine. Those doctors are called aero-medical practitioners. They typically assess airline pilots annually or six-monthly, depending on the age and medical circumstances of the pilot. Pilots are required to consult AMEs whenever they have concerns or questions relating to their health, and that affect crew licensing and flight safety. This may include advice on the acceptability of certain prescribed medications or the effects of specific medical conditions, among many other issues. Likewise, there are specially trained psychologists who are called aviation psychologists. Like AMEs, they are aware about aviation health requirements as well as specific issues relating to the aircraft work environment and challenges to pilot mental well-being. The aim is that airline pilots, consult such professionals even with a very low threshold of severity with concerns about mental health issues.

There are two practical problems related to AME or aviation psychologist consultations regarding issues related to the mental health of pilots. First, airline pilots fear the loss of their medical license if they speak-up even with a trusted healthcare professional about mental health issues (Bor et al. 2017). Secondly, if the pilot does not have any company-organised occupational healthcare, he or she may avoid using aviation-trained and experienced specialists to save on costs and to ensure privacy (or secrecy) surrounding their mental health. The latter situation is surprisingly common. Today, there are likely to be pilots working in airlines who are self-employed with limited or complicated contracts, and many of whom will have no company-organised occupational healthcare. Additionally, many smaller airlines also do not have their own occupational healthcare.

After the initial selection process, pilots are subject to an annual (or six-monthly) health examination which is carried out by AME. Especially, after the Germanwing’s crash, more attention is now given to assess mental health and well-being issues in the course of these frequent AME assessments. However, some mental health problems may only emerge between periodical medical examinations. In these situations, it is important that the pilot has rapid and direct access to competent and confidential care by specialist doctors and psychologists familiar with the unique requirements of aviation medicine and aviation mental health.

Experiences of aviation healthcare services at the airport

The experience of working at health centres In Finland and the United Kingdom offer an illuminating experience in practise of the nature of mental health issues pilots may experience. The range of issues related to mental health experienced by pilots is very wide. Challenges relating to coping are very common. Work patterns and irregular shift-work may be irregular and sleep patterns commonly disregulated. Fatigue is a common problem. It is not possible to use sleeping medication in a pilot's job. Fatigue can lead to further problems such as relationship difficulties, physical ill-health as well as depression. Airline pilots generally find it especially difficult to talk about depression. There is clearly a fear of losing one’s medical certificate. Yet many pilots are still unaware that depression can be treated and a return to flying work is possible once the treatment is successful. Depression that has not been reported to an AME may go untreated. The consequences for work and social relationships, as well as flight safety can be serious. Changes in the workplace, such as crew rostering, longer duty hours and occupational insecurity increase mental stress and are seen as particular challenges. Daily operational occurrences such as flight delays, technical problems with aircraft, and perhaps illness or death of a passenger or a rejected take-off or landing only add to the ‘bucket’ of stress accumulating in the pilot’s life. The importance of these challenges is clearly growing. In some cases, the post-incident analysis and the need to go through the issues with the prospect of blame or attribution may come to the fore. In order to encourage more pilots to share their challenges and to seek appropriate care and treatment, it is vital that physicians and psychologists treat pilots in confidence but also consider public safety.  The threshold for contacting AMEs or psychologists should be as low as possible. The international provision of AME services is important because when a problem arises, a pilot may be working abroad.

The workload of airline pilots is getting busier and more demanding. At the same time, the structures of airlines are changing, and some pilots work as self-employed or with complex contracts. In this case, the pilots may not have aviation occupational healthcare to which they can self-refer if necessary. This can lead to significant delays, especially in the treatment of possible mental health problems. Pilots should therefore be offered specialised aeromedical and aviation psychology services worldwide. These services are especially needed for pilots who do not have company-organised occupational healthcare. Adequate provision of such services facilitates pilots being assessed and treated in the shortest time, returned to work more speedily and flight safety being ensured. 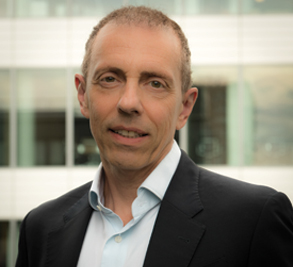 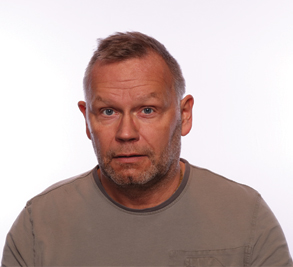 Adjunct Professor Alpo Vuorio (MD, PhD) is a specialist in occupational medicine. He has completed an MSc in Aviation Medicine, an MSc in Human Factors and System Safety, and an MSc Aircraft Accident Investigation. He works as an AME at Helsinki Airport and in Finnish SIA. His research efforts focus on diseases affecting performance in aviation.