The TIGER Trial Introduces a Novel Tool for Physicians

The multi-center TIGER trial investigated the effectiveness and safety of a new class of radially adjustable stent retrievers for acute ischemic stroke.  The analysis showed that 84.6 per cent of patients achieved successful reperfusion, with a very low symptomatic intracranial hemorrhage at 24 hours andembolisation to new territory rates.

Patients experiencing acute ischemic stroke (AIS) are at risk for rapid and permanent loss of brain tissue. Thus, all currently available AIS treatment therapies aim to restore blood flow rapidly and effectively in the brain. To restore blood flow, occluded blood vessels must be recanalised either by pharmacological agents that lyse blood clots or by endovascular thrombectomy (EVT)devices such as aspiration catheters and stent retrievers that physically remove the clot.Intravenous recombinant tissue plasminogen activator (IV-tPA), an effective clot lysing pharmacological agent, has been shown to be effective in improving AIS patient clinical outcomes. However, the safety and effectiveness of IV-tPA has a narrow 3-hour time window, i.e., time from symptom onset to time of drug administration. While emergency medical services (EMS), hospital workflow, and stroke education have improved symptom onset to treatment times, an alarmingly low 2-3 per cent in the US and 4 per cent in the EU receive IV-tPA(Grunwald et al., 2011). Additionally, some blood clots are resistant to IV-tPA, and slow, partial, or no recanalisation occurs. IV-tPAhas also been associated witha 7 per cent rate of symptomatic intracranial hemorrhage(NINDS, 1997).

EVT is a successful AIS treatment approach. EVT significantly improves outcomes in AIS caused by large vessel occlusion. Specifically, stent retrievers have more rapid and complete recanalisation, and a potentially lower risk for intracranial hemorrhage. Clinical trials testing the safety and effectiveness of the newer generations of stent retrievers also report improved clinical outcomes. As a result, EVT within a 24-hour treatment window is now the US standard of care for AIS caused by large vessel occlusion.

Why a new class of radially adjustable stentretrievers is needed?

Limitations to self-expanding stent retriever technology exist. This is evidenced by several reports evaluating newer generations of stent retrievers.  One measure of evaluation is successful revascularisation, measured by the modified TICI (mTICI) scale that scores vessel filling, which can be visualized when a contrast agent is injected into blood vessels. Failure to achieve successful revascularisation(mTICI 2b-3) occurs in one quarter of patients (27 per cent); failure to achieve excellent revascularisation(mTICI 2c-3) occurs in two-thirds (68 per cent)(Mayank Goyal et al., 2019). Additionally, there are risks associated with EVT. One is that during attempted clot retrieval, the clot may fragment, and small broken pieces of clot may migrate to new territories of the vessel. The pooled rate of embolisation to new territory (ENT) from six pivotal historical studies is 7.4 per cent(Berkhemer et al., 2015; M. Goyal et al., 2015; Jovin et al., 2015; Nogueira et al., 2012; Saver et al., 2015; Saver et al., 2012). As a result, stent retrievers continue to evolve more sophisticated meshes designed to better capture the clot. It must also be noted that perforations and hemorrhages are also EVT-associated risks. The pooled symptomatic intracranial hemorrhage (sICH) ratefrom the same historical studies is 4.4 per cent.

Results of the TIGER trial

Results of the multi-center TIGER trial were announced recently at the International Stroke Conference (ISC) virtual meeting (March 17-19). The objective of the trial was to evaluate safety and effectiveness of Tigertriever in restoring blood flow by removing clots in patients with AIS caused by large vessel occlusion. The design was a multi-center, single-arm, prospective, objective performance criterion, IDE study. Safety and effectiveness outcomes were compared with those from the historicial control, six pivotalstudies of marketed stent retrievers (Solitaire and Trevo)(Berkhemer et al., 2015; M. Goyal et al., 2015; Jovin et al., 2015; Nogueira et al., 2012; Saver et al., 2015; Saver et al., 2012). The primary effectiveness endpoint was successful revascularisation (mTICI2b-3), and safety endpoints included rates of sICH at 24 hours and ENT at the end of procedure.

One hundred seventeen (117) patients were enrolled in the main study phase in 16 participating US sites and 1 participating site in Israel. Demographics of the enrolled patients are described in Table 1 and were similar to those in the six compared studies. Notably, the time from arterial puncture to successful revascularisation was 24 min, a faster time that differs significantly from the rates reported in the other studies. Last known well to revascularisation times did not differ significantly suggesting that how the device performed during the procedure directly contributed to better outcomes than improved hospital workflow times alone.

The TIGER study analysis demonstrated that the Tigertriever device may be safer than other devices. The rate of the sICH rate is 1.7 per cent compared to the pooled rate of sICH4.4 per cent in other studies. Most notably, the rate of ENT was 2.6 per cent compared to the historical rate of 7.4 per cent. These data suggest that the Tigertriever better captures the clot and prevents fragmentation during retrieval. This may be due to thedesign that permits the operator to expand and collapse the wire mesh while inside the vessel at the occlusion site actively embedding the clot inside the wire mesh (Figure 1).

Safety and effectiveness were similar in small diameter vessels when compared to large diameter vessels. The small vessel diameter mean was 1.5 mm, range 0.69- 1.94 mmand the larger vessel diameter mean was 2.7 mm, range 2-6 mm.Rates of both the primary effectiveness endpoint (successful revascularisation) and the safety endpoint components (sICH at 24hours and ENT) were comparable in small and larger vessel diameter groups. These data support the idea that EVT is a promising AIS treatment approach for small or medium vessel occlusions.

The Tigertriever offers a safe and successful revascularisation treatment in ischemic stroke due to LVOs with reperfusion rates and a safety profile similar to alternative devices. The good clinical outcome measured as mRS0-2 at 90 days, was shown to be comparable to other similar IDE studies investigating other stent retrievers. Moreover, the low rate of ENT may be mainly contributed due to the Tigertriever’s braiding, visibility and controllability technology designed for enhanced positioning around the clot, trapping of the clot inside the mesh, and keeping the clot inside during retrieval. Moreover, the data suggest that the Tigertriever may be safe and effective in treating occlusions in vessels with small diameters when comparing primary safety and effectiveness outcomes in subjects with occlusions in small vessels to the subjects with larger vessel diameters. 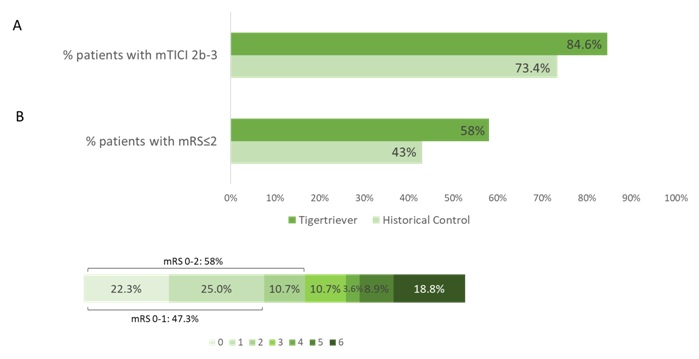 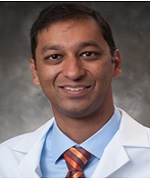 Rishi Gupta, co-chief of Neuro Care and director of the cerebrovascular program at Wellstar Health System, has been instrumental in developing and expanding the stroke, neurocritical care, and neuroendovascular program since he joined Wellstar in 2013. A leader in his field, Gupta has worked to ensure patients across metro Atlanta receive cutting-edge, timely therapeutics for acute ischemic and hemorrhagic stroke. 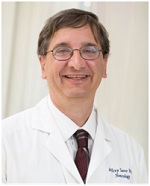 Jeffrey L. Saver, Medical director of the Stroke Unit at University of California, Los Angeles (UCLA) Medical Center, an associate professor of neurology at the School of Medicine, and codirector of the Stroke Center. His research focuses on stroke prevention, treatment, diagnosis, and cognitive and behavioral consequences of stroke.