The article talks about complexity of Leukemia, a type of blood cancer and advancement in treatment. It also brings out the need to advocate early diagnosis of the disease since burden of the disease is high in low income/ developing countries.

Leukaemia was officially diagnosed in the year 1845 by John Hughes Bennett in Edinburgh. He was an English physician, physiologist and pathologist who first described Leukaemia as a blood-disorder. During the 19th century, European physicians called the abnormality ‘weissusblut’ or ‘white blood’ since the level of white blood cells in patients was found to be abnormally high. Classification of Leukaemia took place in 1913. Effective treatments of the same started in 1940s, and researchers have come a long way since then. What has not changed is the anonymity of symptoms and causes specific to Leukaemia.

Symptoms of Leukaemia
The following symptoms are not specific to a blood-disorder and are often diagnosed to overlap with other medical issues. Signs of malaise, abnormality, hypoglycaemia, fatigue may easily fool one into ignoring a bigger issue at hand, while a low-grade fever that stays, swollen gland in the neck, groin or under the arm, bleeding from gums, rectum or nose, easy bruising, or very heavy menstrual flow are few signs indicating towards a haematological malignancy and grave enough to visit a medical expert. These symptoms are associated with haemoglobin, platelet, and white-blood cell count. Hence, a complete blood-cell count will determine major health risks regarding the disease. Chronic leukaemia in many cases is asymptomatic and appears spontaneously in the patient.

Causes and Prevention
The old saying goes – “Prevention is better than cure”, but it has not shown much relevance in the lives of Leukaemia patients. This is simply because its aetiology has remained unveiled till date. According to observations made so far, the patients fighting Leukaemia have acquired it through a genetic predisposition. Some patients battling other type of cancer when undergo radiation therapy develop a high risk of Leukaemia. Other causes revolve around exposure to chemicals such as Benzene or Formaldehyde.

Types and Progression
The type depends on the cell that has been affected by cancer. Leukaemia occurs in 2 types – Acute and chronic. Leukaemia has no stages but only progresses in intensity if left untreated and is determined by three ways being cytogenetics, WBC count, and molecular genetics. Through these lab results, oncologists can prognosticate the outcome of certain treatments decided for the patient. For instance, person having Acute Lymphocytic Leukaemia of ETP type is at great mortality risk. It has been a strong observation that ALL usually occurs in children and has a survival rate of 95 per cent depending on the type.

Treatment
The primary treatment for attempting to cure Leukaemia is chemotherapy sinusoidal obstruction syndrome (SOS) and bone marrow transplant. There is another interesting technology that is used to determine presence of leukemic cells post-treatment known as MRD or Minimal Residual Disease, during the remission period. This has proven to be of great importance in detecting any leftover low-grade cancer cells in patient’s body.

What is Chemotherapy?
Chemotherapy is a procedure that uses combinations of potent drugs or chemicals to kill cancer cells. Often, chemotherapy is strong and can be harsh on patient’s body resulting in several side-effects, including destruction of healthy cells. Although,every person responds uniquely to chemotherapy. 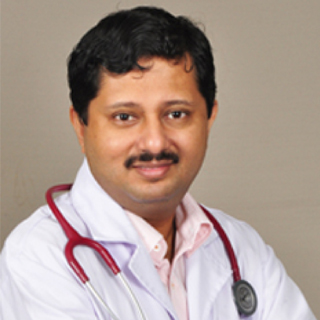