It’s Not About Hearing Loss, It’s About Preventing Hearing Failure

Approximately 15 per cent of the world’s adult population has some degree of hearing failure, which could lead to further health complications such as depression, dementia and personality changes. The article discusses the importance of understanding and preventing hearing failure, often passed-off as hearing loss, as it is integral to our overall health.

In the world of medicine, there is a concept known as organ failure in which injury results in a progressive loss of function. Most have heard of heart failure, kidney failure, or liver failure. But what exactly happens when an organ fails and what does that have to do with hearing loss?

Let’s look at heart failure as an example. While the poets may say that we feel with our heart, the primary function of the heart is to pump blood throughout the body. A failing heart results in a combination of insufficient blood coming out as well as blood backing up. All the symptoms of heart failure, such as shortness of breath, swelling of the feet, chronic fatigue, confusion, and so on relate to this concept. That then begs the question: what causes the heart to fail? Simply put: some form of injury, with a heart attack, or chronic hypertension, being two of the most common causes. After such injury, the symptoms of heart failure may not become immediately apparent. We call this “compensated” heart failure, in which the body adapts for the lack of pumping function. Compensation sounds like a good thing yet implies that the heart and other parts of the body, are changing in unnatural ways. Such a compensated condition ultimately leads to “decompensated” heart failure in which the heart’s progressive inability to pump can no longer be hidden, eventually leading to irreversible heart failure, failure of other systems, and ultimately death.

To be clear, two things distinguish hearing loss from heart failure. First, the notion of a failing heart strikes fear into most people. A diagnosis of heart failure sounds like a death sentence, and indeed, without treatment, it very well can be. Hearing loss does not carry with it such an ominous prognosis, but in reality hearing loss has been strongly connected with depression, dementia, and even personality changes — call it a form of “brain failure”. The second difference is that there has been a long history of study and research of the heart so heart failure is fairly well understood. While there has been much audiologic research, this evolving concept of “hearing failure”, namely the progressively inability not just to perceive sounds but to comprehend it has been less well understood. But there has been tremendous progress over the past decade: establishing not just a relationship between hearing loss and various brain functions but even demonstrating physical changes in the brain that occur as a result of hearing disability.

Before we dive into this concept of “hearing failure,” let’s quickly review hearing loss as that is where the downhill process starts. There are two types of hearing loss: conductive hearing loss and sensorineural hearing loss. There are a variety of causes for such problems, some easily treatable (such the presence of ear wax), others not so treatable (such as damage to the delicate hair cells) although in such cases hearing aids can offer significant benefit.

Whatever the case may be, hearing loss results in a decrease in auditory input to the brain: a decrease in sound information that reaches brain regions that are responsible for language comprehension and other functions. But like other organs, there is great functional redundancy that enables things to work normally even in the face of such deficits. This is one reason why early hearing loss nearly always goes undetected.

In response to relative lack of sound information input, the brain’s auditory system undergoes a sequence of what one might term “compensated” and then “decompensated” failure.

In “compensated” hearing failure the brain changes to accommodate that hearing loss. It has been shown that even with mild hearing loss that certain cognitive resources that would otherwise be used for memory or complex speech are instead used for basic hearing functions. In other words, those with hearing loss have to subconsciously think more about what they are listening to. Comprehending language, particularly in noisy environments, becomes much less natural. Most consider hearing loss to be a problem with perception, and indeed that is true, but by this stage, it has now become a comprehension problem. In this way, it may be more accurate to describe such as hearing loss as “hearing failure”. Because of such adaptation, even this hearing loss, usually falling within the definition of disabling hearing loss (DHL), still lurks undetected. Some of this is due to denial but to be fair the body is quite ingenious at adapting to difficulty.

But why is “compensated hearing failure” something to be concerned with? Being on the pathway to decompensated hearing failure is bad enough but such extra effort has been associated with increased stress responses, changes in pupil dilation, and degraded behavioral and cognitive performance. In fact, there is increasing suspicion that for the elderly even mild hearing loss may exacerbate the signs of dementia.

There may also arise behavioral adaptations associated with “compensated hearing failure.” Persons with such hearing loss may avoid noisy environments, such as crowded social functions or family dinners.The medical term is changes to activities of daily living (ADL) and by definition it points to a potential medical problem. People with heart failure, for example, will most certainly change their ADL: they will forego playing tennis, perhaps go out less, and so forth. In short, while people are able to get by with compensated hearing failure, they are, if not properly evaluated and treated, on a downhill path.

Then there is decompensated hearing failure, in which the mechanisms of redundancy, the recruitment of extra brain function, and behavioral changes cannot overcome the lack of auditory input. At this point, the hearing loss is usually defined as moderate to severe, but, as you can imagine, the problem is not just in the perception but also with further degradation in comprehension. In fact, studies using sophisticated MRI scans have shown both functional and structural changes in the brain. In the latter case, hearing loss has resulted in the regions of the brain devoted to auditory functions being noticeably shrunken. But it is not just the auditory pathways that have become compromised: other regions of the brain have now become degraded as evidenced by the increasingly confirmed correlation between progressive hearing loss and depression or dementia. This is the class definition of organ failure: namely, when other parts of the body now become affected by such failure. When the auditory system shuts down the brain winds down as well. Preventing and treating hearing loss is not just about solving the perception deficit but also addressing the comprehension problems, namely hearing failure.

I may have painted quite a depressing picture of hearing loss and hearing failure but I want to express that hearing health is deeply integral to our ability to thrive as social beings and profoundly influential on our overall brain health. We should take care of our hearing by avoiding loud sounds that can set us on a pathway to hearing loss, or by using hearing aids that significantly ameliorate both the perceptual and, when properly fitted and regularly used, the comprehension deficits in hearing loss. It’s not about hearing loss, it’s about preventing hearing failure. 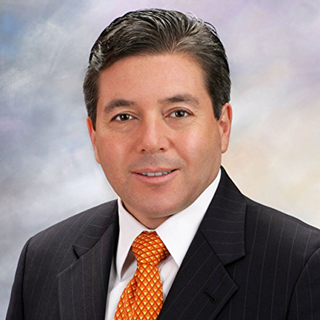 Ogan Gurel is Chief Medical Officer (Acting) at Nessa Asia, a Singapore-based health-tech company. Along with peer-reviewed publications, patents, a novel and newspaper contributions, he has presented numerous addresses at leading institutions and global conferences. Dr. Gurel holds an MD and MPhil from the Columbia University College of Physicians & Surgeons.