The Burden of Bacterial Vaginitis

Bacteria vaginitis (BV) is the most common vaginal infection seen among reproductive-age women. Bacterial Vaginitis can raise the probability that more serious infections such as human immunodeficiency virus can occur. This gap can be reduced by the proper treatment of bacterial vaginosis. Qualitative studies have shown, in addition to the physical risks, that women with BV, especially recurrent BV, experience a decrease in their quality of life.

Bacterial Vaginitis (BV) is a common disease that affects between 10 percent to 30 percent of women in developed nations. A common cause of irregular vaginal discharge is BV. BV is not a Sexually Transmitted Infection(STI), but a STI such as chlamydia will increase the risk of having it. Among women of reproductive age, BV is the most common vaginal infection, causing severe physical and psychosocial discomfort. In addition, BV is associated with an increased risk of numerous adverse effects, including preterm birth, pelvic inflammatory disorder, endometritis, and development of human immunodeficiency virus and sexually transmitted infections transmission.

The vaginal diversity of microflora among BV patients was first reported by Schroder in 1921.Until the exact causative microorganism was not known. Vaginal malodour, frequently similar to a 'fishy odor' and a thin, off-white homogeneous vaginal discharge, are signs of BV. Significant sequelae, including miscarriage, preterm delivery have been associated with BV. Although the epidemiology of BV is still unclear, a polymicrobial disorder tends to be associated with a significant disruption of the normal vaginal flora.

To highlight the potential benefits of enhanced prevention and treatment of BV, priorities the delivery of such treatment, an understanding of the global burden of BV and related costs is required. It is claimed that Trichomonas, Bacterial Vaginitis and candidiasis are responsible for the occurrence of vaginal infection. This results in irregular discharge among pregnant women, leading to pruritus and discomfort in the vulva region.

Due to the psychosocial effect of recurrent BV on women, adverse psychosocial sequelae encountered by people and may diagnosed with genital herpes and Human Papilloma Virus (HPV). A variety of studies on qualitative and mixed approaches have found that people with genital herpes or HPV frequently experience considerable distress, self-blame and shame around their diagnosis, and fear of exposing their status to others. Individuals also report feeling stigmatised, experiencing decreased self-esteem, and thinking about future relationships and sexualcontact.

The uncertainty, anger, feeling ashamed, self-conscious and insecure, helplessness and disappointment they felt about why they were experiencing BV and their lack of control over recurrence became one of the most difficult aspects of having recurrent BV for the majority of women. In distressing circumstances that can have a severe effect on their self-esteem, sexual relations and quality of life, many women often felt disgusted, embarrassed, dirty, irritated and distressed. BV is often regarded as a non-serious genital disease, like many vaginal conditions, and is generally defined by practitioners as an imbalance of vaginal flora that can be treated with antibiotics. While significant psychosocial sequelae and social stigma are widely recognized to be associated with STI diagnoses, very limited attempts have been made to investigate whether women with vaginal conditions such as BV often experience similar feelings of guilt, stigma and psychosocial sequelae.

When managing women with recurrent BV it is important to recognise not only the physical symptoms or discomfort of BV but the significant and distressing psychosocial sequelae also experienced by women. While BV is often regarded by clinicians as a minor and normal vaginal disease, its chronic nature and the profound effect it can have on the mental, sexual and social lives of women means that the experiences of women can extend far beyond the physical symptoms. 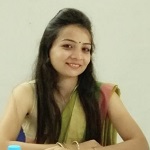 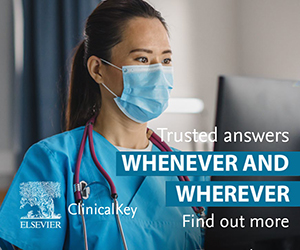