On account of the Alzheimer’s & Brain Awareness month, Gaurav Goel, Associate Director & Head of Neurointervention Surgery at Medanta - The Medicity Hospital shares some valuable and beneficial tips that can help a person improve mental health to prevent Alzheimer.

The largest and one of the most complex organs of the human body is the brain. Made up of billion nerves that constantly communicate with each other, this 3-pound organ controls all functions of the body. From interpreting information to emoting feelings to showcasing the creative side of a person, this supercomputer of the body is protected safely within the skull.

Thus, to spread awareness around the brain and its health, June is dedicated to Alzheimer’s & Brain Awareness. During the month-long campaign, the purpose is to reach out to maximum people and educate them about the well-being of the brain and informing about the brain disorder Alzheimer that affects the memory and thinking capability of a person.

In India, as per reports, the number of cases of both Alzheimer and other forms of dementia are over 4 million. It is estimated that by 2030 the number of people suffering from this illness will reach7.5 million by the end of 2030.

Though regarded as an age-related disease the truth is Alzheimer is not a normal part of aging. Also, the ailment is irreversible as it permanently damages brain cells.

Is there a connection between stroke and memory loss?

As age increases so does the risk of Alzheimer, with a majority of people suffering from this disorder are 65 and older. However, as this malady is considered to be an offset of age few correlate a stroke with this disease.

Stroke, a brain-related issue is caused when the blood flow of the body stops which results in less oxygen and thus, cell deaths. Though most common amongst the elderly, the relation between the two is strongest in the presence of known vascular risk factors. Therefore, when in a stroke a person needs to be treated on priority to thereby, minimise brain damage.

Indicators of a stroke

Thus, to save someone who is suffering from a server stroke that can eventually lead to dementia, be wary of the below indicators of a stroke-

•    Sudden paralytic attack or non-movement of a side of the body
•    Loss of partial vision, or double vision
•    Loss of balance
•    May lead to control over the bladder
•    Decline in ‘cognitive’ mental functions such as memory, speech, and language, thinking, the organisation, reasoning, or judgment
•    Major change in conduct and behavior.

Reasons of this disease

How to delay the offset of Alzheimer or stroke?

Like any other disease of the body, the ailments of the brain too can be prevented. This can be done by-

All these habits increase blood and oxygen flow in a body which eventually, helps in healthy functioning of the brain cells.

Neuroscience has over the years progressed and advances in many ways to treat the disease of the brain. For this, the neurologist will recommend certain tests like MRI, CT Scan, Positron-emission tomography (PET) to get a deep understanding by seeing the brain scan.
The specialist may also recommend blood tests to check for infections, chemical abnormalities, hormonal disorders, etc.

As mentioned earlier, Alzheimer or Brain diseases are mostly irreversible because once the cells of the brain are damaged it is difficult to repair them. But, consulting a good and experienced doctor can certainly help in averting the situation further. By prescribing to certain medications, the person can delay the ailment from spreading quick and damaging further.

To conclude, support the cause of Alzheimer’s & Brain Awareness by wearing purple, after all, brain health has been overlooked for too long. It's time to act now. 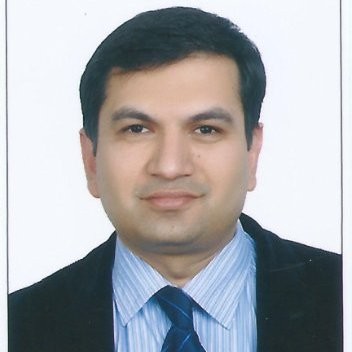 Gaurav Goel is an Associate Director & Head of Neurointervention Surgery at Medanta - The Medicity Hospital. He specialises in the treatment of vascular disorders of the brain. In his five years of journey at the leading hospital, he now leads the team of neurointerventionists. Goel has studied from the prestigious Montreal Neurological Institute and Hospital in Canada and DM (Neuroradiology and Neurointervention) from NIMHANS, Bangalore.