Lung cancer is still a worldwide leading cause of cancer death, even in this era of low-dose CT for lung cancer screening. Lung cancer mortality rate is the highest among the top ten cancers in Taiwan. There is an increasing trend in non-smoking related lung cancer in Taiwan, especially in middle-age women(FZ Wu, et al.,2016). However, the mechanism for its rise has not been adequately clarified. Since the majority of death occurs at advanced stages of lung cancer, prevention strategy is important. About 70 per cent of lung cancer patients are diagnosed at late stage in Taiwan, and treating them at early stage can save their lives. The Kaohsiung Veterans General Hospital Cardiothoracic Imaging Center has a comprehensive lung cancer screening program. The team recently reported that lung cancer screening could be performed efficiently and effectively in South Taiwan for preventing people death from lung cancer.”We established a multidisciplinary Lung Cancer Screening Program (from diagnosis to treatment) consisting of specialists in chest radiology, thoracic surgery, pulmonary medicine, and lung pathology,” says Dr. Fu-Zong,Wu. 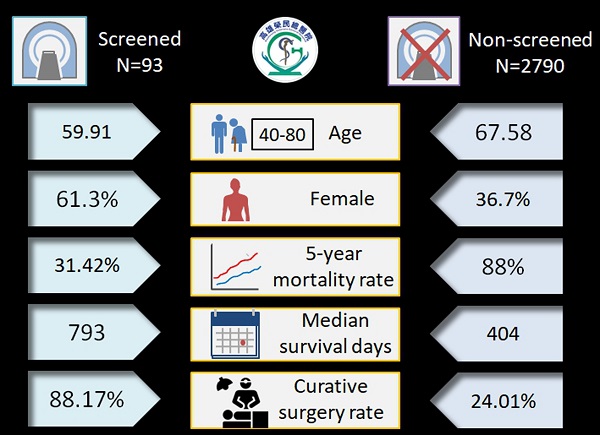 Dr. Fu-Zong, Wu is the lead imaging investigator at cardiothoracic imaging center, Kaohsiung Veterans General Hospital. Kaohsiung Veterans General Hospital-led team developed modified Lung-RADS system for board implementation of lung cancer screening program in Kaohsiung city. The board implementation of LDCT examinations has increased rapidly in recent years, especially after 2011. There has been a 14.63X increase in the volumes of LDCT examinations since 2007 in their hospital. Based on the studies conducted, the gradual implementation of low-dose computed tomography lung screening program could lead to a remarkable decrease in lung cancer mortality (1-year mortality rate 48.16 per centto 37.04 per cent; year mortality rate 88.49 per cent to 69.44 per cent during the period)and a remarkable stage shift in the trend over time(FZ Wu, et al.,2020) shown in Figure 2. Therefore, more people will save their lives because lung cancer diagnosed at early stage. 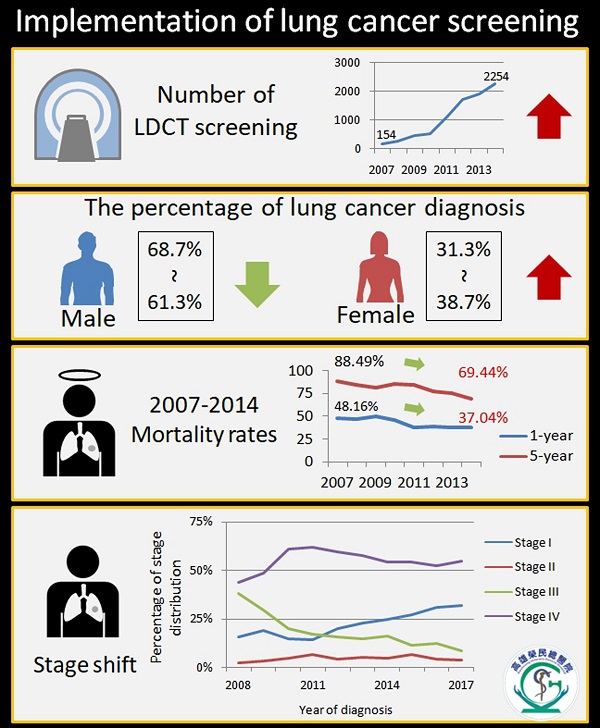 In summary, prolong implementation of LDCT lung screening program could lead to
lung cancer mortality reduction and stage shiftin the trend over time. The head of the research team suggests that high-risk groups (including those who smoke or do not smoke, age between 40-80 year-old) may consider screening for lung cancer.

To maximize the benefit of LDCT screening and minimize the potential harm in over-diagnosis and over-management among non-smokers, a lung cancer risk prediction algorithm with shared decision-making for pulmonary nodules management is essential for a successful CT lung cancer screening program in Asian population with high prevalence of non-smoking related lung cancer(FZ Wu, et al.,2018).

The authors state they have no conflicts of interest. 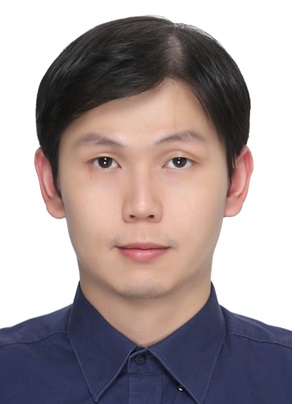