While navigating complex healthcare facilities has been acknowledged as a critical issue by healthcare administrators for decades, the main focus has been on sign and map systems. This article discusses the findings of a study that examined physical design attributes manipulated by architects and interior designers, and their role in aiding navigation for facility users. 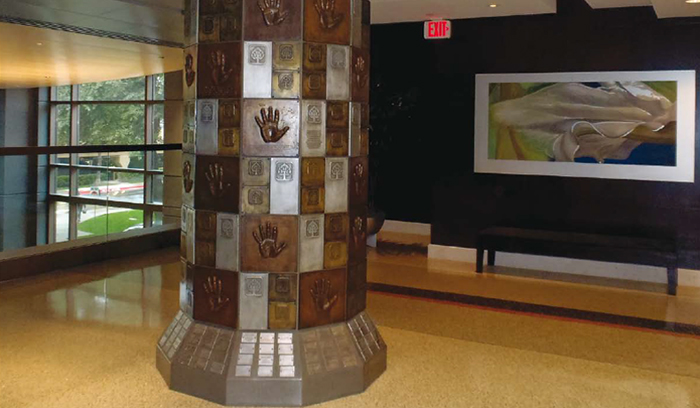 Should the availability of easy way-finding (simply put, finding one’s way to a destination) options in hospitals be of concern to health facility designers and executives? From a broader perspective of patient wellbeing, it makes sense that patients, visitors and family members are minimally taxed in finding their way inside a hospital. The issue assumes further importance in the context of competing healthcare facilities and certain reimbursement structures. The crux of the problem is that the state of being lost has several negative impacts on patients. It has been shown in studies to have increased acute stress, blood pressure, physical aggression and fatigue in patients. With large community and specialty healthcare facilities the problem is chronic and severe, worldwide. Such facilities are typically large scale environments, with complex transit systems and complicated navigation. Providing directions to patients and visitors is a challenge in healthcare facilities as it has been shown to cost valuable staff time which would have otherwise been diverted to more productive tasks.

While the quality of treatment constitutes one of the fundamental factors affecting customers’ decision in choosing a hospital, when physicians are not employed by hospitals other factors compete in the customer’s decision-making process. In certain population type, such as women expecting childbirth, the quality of the physical environment possibly triumphs over other factors. Among the many physical design factors, easy way-finding (or easy navigation) has the potential to influence several outcomes, including patient satisfaction. It also influences the probability that they will recommend the hospital to their relatives and friends, and their decision regarding a subsequent visit. All of these have implications for a hospital’s bottom line, especially in competitive markets.

Irrespective of the competitive environment, when reimbursements from public or private insurance systems are capped per episode of illness or injury, acute stress generated from navigational issues should be considered serious. Scores of medical literature point to the debilitating influence of stress on wellness, the immune system, and pace of recovery. Stress can increase the recovery time, thereby bearing a direct impact on the organisation’s bottom line.

In some contexts, way-finding problems can affect safety and efficiency of care delivery. Many hospitals resort to hiring a floating clinical staff (staff that is hired on a short-term basis) to tide over occasional peaks and in situations with unusual demand. While a regular staff is not expected to face navigational issues (barring the first few days or weeks in a hospital), for the floating staff most healthcare environments would be new. In such situations, navigation problems may affect response time in getting specific medications or equipment to a patient, thereby affecting efficiency or safety of care delivery.

It is, thus, of little surprise that way finding has remained a topic for discussion and debate among healthcare facility designers and hospital executives for decades. Not that decision makers have remained idle but the key focus has been on developing improved signage. In fact, the focus on signage has been so exclusive and exhaustive that it is now a free-standing profession, with science of its own. Scores of studies have been conducted on developing appropriate maps and different types of signs (informational, directional, labelling, etc.) to aid in navigation of all types of complex facilities, from large hospitals to airports, transit stations, and other types of buildings. In the meantime, managers of facilities that attract large volume of customers or patients have designed and experimented with improved navigational help through dedicated staff, volunteers, and electronic solutions such as information kiosks. The issue of concern, however, is that way-finding remains a critical problem despite numerous advances in signage systems, staff support, and technology.

So, where could the problem lie? It was this question that prompted a fundamental study on how people navigate in hospitals, under a large contract with the US Military Health System. The investigating team comprising of researchers from Texas Tech University, HKS Architects, and a large community hospital under the Texas Health Resources System, zeroed in on the most basic question that needed examination: “What kinds of information do people seek from the ambient physical environment when navigating in complex buildings?”

We did not enter the study with any preconceived notions. If the findings demonstrate the use of signs and maps by people, that would provide valuable information. First, it would highlight the necessity of further research on sign and map systems. Second, it would mean allocating resources to find other ways to aid navigation. Third, it would mean that a lot of strategies contemporary designers incorporate to facilitate way-finding are of no use.

In contemporary hospitals, designers incorporate a large number of strategies to render way-finding easier. The strategies include using colour, artwork, landmarks, vistas, etc. All of these additional environmental cues entail capital expenditure, which typically undergoes serious rethinking when estimations are surpassed (which is more of a rule rather than an exception). If the study data can provide some form of comparison between different strategies designers employ, it would substantially benefit all stakeholders.

But, do people derive value and meaningful information from the ambient physical environment to aid in way-finding? Scientific literatures on way-finding in building interiors are not many. However, substantial body of knowledge exists on navigating at an urban scale. Some seminal studies by Kevin Lynch (1960) and Siegel and White (1975), suggest the central role of cognitive maps in human brains, and that the mental map is constructed of a series of mini-representations of a large and complex environments.

Armed with these theories of cognitive representations as potential organising framework for data generated, we proceeded with a study that captured cognitive processing of information through verbal protocol. The site of the study was a large tertiary care hospital under the Texas Health Resources System. With numerous additions over decades of its existence, and with highly complex transit patterns, the facility represented an ideal site to examine the issue. Furthermore, in its most recent addition, designers from HKS Architects strategised easy navigation by including unique landmarks, unique floor and room numbering systems, outside vistas, and unique framed artwork, among others. Owing to variations in age, different parts of the building complex, provided different types of information. Subjects for the study were recruited in five age groups – 20s, 30s, 40s, 50s, and 60 and above. Both sexes were represented within each age group. The resultant sample included diverse ethnic origins, including Caucasian, Asian and Hispanic.

None of the subjects had previously visited the study site, and did not belong to a design or allied profession, such as architecture, interior design, or building related engineering. Starting from a point about a mile away from the study site, the subjects were instructed to navigate to eleven destinations in the hospital. The destinations were spread across three connected buildings and four vertical levels. Subjects were instructed to navigate without asking for assistance from hospital employees or volunteers. Verbal protocol data captured with digital audio recorders were supplemented with digital photography of elements highlighted by the subjects. A survey was administered to each subject at the end of navigation, to provide triangulation data. Data were analysed using established procedures for content analysis. Data analyses included frequency counts of different types of environmental information sought and descriptive analyses of the quantitative data generated. Owing to page limitations, only a synopsis of the methodology and some of the findings are presented here. 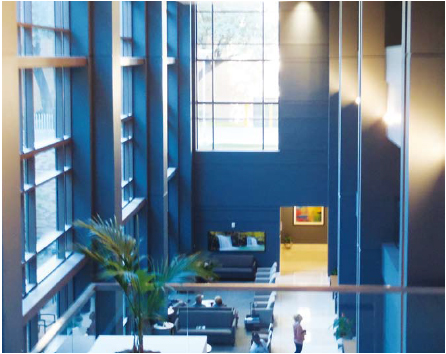 So do signs and maps constitute the sole navigation aid inside buildings? Data demonstrate there are at least eight types of environmental information that subjects sought/ made use of while navigating. Only four of these are discussed here. In line with expectations, signs were the most frequently used source of information. However, the second most sought information source was not maps. The second most frequently used environmental attribute is what we termed ‘architectural features’. We used the term ‘architectural’ since these are decisions made by architects, and it included all types of designs that enabled broadening of the visual field. By nature, building interiors restrict the visual field of human beings. Owing to walls, our field of vision is typically restricted, whereas the overall environment we navigate is significantly larger. Architectural features such as atriums and windows/ openings create visual connections between indoor spaces or indoor and outdoor spaces enlarge our field of vision, and thereby the type and amount of information regarding the environment we navigate.

In relation to the portion of findings presented here, two issues are of interest. First, traditionally way-finding has been discussed purely within the purview of the interior design discipline. The decisions made by architects can have a marked influence on way-finding behavior which is of interest to both healthcare architects and clients. Designing optimal navigation needs to be considered alongside architectural responses in healthcare facility operations, including safety, efficiency, and quality of care. Second, the instrumental role of artwork in aiding way-finding is noteworthy. While for a long time interior designers have claimed such a benefit, empirical data supporting such assertions were not widely available. Furthermore, comparative data were also not available. As a result artworks were the frequent targets of the chopping block of value engineering. The positive and contributing role of artwork in the healing environment (patient rooms, waiting areas, treatment rooms, etc.) has already been established in scientific literature. This study provides evidence supporting the contributing role of artworks in another important process – way-finding.

Finally, the authors do not posit the elimination of other navigational support in healthcare environments. The key objective of this study was to understand whether and to what extent physical design attributes and elements provide useful information for navigational support, and to what extent people use such information. In combination with volunteer and staff assistance and advanced technology, strategic use of physical design elements and attributes can significantly improve way-finding, and in turn the organisational bottom line. 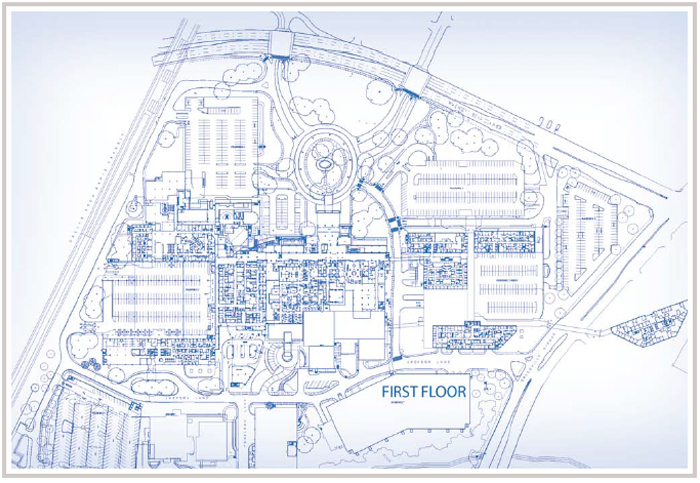 The study, partial findings of which are discussed in this article, was conducted within a larger contract with HKS Architects and the US Department of Defense, Military Health System.

Sipra Pati’s expertise is in examining gender issues in physical space, which she currently investigates in healthcare settings. She was one of the co-investigators in the study reported in this article. 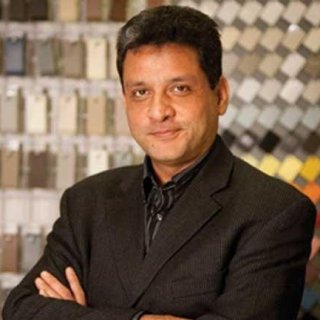