Germicidal ultraviolet light (UV-C) disinfection reduces healthcare-associated infections. The time it takes to disinfect an operating room is not constant (e.g., not ‘20 minutes per room’). Recent industrial engineering studies show how to make operating room management decisions for the robotic systems, whether for one case or terminal cleaning. 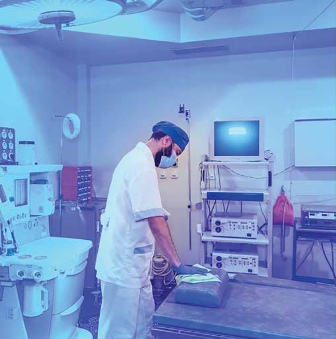 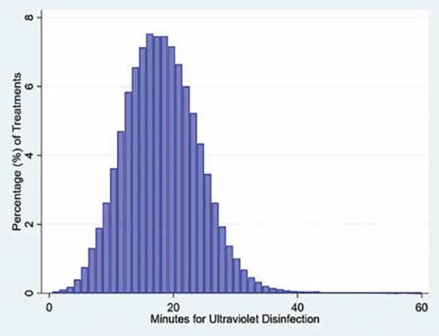 In the American Journal of Infection Control study, we considered how much time to schedule for the ultraviolet disinfection. We calculated the mean of the durations for each of the 700 rooms that each had at least 100 treatments. The mean times differed a lot among rooms. The standard deviation among rooms of each room’s mean was 20 per cent of the overall mean. That considerable variability implies that when scheduling ultraviolet disinfection treatments in advance (e.g., using an operating room information system), estimated times for disinfection should not be listed as UV-C or equivalent. Instead, what should be scheduled is ultraviolet disinfection of a specific room (e.g., UV-C main surgical suite room 12). For scheduling multiple disinfection treatments, and doing so multiple days before surgery, use the mean value for the room.

This need to consider the room of the treatment is quite unlike surgery. Usually, for surgery, it matters little whether a surgeon performs her cesarean section in one operating room or the adjacent room. There may be some advantages for convenience, but not the surgical time. For ultraviolet disinfection, which is untrue, because it is the room that influences the time for treatment (e.g., because some rooms are larger or smaller than other rooms).

When that last case is nearly finished, the second surgeon calls inquiring about the expected start time. You, the operating room manager want to be realistic, but conservative to set reasonable expectations. A good choice would be to provide the 90th percentile of duration.

For mathematical reasons, if there are fewer than 19 prior disinfection times, use the most recent nine observations and use the largest value. That is because the 90th percentile of nine numbers is the largest of the nine (i.e., 0.9 × (9 + 1) = 9). If there are more than nine times but fewer than 29, use the second-longest of the most recent 19, and so forth. I explain more about the arithmetic in the scientific paper. What is important to understand is that the 90th percentile can be considerably longer than the average. Referring to the figure, for many operating rooms, the 90th percentile will be even 50 per cent longer than the average disinfection time. That is why understanding that ultraviolet disinfection times are quite variable in duration based on what surgical items are in the operating rooms is valuable knowledge.

Importantly, once the ultraviolet disinfection towers are in the operating room, the controlling tablet will give your technician the calculated time. Then, when started and running, that time remaining is nearly exact. For example, if the time shown as remaining is 22 minutes, then literally that will be 22 minutes. Consequently, have the housekeeper (or whoever else is using the equipment) update the estimated time (e.g., call the front desk and then they text the surgeon).

There are several details to use these methods in practice. So, rely on the full article in American Journal of Infection Control.

Another situation that arises sometimes is that the operating room manager has two(or three) rooms of cases for which ultraviolet disinfection will be used after each case. Often these patients will recover in the operating rooms initially and then promptly bypass the phase-I post-anaesthesia care unit. We would not want to schedule these cases with one surgeon operating in a room, then a second surgeon, then back to the first surgeon, and maybe a third surgeon followed by the second. Mixing up the surgeons would reduce their productivity. However, the manager could inquire of the surgeons about their availability to revise their arrival times to try to best use your teams in the face of the time for ultraviolet disinfection. The turnover times are going to take substantial time versus typical. In the Journal of Clinical Anesthesia paper, we considered when potentially resequencing the surgeons would be useful. We treated the workday as 12 hours because of the longer turnover and recovery times. The study showed that the operating room manager should look among the operating rooms for any that are estimated to have at most 8 hours of cases and turnovers in the 12-hour workday. When so, do take the time to evaluate if changing the start times of the surgeons could compact the schedule and let another case be done. The surgeons would need to be contacted, and sometimes the change would be possible. There is expected to be moderate (2.9 per cent ) increases in productivity if done the day before surgery before cases start. There can be large (5.6 per cent) increases if done also on the day of surgery when actual case durations are realised.

If your surgical suite does not currently have an ultraviolet disinfection robotic system, then a decision to make will be how many to buy or lease (for example, one system or two). Another related decision will be whether to schedule a technician for 8-hours or 10-hours to use the system in the rooms planned for disinfection, and whether the technician would have time left over for other activities. There would not be value to buying the system but not planning staff to run the equipment. Then, the robotic system may sit around being unused, especially if used one room at a time by the same personnel doing the terminal cleaning.

Because each operating room will take different amounts of time, it is not that a company can answer that question for the hospital. Instead, each hospital will need to do a trial. The question of importance is how to structure the trial to obtain the answer reliably (As mentioned in the Cureus paper).

A nine-night trial means in practice having a system for a fortnight, from a Monday, through that week, and then picked up the following Friday. With that two-week trial, a hospital can empirically arrive at the correct answer, one or two rooms less than the correct answer, or one room greater than the correct answer with ≥99 per cent probability. What does that mean in practice? Suppose that a hospital has 21 rooms. For each of the nine nights, the number of rooms with ultraviolet disinfection is recorded. While each room is being disinfected, the technician is moving items back in place for the preceding room and making way for the robot easily to enter the next room. Among the nine nights, the minimum number of rooms disinfected in 10 hours was 18 rooms. (Among the other eight nights, there were 19 or 20 rooms disinfected). Then, long-term, the hospital can expect to reliably (defined as 90 per cent) disinfect at least 17 rooms. Likely the 90th percentile long-term will be 18 rooms, but it could be as high as 19 rooms.

With a 19-night trial (i.e., four work weeks), the second-largest observed numbers of rooms disinfected is the 90th percentile. There was a ≥99 per cent probability that over the long-term the true 90th percentile of rooms will be the same, one less, or one more. For example, suppose that after four weeks (i.e., 19-night trials except for the last Friday), the second-fewest numbers of rooms disinfected in 8 hours were 16 rooms. Then, over the long-term, the 90th percentile of rooms disinfected nightly will likely be 15, 16, or 17 rooms. That is how many the hospital can plan when buying or leasing a single ultraviolet robotic disinfection system of the studied type (e.g., that shown in the Figure). The information also can be used when planning the technicians’ (housekeepers’) staff scheduling. Just like for the other decisions, details are in the published scientific papers.

The University of Iowa Department of Anesthesia received an unrestricted research grant from Surfacide that was used in part to fund the research (Waukesha, WI). The company also supplied the data used in the published studies. I receive no funds personally other than my salary and allowable expense reimbursements from the University of Iowa and have tenure with no incentive program. My family and I have no financial holdings in any company related to my work, other than indirectly through mutual funds for retirement. 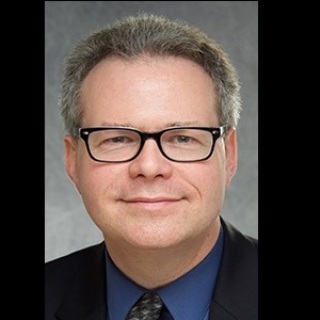 Franklin Dexter got his MD and PhD in Biomedical Engineering from Case Western Reserve University. He did his Anesthesiology residency at the University of Iowa. He teaches his four-day intensive course in operating room management several times annually. He has performed >790 consultations for >225 corporations. He has published >610 papers.