Space Medicine as a Speciality

The announcement by ISRO (Indian Space Research Organisation) that India would be embarking on a Human Space Programme was closely followed by media reports of a Japanese billionaire becoming the first space tourist to go to the moon. Several private companies in addition to NASA and the European Space Agency are planning manned trips in outer space. Space medicine therefore will soon become a reality. This article introduces this fascinating subject.

The recent announcement by ISRO (Indian Space Research Organisation) that India would be embarking on a Human Space Programme Gaganyaan1, scheduled for launch in December 2021 has excited hard core telehealth evangelists in India. India will now be the fourth country in the world, after Russia, USA and China, to launch a manned space flight. Monitoring in real time, the health parameters of the three Vyomanauts—Indian term for astronauts— travelling on a Low-Earth-Orbit mission at an altitude of 300-400 km for 5 to 7 days would indeed literally be an ‘out of the world’ task. We have less than 39 months to get our act together. Travelling @ 27,000 km/h, the spacecraft will complete one orbit around the Earth every 90 minutes.

Manned space missions do pose health risks before, during and postflight for the crew members onboard the spacecraft. There are communication challenges for medical doctors monitoring them, from the ground. Physical and mental changes related to adaptation to the space environment, need to be monitored in real-time. Changes in clinical parameters and management of unexpected medical emergencies need to be addressed and prepared for. Removing the effect of Earth's gravitational force alters all organic functioning. Space motion sickness, characterised by impairment of performance, nausea, vomiting and a diffuse malaise, occurs in astronauts and lasts for the first 72 hours of a space mission. Normal process of bone formation and resorption is disturbed. All of these aspects still require further study and understanding. The space environment has factors such as weightlessness, electromagnetic fields and radiation, that may influence the function and structure of the Central Nervous System (CNS).CNS changes known to occur during and after longterm space flight include neurovestibular disturbances, alterations in sensory perception, changes in proprioception, psychological and cognitive. 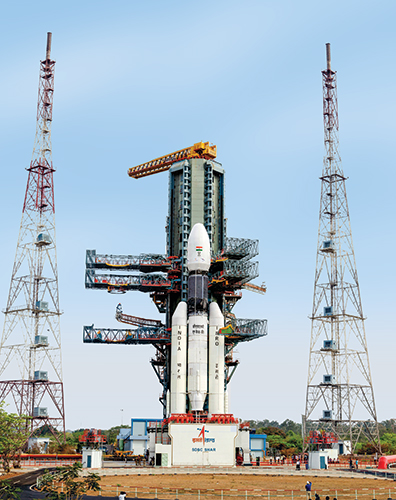 Headache is a common, but rarely voiced, complaint during space flights. This is usually attributed to be part of space motion sickness (SMS). It has been suggested that space headache is a separate entity though similar to the clinical syndromes of cerebral venous hypertension. Astronauts have a 53–68 per cent increased risk of experiencing moderate to severe Low Back Pain and a fourfold increased risk of developing herniated intervertebral discs during microgravity exposure and within one year following spaceflight. European Space Agency reported Low Back Pain in 12 out of 20 astronauts during spaceflight. The report highlighted the importance of maintaining spinal movements.

Acute and chronic effects of hypobaric exposure upon the brain have been evaluated. These include Decompression Sickness (DCS), a commonly experienced condition which may progress to severe neurological or pulmonary symptomatology. The brain (confusion, memory loss, visual changes, diplopia, scotomas, headache, seizures, vertigo, unconsciousness) spinal cord (dysesthesias, parasthesias, constriction and pain around chest or abdomen, ascending paralysis, bowel and bladder incontinence) and the peripheral nerves (fasciculations and parasthesias) can all be affected during space travel. Recurrent exposure to hypobaria is associated with increased White Matter Hyperintensities in MRI images. This is coupled with subtle but significantly lower neurocognitive profiles, leading to concerns regarding short and long-term effects. Cortical reorganisation in an astronaut's brain after long-duration spaceflight. Significant differences were found in functional connectivity between motor cortex and cerebellum in the resting state. Changes in the supplementary motor areas were observed during a motor imagery task. These results highlight the underlying neural basis for the observed physiological reconditioning due to spaceflight.

Effect of Gravity on the Nervous System

Microgravity of space appears to affect every single organ and body system, in different intensities and manner, both during short- and long-term missions. A progressive shift of body fluids and blood from the lower extremities to the upper body occurs in the absence of Earth’s gravitational force. This condition has been nicknamed the “puffy-face and bird-legs syndrome”, as the face of the astronaut becomes rounded, redder and more swollen, while the legs become thinner, due to the redistribution of fluids and blood from the lower to upper body.

Knowledge about the impact of increased and decreased gravity on the nervous system, is essential to assure the success of human survival in space Mars and Moon have a reduced gravitational force of a third and a fifth of the Earth’s gravitation. Since the first manned spaceflight of Yuri Gagarin in 1961, the effect of microgravity on the human body has been intensively investigated. The many experiments performed, made apparent the gravity induced changes on astronauts. Persistent modulation in the sensory and motor system and the resulting structural loss of muscle and bone mass have been reported. This is in addition to recalibration of sensory perception, vestibular and proprioceptive functions, changes in muscle synergies and coordination, decline of muscle force as well as changes in posture control, locomotion and functional mobility. These adaptations are of clinical relevance. Significant adverse effects entail fragility and even bone fractures.

Microgravity of space appears to affect every single organ and body system of astronauts, in different intensities and manner, both during shortand long-term missions. A progressive shift of body fluids and blood from the lower extremities to the upper body occurs, in the absence of Earth’s gravitational force. Microgravity during spaceflight occurs when the force of gravity is unbalanced and the net force becomes so weak that virtual weightlessness results. Application of lower body negative pressure partially reverses the headward shift of blood and body fluids occurring in microgravity. This contributes to the reduction of cardiovascular de-conditioning and has been successfully applied as a countermeasure during space flights. A better understanding of the mechanisms by which microgravity adversely affects the nervous system, will lead to more effective treatments. Several neurologic changes, including Space Adaption Syndrome (SAS), ataxia, postural disturbances, perceptual illusions, neuromuscular weakness, fatigue, perceptual illusions, and ocular changes have been attributed to the effects of microgravity.

Raised ICP is considered the most mission critical medical problem identified in the past decade of manned spaceflight. Astronauts often develop impaired vision, with a presentation, that resembles syndromes of elevated Intra Cranial Pressure on Earth. Gravity has a profound effect on fluid distribution and pressure within the human. A retrospective review of published observational, longitudinal examination of neuro-ophthalmic findings in astronauts after long-duration space flight revealed that after 6 months of space flight, 7 astronauts had ophthalmic findings consisting of optic disc edema in 5, globe flattening in 5, choroidal folds in 5, cotton-wool spots in 3, nerve fiber layer thickening detected by optical coherence tomography in 6, and decreased near vision in 6. The 300 post-flight questionnaires documented that approximately 29 per cent and 60 per cent of astronauts on short-duration and long-duration missions, respectively, experienced a degradation in distant and near visual acuity.

Future missions in space would involve long-term travel beyond the magnetic field of the Earth, subjecting astronauts to radiation hazards posed by solar flares and galactic cosmic rays, altered gravitation fields and physiological stress. Neurological effects from this prolonged exposure could be detrimental. Data from Mir missions had shown that bone loss continues in space, despite an aggressive countermeasure program. Average losses were 0.35 per cent per month, but some load bearing areas lost >1 per cent per month. A 1 per cent loss rate, if it continued unabated for 30 months, could produce osteoporosis.

Microgravity, confinement, isolation, and immobilisation have to be endured during space missions. Longduration space travel could therefore have detrimental effects on human physiology. Preliminary spaceflight studies have shown an involvement of the cerebellum, cortical sensorimotor, somatosensory areas and vestibular pathways. Medications are administered during space flights under the assumption that they act in a similar way as on Earth. Decreased drug and formulation stability in space could also influence efficacy and safety of medications.

Heart and vascular functions are susceptible to changes in weightlessness. The altered cardiovascular function in space causes physiological problems in the post flight period. Cardiovascular adjustments to microgravity, bone demineralisation, and possible decompression sickness and excessive radiation exposure contribute further to medical problems of astronauts in space. Space programmes to the Moon and Mars would result in increased exposure to space radiation. The biological effects of extended exposure to high-energy heavy ions on the nervous system is not yet understood. However, experimental studies suggest that there could be a risk for developing cancer. Experts are focusing on an increased understanding of the oncogenic potential of galactic cosmic rays.

Cardiopulmonary changes, intraocular pressure changes, elongation of the spine, back pain, lack of sleep, circadian rhythm alteration, decreased food consumption, psychological stress and orthostatic intolerance have been reported. Dressing becomes difficult due to weightlessness(the correct term is microgravity not Zero gravity). Food and drink may float away. Shaving would be restricted. Disposable clothes would be replaced every three days. Washing would be with wet towels. Solid human would be collected, compressed and stored for later disposal not recycled.

Five hundred and forty two individuals from over 40 countries have been in outer space in over 1,220 space flights, with a total of 46,847 person days in space from 1961 till 2016. Seventeen non-fatal yet severe medical emergencies have been documented during spaceflights between 1961 and 1999. Astronauts work on tasks for which they have trained for months. Huge amounts of time, money and effort have been invested in the mission and nobody can afford for an astronaut to be grounded or for a mission to be aborted due to ill health.

The Vyomanauts selected will have to be in super health. They will have to work for a very long time in extreme environments simulated to be as close to outer space. They will have to be well trained in health care including giving IV injections, CPR, being familiar with defibrillators etc. The “Space doctors” on the ground looking after them must be multi-faceted personalities. They need to be an embodiment of patience and perseverance, have problem solving and communication skills, be able to work as part of a close-knit team and keep calm under pressure. Providing remote health care of the highest standard in outer space pre supposes a passionate dedicated team with domain expertise in space medicine, space nutrition, space pharmacy, space nursing, biomedical engineering, Health related ICT and so on.

The relevance of space medicine in an emerging economy, may be questioned. While it is unlikely that there will be immediate clinical applications for space medicine,knowledge of physical changes due to zero (micro) gravity and radiation will eventually offer additional insights into how the human body functions on earth. We need to understand and accept that the future is always ahead of schedule. Who knows one day some of the younger readers of this magazine may actually be evaluating a space tourist.

Getting such a team together all with a “Made in India” stamp will do wonders for the morale of all the 13,000 individuals who will be part of this mega event. The US$1.5 Billion earmarked for this project will certainly yield rich dividends in creating a new mindset that we have the potential to be “better than the best”. More important there will be many, many spin offs which will have a major application in exponentially increasing the role of Health Care IoT. Smart Health will no longer be a hyperbole. The Human Space Programme Gaganyaan2 will ensure this. 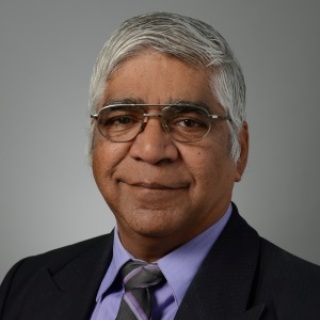