Digital health may seem to be the answer to achieving patient-centric health, but there’s more to it than that. For healthcare to be truly patient-centric, it must first and foremost be ‘integrated’–‘One Patient One Health Record’, as envisioned by Singapore. While it may be tempting to assume that such a vision is quickly and readily realisable in a city-state like Singapore, this can’t be farther from the truth.

Digital health may seem to be the elixir to achieving patientcentric health, but there’s more to patient-centricity than that. For healthcare to be truly patient-centric, it must first and foremost be ‘integrated’ – ‘One Patient, One Health Record’- as envisioned by Singapore. While it may be tempting to assume that such a vision is quickly and readily realisable in a citystate like Singapore, this can’t be farther from the truth.

Singapore is a multi-ethnic city-state with a population of 5.9 million. The island nation enjoys the rare distinction of being among the top ten healthiest countries in the world and having a healthcare system well regarded as one of the world’s most efficient. It boasts a two-tier system where the public and private sectors play intersecting roles in the provisioning as well as the financing of healthcare services. While 80 per cent of the primary healthcare demand is met by private clinics run by general practitioners, public health facilities account for about 80 per cent of total acute hospital inpatient admissions and 40 per cent of total nursing home beds. The remaining demand for beds in acute hospitals and nursing homes is met by a combination of private and not-forprofit health facilities. 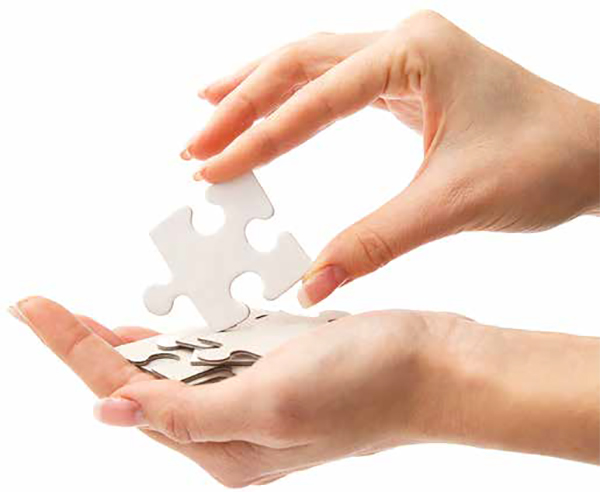 The bedrock of Singapore’s healthcare financing system is what is known as the S+3Ms scheme —Subsidies plus Medisave, MediShield Life and Medifund—which is based on the philosophy of shared responsibility. This means the government would subsidise healthcare costs, but the people would still have to assume personal financial responsibility for their healthcare through co-payments and voluntary, supplemental private insurance coverage for higher benefits, in order to keep the healthcare system viable and sustainable. It therefore comes as no surprise that Singapore’s total health expenditure expressed as a percentage of its GDP, remains at around 4 per cent.

Notwithstanding the accolades Singapore’s healthcare system has garnered, its risk-shifting policy has resulted in an out-of-pocket health expenditure for its population that stands at a whopping 30 per cent of its total health expenditure. To put this in perspective, this is more than double the 14 per cent average for both the ‘OECD’ and ‘high-income’ categories of countries. Such a situation does not bode well for Singapore’s ‘hyper-ageing’ population which is soon bound to confront the double whammy of a higher prevalence of noncommunicable diseases and a corresponding escalation in demand for healthcare services, further driving healthcare costs. It goes without saying that out-of-pocket health expenditure will also rise in tandem, potentially inflicting financial distress on the country’s population.

Recognising that the demands of such a rapidly ageing population could possibly render the predominantly hospital-centric healthcare model unsustainable in course of time, the Singapore government evolved what is called the ‘3 Beyonds’ strategy in 2016, to guide the long-term transformation of its healthcare system. The ‘3 Beyonds’ are namely, ‘beyond healthcare to health’ focusing on health promotion and disease prevention, ‘beyond hospital to community’ focusing on care in the community or at home in lieu of hospital admissions where appropriate, and ‘beyond quality to value’ focusing on researching treatments that provide the best value for money.

To support the ‘3 Beyonds’ strategy that reiterates personal responsibility for health and healthcare, a prerequisite is patient-centrism – genuinely putting patients at the centre of healthcare. This translates to taking cognisance of the barriers that stand in the way of delivering truly patient-centric care and eradicating those. The most fundamental of these barriers have to do with information, or rather, the lack of (or limited) access to it for patients.

A patient-centric healthcare system is expected to reduce information asymmetry in the provider-patient relationship, benefitting patients and empowering them in their healthcare decisions and choices. However, such an outcome may not be desirable for healthcare providers, particularly those from the for-profit sector, who have been traditionally leveraging such information gaps to their advantage. Although there are some of these healthcare providers who may seemingly be willing to share health information with their patients, they may only want to do so within a private network – a mutually beneficial arrangement for the entities in the network. Any patient information is strictly shareable only within the network, resulting in information blocking. This restricts patients’ healthcare choices to the entities in the network or increases their healthcare costs (by way of duplicative consultations and tests) if they opt to move out of the network.

Singapore has no doubt made some headway with respect to addressing the aforementioned information barriers through their National Electronic Health Records (NEHR) initiative launched in 2011. However, 10 years later, it continues to remain a work in progress. The NEHR, conceptualised to realise a part of Singapore’s ‘One Patient, One Health Record’ vision, may be one of the fundamental steps towards achieving patient-centrism. However, it is nothing short of a giant leap considering the complexities involved. To bring this strategic vision to fruition, first and foremost, an integration of the fragmented healthcare system encompassing the public, not-for-profit and private sectors, is a prerequisite.

An integrated health system will enable ‘continuum of care’, defined as a system’s capability to track patients over time across an array of healthcare services at all levels of care. Such a system which facilitates a longitudinal view of a patient’s health history, is also what is needed to help Singapore realise its ‘One Patient, One Health Record’ dream and pave the way for it to accomplish its ‘3 Beyonds’. Having ready and ubiquitous access to their lifelong story of treatments, tests and prescriptions not only empowers patients, but also supports their healthcare providers in terms of making the best possible decisions relating to their healthcare. Such a system is also bound to generate a huge amount of health data which may be harnessed to drive productivity, innovation, competition, accountability, and new business models in healthcare.

Given Singapore’s openness to technological innovations that foster efficiency, its thrust on the digital literacy of its population, its proclivity to heavyhanded governance, and of course, its ‘smallness’, it may be easy to assume that achieving integrated healthcare may not be a herculean task, if not a trivial undertaking. This, however, is not as simple as it seems. While Singapore has been successful at integrating the public sector healthcare providers it finances and regulates, and having them onboard the NEHR, its efforts have not paid off with the private sector. 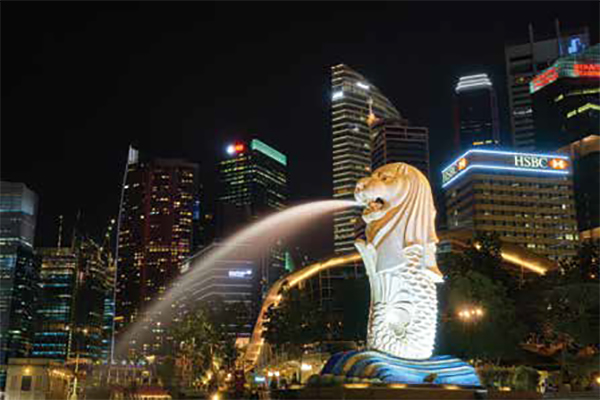 In spite of a SGD 20 million fund earmarked to assist private practices in updating their existing systems so that these become interoperable with the NEHR, the uptake has been slow. According to a 2018 study, only an estimated 27 per cent of private licensees in ambulatory care comprising general practitioners, specialists and dentists, accessed and reviewed patient data on the NEHR. As for those contributing and uploading data to the NEHR, it was a dismal 3 per cent.

Just as Singapore was contemplating legislation of a Healthcare Services Bill requiring mandatory data contribution by all licensed healthcare providers and institutions, including clinical laboratories, a cyberattack on the IT systems of SingHealth—one of Singapore’s 3 healthcare clusters— in July 2018, forced a pause on the plan. Although the NEHR was not impacted, the cyberattack resulted in a data breach affecting nearly 1.5 million health records, which, understandably, sparked concerns and anguish among the already apprehensive medical fraternity. This unexpected turn of events led the Singapore government to postpone wider implementation of the NEHR. This meant the mandatory data contribution by all healthcare providers was postponed as well, until a rigorous, independent, third-party review to identify vulnerabilities was completed, and safeguards put in place. As at the time of writing this article, this remains an unresolved issue.

The lesson to be learnt from the Singapore story is that achieving ‘integrated healthcare’ in the true sense is an arduous endeavour even for a small nation. The challenges involved in integrating healthcare at a national level are often underestimated. These challenges are not just limited to technical issues, but in fact have more to do with political and economic issues. It is also evident from Singapore’s account that government intervention is crucial for initiating and developing an integrated healthcare system on a national scale. The lower-thanexpected uptake of the NEHR among private sector healthcare providers is attributable to the lack of a clear mandate and well-defined incentives from the Singapore government. Without the entire spectrum of public, not-for-profit, and private healthcare providers participating in the NEHR system, Singapore’s dream of integrated healthcare via ‘One Patient, One Health Record’, will be jeopardised. Nevertheless, as of date, Singapore remains one of those few countries that have made significant progress on this front. It remains to be seen if Singapore will gravitate towards the carrot and stick approach to get the private healthcare sector on board when the time is ripe. Given Singapore’s quest for excellence in providing public services, the country’s healthcare system holds out a promise to transform into a truly integrated, affordable, and sustainable system, an embodiment of its ‘3 Beyonds’ strategy. 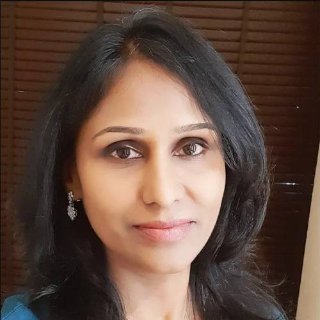 Lena is a lecturer at Nanyang Technological University (NTU), Singapore. She has a PhD in information studies from NTU as well. Her research interests lie primarily in the areas of e-health and digital ecosystems. Lena has several publications to her credit, her most recent work being a book titled “Capturing Value in Digital Health Eco-Systems: Validating Strategies for Stakeholders" published by the Taylor & Francis Group in 2021.