MENTAL HEALTH CHALLENGES IN THE ASIA-PACIFIC

The figures for Mental Health around the world are staggering - any whichever way they are looked at. Governments, Healthcare institutions and employers have an obligation to reverse this trend. Best practices are emerging quickly but more can and should be done. Technology alone may not be enough but it can and will play an important role in this massive effort.

Recently, after a 16-year old girl committed suicide in Malaysia following a survey on her Instagram account, the country’s minister for youth said, “I am genuinely worried about the state of our youth's mental health.” Infact, a study in Korea found that 75 per cent of those attempting suicide are living with more than one mental illness, while in Australia, the suicide rate among people with a mental illness is at least seven times higher than the general population.

Yet, mental health remains an issue largely unaddressed, almost neglected. As WHO points out, "health systems have not yet adequately responded to the burden of mental disorders.” National policies and programmes in mental health are urgently needed to change this situation, yet over 40 per cent of countries have no mental health policy, and over 30 per cent have no mental health programme. Talking about Asia-Pacific, in Australia and Singapore, under half of those with mental illness receive medical care, while in India and China, only around a tenth.

This is even though mental health problems place huge health and economic burden on the country. For example, mental health problems are the second-biggest health issue in Asia Pacific on years lost to disability. Also, as per an EIU study, between now and 2030, they will reduce economic growth in India and China by USD 11 trillion. In Australia and New Zealand, the annual estimated total cost of mental illness is 3.5 per cent and 5 per cent of GDP respectively. Additionally, as per a recent WHO-led study, it is estimated that depression and anxiety disorders cost the global economy US$ 1 trillion each year in lost productivity.

Even though, Dr. Brock Chisholm, the first Director-General of the WHO, had, in 1954,asserted that “without mental health there can be no true physical health,” progress in addressing mental health issues has been painfully limited.

The Question is, why are Mental Illness Issues Overlooked?

To begin with, in most countries in Asia-Pacific, there is a stigma associated with mental disorders, which prevents better community integration. While this can be attributed to culture and belief system, a lot of this is also due to lack of awareness and literacy surrounding mental health issues.

This is followed by limited availability and access to medical help and health services to address the issue. It is estimated that mental health budget for most countries in Asia Pacific is less than 5 per cent of total health spending, the WHO’s recommended minimum. Governments (both local and central) will have to play a major role to address the issue. From improving outlay on mental health, to creating a politicolegal policy framework, to driving awareness, to promoting emotional wellbeing and building resilience, to helping people understand, protect and sustain their mental health, to providing cost-effective public health strategies for promoting and restoring mental health. An example is the Manchester City Council’s Troubled Family Initiative using spatial and quantitative analytics to determine strategies that will work best for individual families. It used information to support planning and actions to reduce the drug and alcohol issues in families, which eventually resulted in fewer child removals.

Another factor is lack of opportunities for people suffering from mental health disorders to find work, which not only helps them gain financial independence, but also societal acceptance. As per a survey done by the Financial Times, which interviewed 450 respondents from 43 countries,“… majority felt unsupported, alienated or discriminated against on the basis of their mental health.” Two-thirds believed their work had “a somewhat to extremely negative effect on their health,” and 44 per cent said “they did not think mental health was taken seriously by their organisation.” Half said they either didn’t know where at work to go or had nowhere to go if they needed support. Employers will also be required to play a critical role, to accommodate employees with mental health issues, to provide vocational training support, and most importantly to ensure a workplace free of discrimination. An example is IBM Australia rolling out neuro diversity programme, hiring people with autism to fill a variety of IT roles at its Client Innovation Centre in Ballarat.

Equally important is to address mental health in the workplace, as several risk factors that affect mental health may be present in the working environment. According to the WHO, every dollar invested in improving access to treatment leads to a return of US$4 in better health and productivity. There are many effective actions that organisations can take to promote mental health in the workplace. An example is IBM working with HR services company Morneau Shepell in Canada on a solution to help people in distress. For this, IBM Canada launched Ava, a chatbot designed to guide people to mental wellness resources and services when they have questions about their own mental wellness.

One of the key challenges while dealing with mental health — common to all Asia-Pacific countries — is that of data, or rather, the lack of it. In most developing countries, even basic information on prevalence of mental health issues is missing, more often than not. This not only limits adequate treatment and care options, but also has a limiting impact policy development. Sensitive data exists separately across different departments. It needs to be unified and made accessible to all team members. This is where technology can play a crucial role, by helping with solutions that can collect, integrate and analyse data, enabling and encouraging care providers and policymakers to act with information. Some examples:

With so many individual case management systems, designing and deploying a data model that allows a comprehensive, collaborative view of patients proves to be difficult. Old, inefficient organisational silos prevent meaningful collaboration across departments, which make it impossible to synchronise efforts and direct a coordinated response to meet individual needs. It is important to break down silos isolating social, legal and even behavioural health data, allowing integrated multi-disciplinary teams to glean insights developed from the full picture of patients’ information. With this level of access and visibility, duplicated efforts could be eliminated, and client needs could be met in intricately layered ways to lead to better outcomes. Solutions like the IBM Connect 360 leverage technology to harness cross-program data to support collaboration and provide actionable information at the point of care, by placing a unifying data management and coordination layer over existing systems.

Coordinating care among care teams and providers are key factors in managing the health of the population. This requires unlocking and integrating the full breadth of information from multiple systems and care providers, automating care management workflows, and scaling to meet the demands of growing populations under management. There are AI-powered solutions that can help to do this, one of them is called Watson Care Manager. It can help coordinate care by unlocking the potential of structured and unstructured data with cognitive insights. Massive data sets from multiple programmes and organisations, including social determinants of mental health, can be combined with sophisticated analytics, natural language processing, and machine learning to help users synthesise findings and improve their decision-making.

To summarise, mental illness is a widespread problem in AP, with anywhere between 4 per cent to 20 per cent of the population experiencing a diagnosable mental health problem. Most countries have a long way in bridging the treatment gap, as between 50 per cent - 90 per cent people do not receive treatment. It is government’s responsibility to ensure that mental health is an essential component of publichealth system, and policies and actions protect and promote the mental health and well-being of people.

Mental health problems have serious economic repercussions, in the form of productivity lost and costs involved, even as countries struggle to collect data to support policy making and quality of treatment options. The solution to accelerate needed change is in an efficient use of technology, and the new opportunities brought by artificial intelligence (AI) and cognitive systems that can help to gain actionable insights from the data available. 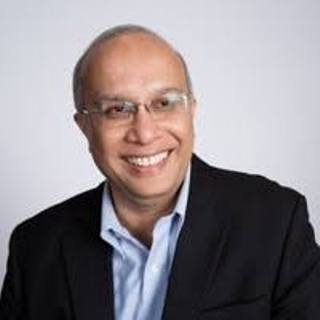 Madhav Ragam wants us all to live in safe, secure, well planned, healthy and thriving cities and nations. And in his role as Vice President - Government & Healthcare Industry Solutions, he works to find ways for Governments around Asia Pacific to better understand their citizens, businesses and work to deliver innovation and efficiency to the systems that support life on this planet, from social programs, defense, tax, customs & borders, transportation to healthcare.