Addressing the Osteoporosis Care Gap in The Asia-Pacific

In the Asia-Pacific there are significant inconsistencies in clinical practice guidelines for the management and prevention of osteoporosis and fragility fractures. These guidelines vary in scope and recommendations. To address this, in early 2021, APCO launched The APCO Framework – the first pan-Asia-Pacific clinical practice standards for the screening, diagnosis, and management of osteoporosis. 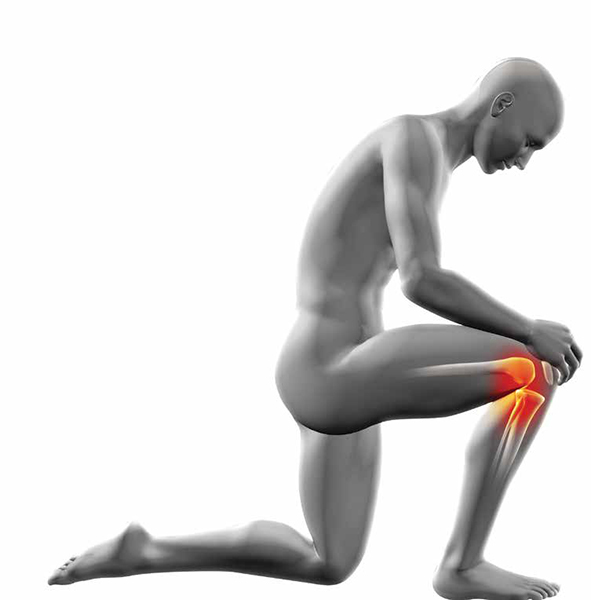 A significant challenge to overcome

The survival of those who sustain an osteoporotic fragility fracture is significantly compromised for up to six years, with patients facing twice the risk of death within the first year. Furthermore, a prior fracture at any site doubles a person’s risk of refracture.

In the Asia-Pacific alone, an overwhelming 319 million people aged 50 years and over are projected to be at risk of osteoporotic fracture over the next three decades. More than 50 per cent of the world’s hip fractures are expected to occur in the region by the year 2050.

The Asia-Pacific is home to 4.5 billion people, a rapidly ageing population, and vastly different healthcare systems. Given the anticipated, exponential growth in fragility fractures due to the region’s ageing population, mass urbanisation and increasingly sedentary lifestyles, recognition of the monumental human and socio-economic burden of osteoporosis, and the severe impact of fractures on a patient’s independence and quality of life, is critical. Osteoporosis must become an urgent priority on regional and global health agendas.

Despite alarming osteoporosis and fragility fracture statistics worldwide and the extensive availability of safe and effective osteoporosis therapies, more than 80 per cent of fragility fracture patients are neither assessed, nor treated, thereby placing a substantial, but importantly, preventable burden on already strained healthcare systems.

Osteoporosis is vastly underdiagnosed and under-treated. Disturbingly, millions of people worldwide at high risk of fracture remain unaware of this underlying, silent disease. Sadly, people often only discover they have osteoporosis after sustaining a first fracture. A fragility fracture, which occurs every three seconds worldwide, compromises quality of life and loss of independence. Worryingly, one-in-four patients who sustain a hip fracture die within a year, and less than half of those who survive, regain their previous level of function.

Osteoporosis can compromise a person’s quality of life through loss of independence and productivity, chronic pain, disability, emotional distress, reduced social interaction, and selflimitation caused by a fear of falling. Less than a third of hip fracture patients regain their pre-fracture level of mobility, while more than 80 per cent are restricted with their daily activities, such as driving or grocery shopping. Importantly, osteoporosis not only affects those living with the disease, but also their family, and the community at large.

Among all osteoporotic fractures, hip fractures incur the greatest morbidity, mortality, and social and financial costs. An analysis of nine Asian countries and regions from the Asian Federation of Osteoporosis Societies (AFOS) revealed the number of hip fractures will more than double from 1.13 million in 2018, to 2.54 million in 2050.5 In 2018, the estimated cost of hip fractures obtained from nine Asian countries or regions was USD 7.5 billion. By 2050, projections suggest this will rise to approximately USD 13 billion.5 Overwhelmingly, the costs for treating a single hip fracture represents approximately 19 per cent of APAC’s regional per-head annual gross domestic product (GDP).

China and India contribute to the highest absolute number increase in hip fractures in the region. In fact, the two countries constitute approximately 37 per cent of the world’s population, and therefore, largely account for the anticipated hip fracture epidemic expected in the Asia-Pacific.

Between 2025 and 2050, the population of India is projected to grow from 1.4 billion, to 1.88 billion, with those aged over 50 who are more susceptible to osteoporosis, expected to constitute 33 per cent of the population by the middle of the century. 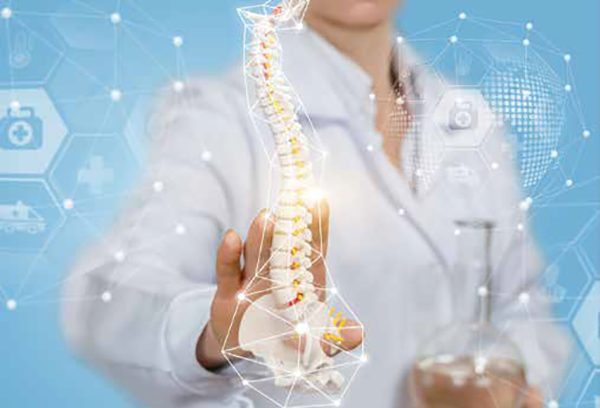 In India alone, the direct medical costs of hip fractures was an estimated USD 256 million in 2018, the costs for which are projected to increase to USD 612 million by 2050.

Projections suggest the total number of osteoporosis-related fractures in China will increase from 2.33 million in 2010, to 5.99 million in 2050.

These emerging concepts in osteoporosis care should be astutely considered and incorporated into new and revised guidelines, following careful deliberation of their applicability to local health care practices.

One of the emerging osteoporosis themes is the importance of Asia-Pacific-wide systemic integration of case identification and management at all levels of health systems, including acute care services, when patients present with fractures through Post Fracture Care Coordination Programs, such as Fracture Liaison Services (FLS).

These coordinated systems of care aim to identify, treat and monitor patients presenting with a fragility fracture. Intervention can halve the incidence of fragility fractures, deliver significant financial savings, and most importantly, save lives.

In the Asia-Pacific, there are currently 111 FLS centres, 19 of which have been awarded a gold star rating, based on evaluation of achievement against the International Osteoporosis Foundation’s (IOF) Best Practice Framework standards for four key fragility fracture patient groups – hip fractures, other in-patient fractures, outpatient fractures and vertebral fractures – and organisational characteristics.

Another important emerging theme is the urgent need to employ health economics to inform intervention thresholds and indications for specific classes of osteoporosis therapies. 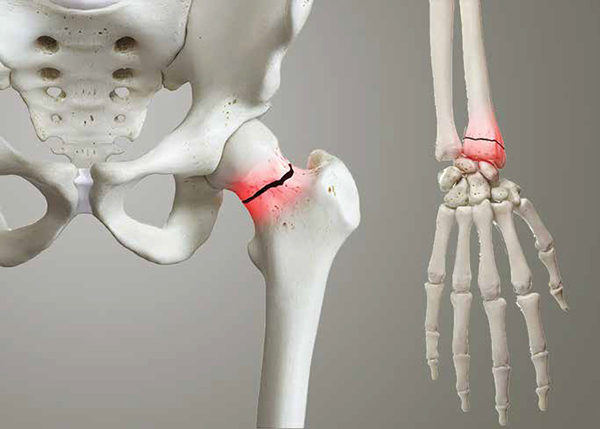 For example, a significant body of evidence obtained through analysis of nine active interventions across 14 countries, has demonstrated antiosteoporosis therapies are cost-effective in women at high risk of fracture. When compared with no treatment, active osteoporotic drugs were generally cost effective in postmenopausal women aged over 60-65 years with low bone mass, especially those who had sustained prior vertebral fractures.

The Asia-Pacific Consortium on Osteoporosis (APCO)1 was launched in May 2019. The overarching goal of APCO is to stem the tsunami of osteoporotic fractures in the Asia-Pacific, and to promote quality care in osteoporosis.

Minimum clinical standards for the assessment and management of osteoporosis are therefore urgently required in the Asia-Pacific, to inform clinical practice guidelines, and improve osteoporosis care.

After employing a comprehensive 5IQ analysis and the well-established Delphi Consensus process to analyse the 18 clinical practice guidelines existing in the Asia-Pacific region, in early 2021, APCO launched The APCO Framework2 – the first pan-Asia-Pacific clinical practice standards for the screening, diagnosis, and management of osteoporosis, targeting a broad range of high-risk groups.

Implementation a set of minimum clinical standards care for the screening, diagnosis, and management of osteoporosis is expected to significantly reduce the burden of osteoporosis not only in the Asia-Pacific region, but also worldwide.

To further support the HCP community in the Asia-Pacific in the implementation of minimum clinical standards, APCO recently developed the APCO HCP Peer to Peer Educational Modules 3 – a 17-module educational series designed to arm osteoporosis champions in the Asia-Pacific, with information, supporting data, topical literature summaries, and best practice examples that support and emphasise each of The APCO Framework’s 16 minimum clinical standards and address emerging themes in osteoporosis care.

The development and launch of peer to peer educational resources for the HCP community designed to encourage wide scale implementation of minimum clinical standards, demonstrates APCO’s ongoing commitment to achieving greater consistency in national and regional clinical practice guidelines for the screening, diagnosis, and management of osteoporosis in the Asia-Pacific, wide scale implementation of FLS and calling for due consideration of health economics by guideline developers and policy makers in the Asia-Pacific. 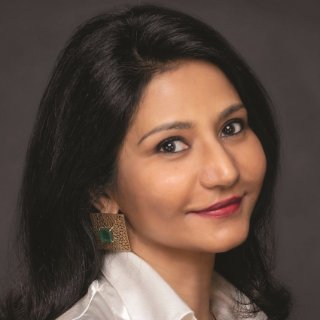 Manju Chandran, who is the International Osteoporosis Foundation 2021 IOF Olof Johnell Science Awardee, is an internationally renowned Endocrinologist. She is a Senior Consultant and Director of the Osteoporosis and Bone Metabolism Unit at Singapore General Hospital, and the inaugural Chairperson of the Asia-Pacific Consortium on Osteoporosis (APCO). 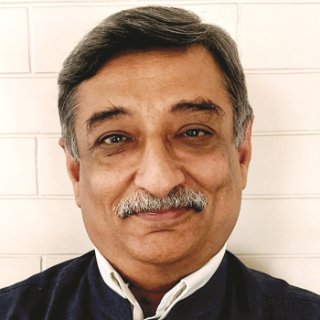 Manoj Chadha is Consultant Endocrinologist at P.D. Hinduja National Hospital and Medical Research Centre, Mumbai, India. He is Immediate Past President of the Indian Society of Bone Mineral Research (ISBMR), Past President of the Endocrine Society of India, Regional Representative at the International Osteoporosis Foundation (IOF), and APCO member. 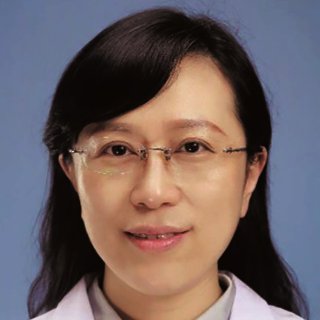