BENEFITS OF NATURAL IMMUNITY FROM COVID MUST BE CREDITED

Discussions concerning mandatory vaccination cards are ignoring the millions who have had the COVID virus. Over 98 per cent of those survived and have natural immunity. Now monoclonal antibodies are being reproduced in the lab for infusions. At the end of the day, our immune system is the best defense.

In all the discussions regarding vaccination—to have one or two or none-there’s a critical component missing: our innate human capacity to heal ourselves, our natural immunity.

Never has the healthcare systems in the US, UK, and Canada, at a minimum, so failed to instruct the populace on how to take care of themselves by, basically, strengthening their immune system.

The only messages on how to ‘stay safe’ have been ‘wash your hands’ and ‘keep 6’ apart’. The dialogue that immediately rose from the health agencies, government, and the mass media became a single message—vaccination was the only solution.

And this message has become the only one permitted. Individuals who have promoted and educated readers/website visitors/patients for decades in natural solutions for health challenges have been vilified. Censorship of leaders and of ordinary, interested individuals, has become a serious attack on democratic freedoms of speech and the press. And, ultimately, health freedom, the right to choose what we will do to care for our body/our life, is threatened.

This mono-message of vaccines as the only solution adds to the social divisions that Americans are already suffering. Deciding to strengthen one’s immune system and not inject vaccines that haven’t been tested according to FDA standards isn’t a political decision. It’s a health choice. And it’s a choice every human being should have. 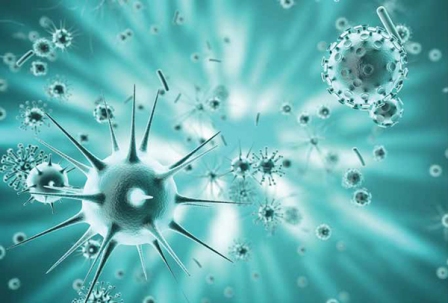 It’s quite understandable that the American Medical Association (AMA) wouldn’t endorse a programme of healthy living as a solution. Self-care programmes of detoxification, eating mainly live foods (unprocessed—no Boxes, Bags, or Cans), exercises for de-stressing and strengthening, and herbs to bolster the immune system aren’t part of their education or regime.

America’s physicians have one course in nutrition in medical school. Their schools and programmes are built and supported by the pharmaceutical industry and use of pharmaceuticals is the modus operandi.

When I researched the content of WomensMedicineBowl.com in 2002, about 95 per cent of continuing education of US physicians was sponsored by the pharmaceutical industry. They’re not teaching herbal treatments and sitz baths.

So with the onset of a pandemic, the only solution obvious to the dominant medical paradigm was vaccines. But with the virus continuing to mutate, how many vaccine boosters will be endured? With what consequences? Why is open communication of people’s experiences with the vaccines not being permitted? Why are the numbers of death and adverse events from the vaccines not openly discussed but, instead, censored?

Physicians in America and abroad who have developed protocols that are documented to have saved hundreds of thousands of Covid patients, are muted.

A UK physician was questioned on why she hadn’t recommended immune strengthening to the woman’s mother, who had died from Covid. The doctor replied that her license to practice would be suspended if she didn’t push the vaccines.

In the US the AMA issued a document to its members on how to talk to the media in doublespeak and ‘hospitalisations’ became ‘deaths’.

Millions of us have had some version of the corona virus, and over 98 per cent have survived. As a result of having had the disease we developed antibodies to the virus and now have natural immunity—nature’s inoculation, of sorts.

A week before the lockdown in March 2020, my daughter and I both contracted the virus. We had been measuring EMF levels in the streets of Washington, DC, and stopped in a crowded restaurant for lunch.

Some 48 hours later, I began to have unusual fatigue. Another two days passed, I was awakened with severe body aches, my usual symptom of influenza. I had been travelling internationally for several weeks, and, having lung challenges, I had been taking an herbal formula for bronchial support regularly during those weeks. That night I took a French homeopathy remedy for influenza, which is always in my suitcase.

In early March 2020, there were no testing sites. Usually, all flu symptoms disappear in 24-36 hours with the homeopathic treatment. When the fatigue lingered for another five days, we figured it was Covid. My daughter’s symptoms began two days after mine. With the lung herbals, homeopathic for flu, and 2grams of vitamin C plus quercetin twice/daily, we were both recovered in a week.

So how does natural inoculation occur? Did it? In November, she was tested, and the Covid antibodies were present in her blood. I didn’t have the specific test for Covid antibodies, but I had a biofeedback programme done in December that found traces of the virus.

For how long does the body retain the antibodies? It surely varies with each unique individual, but that biofeedback programme found traces of a serious virus I had contracted at age 15, more than 50 years ago. So I have a natural (earned) immunity with viruses. And surely everyone does.

While talk of vaccine passports has forgotten the natural immunity of covid survivors, nearly everyone somehow sees the value of antibodies. Monoclonal Covid antibodies (from natural sources) are now being reproduced in labs, and those who refused the untested vaccines are lining up in the US to pay US 2,000 for infusions of nature’s antibodies. There is serious irony here. In fact, pharmaceutical companies are finding it increasingly difficult to discount natural immunity.

There are dozens of studies showing natural immunity from a previous infection is robust and long-lasting, something that cannot be said for the COVID shots. Natural immunity is typically lifelong, and studies have shown natural immunity against SARSCoV-2 is, at bare minimum, longer lasting than vaccine-induced immunity.

One Israeli study of 2.5 million people that found the vaccinated group was actually seven times more likely to get infected with COVID than those with natural immunity from a previous infection.(IsraeliNationalNews.com 7/13/21)

Another Israeli study that included 700,000 people, posted August 25, 2021, on the preprint server medRxiv, found those with prior SARS-CoV-2 infections were 27 times less likely to develop symptomatic infection for a second time, compared to those who were vaccinated1. A June 2021, Public Health England report showed that as a hospital patient, you are six times more likely to die of the COVID Delta variant if you are fully vaccinated, than if you are not vaccinated at all. (Public Health Briefing 15, June 3, 2021)

Cure-Hub data has found natural immunity confers much wider protection as your body recognises all five proteins of the virus and not just one. With the COVID shot, your body only recognises one of these proteins, the spike protein. (June 11, 2021)

The reason natural immunity is stronger than vaccine-induced immunity is because viruses contain five different proteins. The Covid shot induces antibodies against just one of those proteins, the spike protein, and no T cell immunity (in fact, T cells been decommissioned from protecting). When you’re infected with whole virus, antibodies develop against all parts of the virus, plus memory T cells.

A study that Harvard Medical School professor Martin Kulldorff wrote about on Twitter on August 25th, found that fully jabbed folks had a 13-fold increased risk of infection with Delta variant compared to unvaccinated people who were previously infected with COVID-19.

A major implication, says Kulldorff, is that only allowing jabbed people to participate in society is “scientific nonsense… discriminatory and unethical.” After all: if injected people can get and are getting infected – and may even be more likely to get infected than people who recovered from a prior SARS-CoV-2 infection – then why are officials and employers only requiring unvaxed people to get routinely tested or stay out of public spaces?

Failing to acknowledge the reality and strength of natural immunity appears to be entirely a geopolitical decision. There’s no medically valid reason to promote vaccines as the only solution. The fallout on the credibility of the medical profession in the US with this monomessage of vaccines was discussed in The Washington Post on Sept. 15, 2021.

Nations beyond the West are employing indigenous anti-viral herbal treatments and supplements.

In Thailand, health officials used bullhorns on autos driving through neighborhoods to tell residents of a local herbal treatment. In Bali, Andrographis Paniculata is prescribed for both prevention and treatment. China has used intravenous Vitamin C treatment, and herbal treatments are the norm.

Now with the censorship of online discussion of COVID policies and consequences, there’s a small likelihood that this information will be published or broadcast in the US.

Next week I’ll see whether I’m allowed to enter the grocery shop without a Vax card. 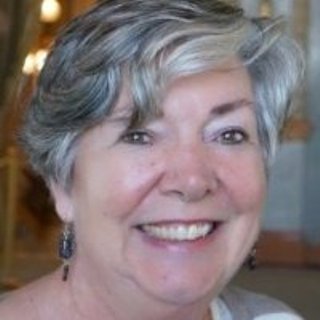 Beverly A Jensen works globally to promote individuals’ education and participation in their health. She is an international speaker, corporate wellness consultant, health coach, and author of 21st Century Wellness Rx (2020). Her website to promote natural health.