Those who die a sudden death, probably are never aware of the potential risk they carry. Recently, new tools for diagnosing those prone to SCD have been introduced. This marks a key milestone in the detection of sudden cardiac death signs among healthy individuals.

Sudden Cardiac Death (SCD) continues to be an important medical challenge in Asia as well as in the developed countries-apart from Europe and the US. Since sudden cardiac arrest is no respecter of geographic boundaries, identifying individuals who are at risk and responding in time to those who suffer from this catastrophe far from hospital are the major problems.

A generally accepted definition of SCD is natural death due to cardiac causes preceded by abrupt loss of consciousness, which lasts for an hour from the onset of acute cardiac symptoms. Epidemiological studies remain challenging because of persisting inconsistencies in data, variations in clinical recognition and its pathophysiological mechanisms of development.

Approximately 50 per cent of all Coronary Artery Disease deaths are sudden and unexpected. They comprise half of all SCDs. The other half that is not CAD-related have very low incidence of 0.1-0.2 per cent per year. Low incidence of disease in the other half is due to inherited conditions such as channelopathies (long QT syndrome, Brugada syndrome, catecholaminergic ventricular tachycardia, and similar disorders), and hypertrophic cardiomyopathy as well as arrhythmogenic right ventricular cardiomyopathy. In an attempt to subcategorise the duration of symptoms preceding SCD, Kuller and colleagues showed that if the duration of symptoms is less than one hour between onset and death, 91 per cent of unexpected natural deaths were found to be due to cardiac arrhythmias. But, if the duration is two hours, only 12 per cent of deaths were sudden and due to cardiac causes. However, if the duration increased to 24 hours, 32 per cent of deaths were found to be sudden.

The causes of SCD vary with the age of the patient and are enhanced by complex interplay between genetic polymorphism and environmental factors. Therefore, virtually any pathologic process that involves the heart may lead to it. The highest incidence of sudden death is between birth and six months of age (sudden infant death syndrome) and between 45 and 75 years of age. The incidence is 100-fold greater in adults older than 35 years, than in young adults less than 30 years old. Men are more likely to die suddenly than women, possibly because of lack of oestrogen protection.

It is interesting, though, that among other causes of death, cases with 'no findings' on autopsy encompass almost one-third of all sudden deaths in the population younger than 30 years of age. It suggests that there was no prior warning sign and that death was the first and usually the only sign.

The risk of sudden death among the general population aged 35 years and older is in the order of 1-2 per 1000 per year. Between the age of 40 and 65, there is a marked increase with CAD being the most important cause. In patients with a high-risk status, the risk of sudden death may be as high as 10-25 per cent per year. In adolescent and young adult populations, the risk is about one per cent (of that of the general adult population) and familial diseases, such as the congenital long QT syndrome, hypertrophic cardiomyopathy, arrhythmogenic right ventricular dysplasia and Brugada syndrome, play a preponderant role.

Among others, Arrhythmogenic Right Ventricular Dysplasia (ARVD) is of special interest. It is the cause of sudden death in young athletes and otherwise healthy people during vigorous physical effort or even during rest and sleep. Unfortunately, valid World Health Organisation (WHO) criteria during last 14 years failed to detect ARVD at its early stage and recommended diagnostic methods were shown to have low sensitivity for majority of patients even in its overt phase (because of a lack of scoring system). Investigation of this population is further complicated by disease rarity and lack of large databases. Newly published research data give priority to vectorcardiography and ultrasound.

The recent results published by Dr Jeff Safitz clearly demonstrate that patients with ARVD are 10 times more susceptible to mechanical stretch and electrical force than normal cardiomyocites, explaining why those patients are at risk for early and massive apoptosis.

The possible explanation for this might lie in the existence of specific place in the heart exposed to most physical forces during cardiac cycle. Nevertheless, this place is the locus minoris rezistentiae during contraction and relaxation of the heart. It is presently the focus of ongoing clinical studies regarding two aforementioned methods in detecting early stage of ARVD / C. It is also registered by WIPO as SOPHIE methodology (suggesting wisdom to detect).

Both of the aforementioned mechanisms are clearly present in ARVD. It is a genetic disorder followed by peculiar RV involvement and its structural and functional abnormalities (due to the replacement of myocardium by fatty and fibrous tissues), and electrical instability that precipitate ventricular arrhythmias and sudden death. However, all non-invasive and invasive methods of evaluating RV structure and function have inherent limitations, which are due to the complex anatomy of RV. Evaluation of the RV can provide important insights due to its complicated structure and the fact of being divided into three parts: inflow, outflow and the crescent-shaped, truncated main body. Not to mention the right ventricular free wall, which also has a variable, trabecular pattern that in combination with its retrosternal position limits precise measurement of cavity size and wall thickness. Nevertheless, Tricuspid Anterior Plane Systolic Excursion (TAPSE) has been shown to correlate with its overall function (in adults), particularly in systole, as assessed by ejection fraction, that can be objectively estimated by radionuclide ventriculography (done in a standard way). The recognition of mild, fruste, or localised forms of the disease remains a clinical challenge. It is difficult to diagnose ARVD in patients with minimal right ventricular abnormalities by echo or contrast angiography examination. So far, only V sign and T sign (Figure 1 and 2) by Dr Ivana I Vranic have been attributed as pathognomonic in ARVD but no other signs have been reported yet. Standardised diagnostic criteria have been proposed by the ISFC, however this condition may be overlooked by the insufficiency of its signs at the early stage of disease.

Database started in 1998 in Serbia, (which encompasses 96 ARVD patients up till now), was discovered and has been investigated by Dr Ivana I Vranic, provides with some interesting new insights in relation to vectorcardiography (Figures 3 and 4). This database made it possible to discover a new pathognomonic sign in the early phase of SCD-prone patients when no other technique is able to detect. Very soon, this technique could be incorporated in a new medical equipment (used for risk stratification of SCD).

The concept that neural activity exerts a potent influence on arrhythmogenesis in late 1970s has received strong affirmation in recent literature. Some important and fascinating new insights have been gained regarding the mechanisms of neurocardiac interactions and important practical tools from emerging concepts have been developed for human studies on neural influences on heart rhythm in health and disease. These elements provide basis for risk stratification in inherited arrhythmogenic diseases and implication for therapy. The entire neural control of the heart is enriched by afferent information, relayed centrally through vagal and sympathetic cardiac afferents. This sensory system, besides signalling haemodynamic changes through cardiac mechanoreceptors provides the basis for arrhythmia genesis.

The analysis of heart rate variability could also provide valuable inputs for the estimation of the risk for SCD. The influence of autonomic nervous system on heart rate has been studied by employing the tool of Heart Rate Variability (HRV). The study has shown that parasympathetic activity influences higher frequency component, whereas sympathetic nerve activity exerts lower frequency component. This parameter is capable of stratifying risk for mortality after myocardial infarction, or chronic cardiomyopathy, but has not been tested in myocarditis or other inherited arrhythmogenic diseases until recently by Dr Ivana I Vranic in ARVD patients.

Heart Rate Turbulence (HRT) is a new method for evaluating the risk of sudden death in patients with heart diseases (Shmidt et al., 1999). Earlier, it was the most powerful risk stratifier in patients with ischemic heart disease, diabetes mellitus, congestive heart failure, and idiopathic dilated cardiomyopathy, Chagas disease and in healthy adults. But this kind of studies has never been conducted with inherited arrhythmogenic diseases until recently by Dr Ivana I Vranic in ARVD patients. 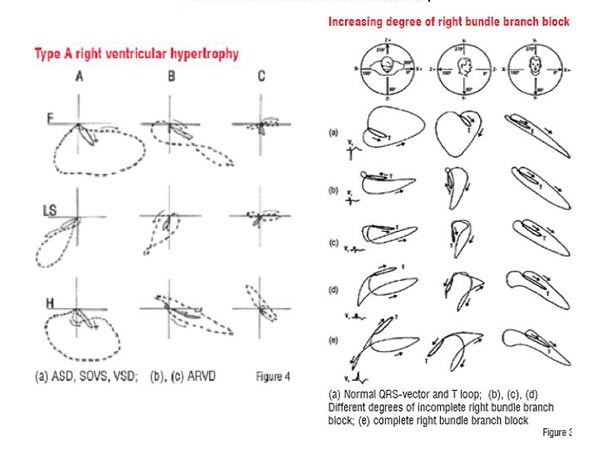 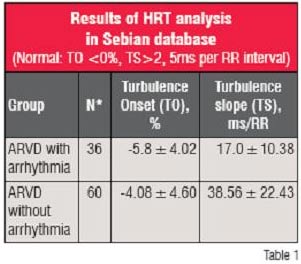 There is diversity of clinical presentation of SCD data, but now possibilities abound with new methods, which can precisely detect people who are at high risk with recent advances in vector cardiography heart rate turbulance analysis. Sophie technology can be of much use to a wide spectrum of populace be it cosmonauts, scientists, sportspersons and high-risk patients. It can also be beneficial to insurance industry and professional sports companies, which buy players.

Ivana I Vranic is a Specialist in Internal Diseases and is pursuing her Doctorate from the University of Belgrade School of Medicine. Her areas of interest include Perioperative intensive care in cardiovascular surgery, ultrasound in cardiology, urgent medical diagnostics and therapy and advanced life support and resuscitation.