IMPLICATIONS OF COVID-19 ON HEART HEALTH

Profoundly straining national healthcare systems and the global economic stability, since December 2019, the Wuhan Virus exhibited diverse patterns of after-effects, especially on the cardiovascular health of an individual, thus leaving a blind spot in understanding the impacts of the disease and a huge field for research unexplored. 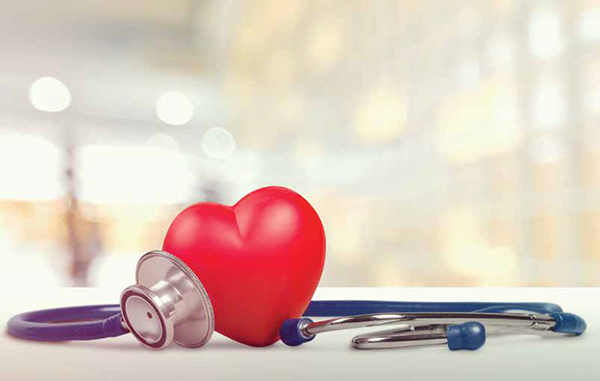 The past two decades witnessed two recorded epidemics, caused by the family of seven known coronaviruses - Severe Acute Respiratory Syndrome Coronavirus (SARS-CoV), in 2002 - 2003, and the Middle East Respiratory Coronavirus (MERS-CoV) in 2012, before the third and also the most recent one started to emerge lately. It eventually turned gigantic, spreading rapidly to several countries globally, inflicting a massive jerk to health, economy, and lifestyle. The previously known virus family, comprising of HCoV- 229E, HCoV-NL63, HCoV-OC43, and HCoV-HKU1, has long been associated with respiratory distress syndromes and flu-like outbreaks, with minimum Cardiac involvement. However, with the ascent in the number of COVID-19 confirmed cases, the recent literature survey documented accumulating data for cardiovascular complications, occurring in about 10-20 per cent of the hospitalised COVID-19 patients. Apart from the high occurrence of cases of bronchitis and severe pneumonia, a heart attack or congestive heart failure was prevalent during the pandemic, particularly among the patients suffering from pre-existing heart ailments. Reports also widely stated COVID-19 triggered myocarditis, along with systemic inflammation, necrosis of its cells, mimicking heart attacks, arrhythmias, and acute or protracted heart failure (muscle dysfunction), as a characteristic of the infection. In fact, these complications at times were the sole features of COVID-19 clinical presentation, and have occurred even with the cases with milder COVID-19 symptoms as well as in the asymptomatic. This deciphered a distinct set of characteristics of SARSCoV-2 in its comprehensive cardiac involvement, which also could probably be a consequence of the exposure of the virus to millions due to the pandemic. Nevertheless, the plausible cause of the COVID-19 infection in the development of myocardial injury in the patients suffering from underlying cardiovascular disease is still unknown and requires an extensive study to confirm whether or not an after-effect of the hyperactive immune response against the virus or the virus itself, that is leading to myocardial inflammation, associated with cardiac function impairment and ventricular tachyarrhythmias.

Structural aspects of the COVID-19 virus

The virus targets the angiotensinconverting enzyme 2 (ACE2) receptor throughout the body while facilitating the entry of viral genetic material by the means of its spike protein, along with the assistance of the cellular serine protease transmembrane protease serine 2 (TMPRSS2), heparan sulfate, and other proteases, which cleaves the viral spikes protein and make the entry pathway for the viral genetic contents and thus it may perturb the angiotensinrenin pathway severely. ACE2 is involved in the regulation of blood volume, systemic vascular resistance, and thus cardiovascular homeostasis. Previous studies documented its association with hypertension, stroke, dyslipidemia, and cardiovascular diseases, and kidney diseases. The heart also has a significantly high level of ACE2 expression which makes it more susceptible to the SARS-COV-2 infection. The difference between SARSCoV-2 and SARS is apparently a furin polybasic site that alters their structure and broadens the tropism of cells that the virus can infect when cleaved. Studies involving autopsy specimens quoted tropism to other organs beyond the lungs i.e. heart, kidney, and liver, with the presence of SARS-CoV-2 genomic RNA. In-vitro studies revealed the ability of SARS-CoV-2 to infect the induced pluripotent stem cells (iPSCs) derived cardiomyocytes, causing the distinctive pattern of cell fragmentation along with the complete dissolution of the contractile machinery, leading to apoptosis, and ultimate cessation of the heartbeat within 72 hours of the viral exposure.

COVID-19 on systemic and cardiovascular health

Besides the direct involvement of the virus in the heart muscles, its entry into the endothelial lining of the blood vessels of the heart and multiple vesicular beds is well documented. Another potential threat is the effects of secondary immune response on the infected heart and endothelial cells (endothelitis) which may include the dysregulation of the renin-angiotensin-aldosterone system modulating blood pressure; activation of proinflammatory responses including platelets, neutrophils, macrophages, and lymphocytes, the cytokine storm and a prothrombotic state. The degree of cardiovascular manifestations ranges from limited necrosis of cardiac cells leading to myocarditis to an oftenfatal inefficiency of the heart to pump sufficient blood, thus leading to cardiogenic shock. Myocarditis, being a diffuse pattern of inflammation of the heart, typically represents a variable admixture of injury and an inflammatory response to the injury, and often extending through all the three layers of the human heart to the pericardium, encompassing the heart, proves to be even more worrisome than the restricted pattern injury. Every one-fifth of the hospitalised COVID-19 patients, suffering from cardiac injury reflects an accumulation of troponin - a cardiac muscle-specific marker in blood, and the same happens with those having pre-existing heart ailments. For the kind of myocardial injury in-hospital mortality, troponin accumulation was found to be a marker for morbidity risk. Moreover, it was observed that the patients with higher troponin amounts also had increased levels of many inflammatory markers, including interleukin-6, C-reactive protein, ferritin, lactate dehydrogenase, and an increased neutrophil count, and heart dysfunction (amino-terminal pro-B–type natriuretic peptide). Involvement of myocytes, which synchronise electrical conduction can cause conduction block and malignant ventricular arrhythmias, leading to the consequential heart attacks. Besides in-hospital arrhythmias, numerous regions with high COVID-19 dissemination have observed a steep increase in out-of-hospital cardiac arrest and sudden death. There has been a reported rise of 77 per cent in the cases in Lombardy, Italy, as compared to the previous year. Due to a cluster of chest pain-like sensations, an irregular EKG, and high levels of cardiac-specific enzymes in the blood, myocarditis imitating a heart attack has been reported even in individuals as young as 16 years. Heart failure, acute cor pulmonale, and cardiogenic shock can occur in response to significant and diffuse heart muscle injury. Other possible pathways, responsible for COVID-19-related heart dysfunction,  such as Takotsubo syndrome or the Broken heart syndrome, which is a transient stress-related illness that causes apical ballooning; ischemia caused by endocarditis; and related atherosclerotic plaque rupture with thrombosis were also reported. Although the children were thought to be less susceptible to COVID-19, in comparison to the adults, and the majority of them with the disease were asymptomatic or presented only milder symptoms, the reports of COVID-19 associated severe inflammatory symptoms among the pediatric patients were not null. An unexpected cluster of eight children (aged 4–14 years) presenting with a hyperinflammatory syndrome with symptoms of Kawasaki Disease was reported in a case series from the United Kingdom. Other causes included the multisystem inflammatory syndrome of children (MIS-C), this time not only exclusive to children but also in the adult subjects, such as in a 45-year-old, with the same clinical. It wouldn’t be of much surprise if the patients present with cardiomyopathy of unknown etiology and test positive for SARS-CoV-2 antibodies in the future. However, attributing all such cardiomyopathy solely to the virus may be difficult, given the high prevalence of infections. A biopsy might be a necessity to identify any virus particle to support causality. 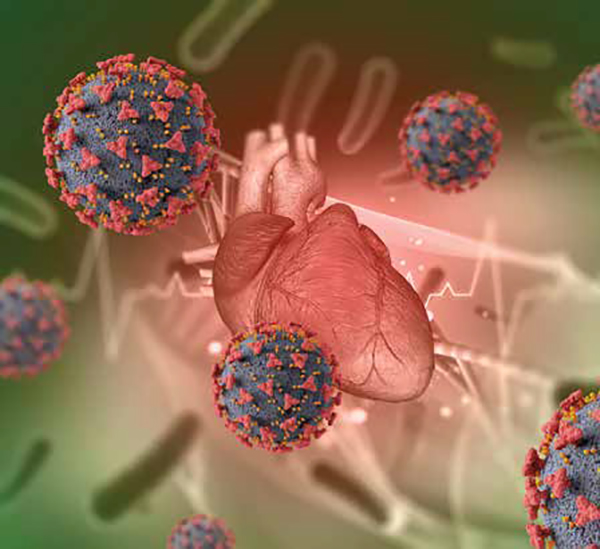 Conversely, an immunologic basis is likely as there is a possibility of myocarditis ensuing from the hyperimmune response so as to tackle coronavirus by releasing excess cytokines. Cytokines might end in inflammation that damages the lungs and the heart alike. This condition, known as a cytokine storm, is often more pronounced in the elderly and the co-morbid population. However, it was also seen to affect the middleaged population largely during the subsequent waves of the pandemic in India being the primary reason for the severe respiratory complications that lead to death in patients suffering from coronavirus. Cytokines promote blood coagulation, thus interfering with the body’s clot-busting system. Blood clots in coronary arteries in turn can block blood flow, causing the risk for heart attacks. A tendency for clotting, both in the microvasculature and large vessels, has been reported in multiple autopsy reports and in the young COVID- 19 patients with a history of stroke. Another relevant possibility for the development of cardiac complications in coronavirus patients could be a consequence of the infected lungs. Insufficient oxygen increases the risk of arrhythmias. Parallelly, fever caused by the virus alters the body’s metabolism, thus increasing the cardiac output. As a result, an elevated demand for oxygen along with a reduced supply, inflicts an imbalance, thereby causing the patient’s heart to struggle, finally leading to myocardial injury. The causes of death also might often involve multiple organ dysfunctions, and therefore difficult to mark myocardial injury as the sole reason. Schematic representation of the pathways leading to post-COVID conditions is depicted in the Figure. 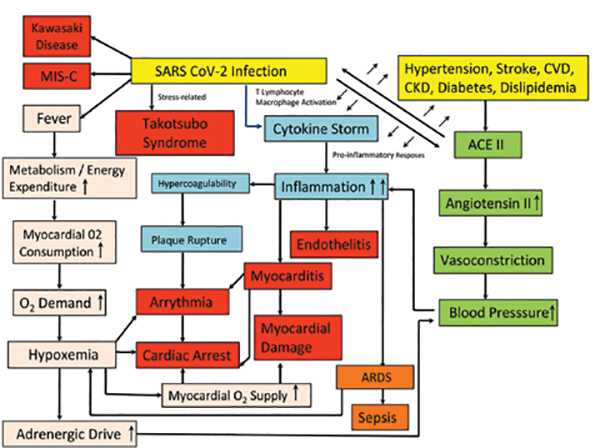 Previous studies have delineated the overall clinical attributes of patients with COVID- 19, and a portion of it has shown that the condition of some patients with COVID-19 deteriorates apace. In contrast to the asymptomatic, a substantial proportion of the population also suffer a long-standing, and often an incapacitating illness, called long-COVID. The marked heterogeneity of the malady, ranging from lack of symptoms to fatality, is poorly understood. The most intriguing question that followed is that why do certain individuals have a propensity for heart involvement after the SARSCoV-2 infection. We hypothesised this to be the result of genetic variability among the individuals at two tiers, modifying their risk towards the ailment. First is the entry point for the virus, that is the ACE2 receptors and their variations among the individuals of certain ethnicities, which makes them either susceptible or resistant towards the virus. The other one includes the immunity of the individual and its effects after the entry of the virus. The reaction of the immunity towards the non-self determines its activity, and thus results in an overactive state of immune responses, that leads to systemic inflammation, which prevails for a much longer time, as compared to the symptoms themselves. And in many cases, the asymptomatic individuals are merely the result of the symptoms getting masked due to unawareness or the socio-economic background of the infected. They may have underlying inflammation-related pneumonia due to the disease and still not experience hypoxia and thus, be considered asymptomatic. On the other hand, the body of the athletes, the demographic cluster of the young and the most healthy, may demand more oxygen when in practice and experience the symptoms of hypoxia and thus, can lead to cardiac arrest due to pulmonary thromboembolism, as a consequence of dilated arteries due to the diseaserelated inflammation. They are the most common to lack the symptoms after SARS-CoV-2 infections and thus, raises the question of how many athletes may have an occult cardiac disease.

Beyond the prevention of infection, the goal of averting cardiovascular involvement is paramount. Long-term Cardiac Surveillance and prospective study design on the viability of treatments, explicit for myocardial injury are of utmost significance. Genome-wide and Whole-genome study designs would reveal and map a particular population at risk, would categorise the vulnerable groups to prioritise them at first, and thus manage the casualties due to the disease.

References: Rewritten from - Bandopadhyay, A., Singh, A. K., & Chaubey, G. (2021). COVID-19: The cause of the manifested Cardiovascular complications during the Pandemic. Frontiers in Cardiovascular Medicine, 1481. 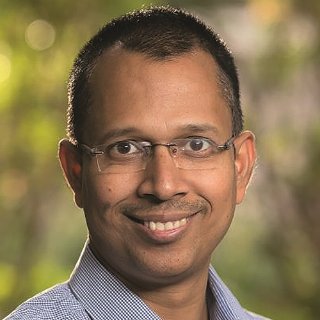 Gyaneshwer Chaubey – He spent most of his research career in Estonian Biocentre and University of Tartu, and also as a visiting scientist to the Sanger Centre, UK, before joining as a Professor in Banaras Hindu University, India. He is known for his in-depth expertise on the demographic history of South and Southeast Asia and their role in old world peopling, and its further application as a foundation to understand the complex disease genetics of South Asians.