Radical surgery is the cornerstone in the treatment of gastric cancer, but results in high locoregional recurrence rates and poor survival. Therefore, further improvement is sought in pre- and postoperative multimodality approaches. High-precision modern radiotherapy, in particular when combined with chemotherapy, plays an important role in optimising clinical outcome.

Gastric cancer is the fourth most frequent malignancy in the world. It is characterised by a high locoregional recurrence rate and poor prognosis. Radical surgical dissection is the basis of cure in this disease. However, because most patients are at advanced stages, surgery alone provides long-term survival of only 20-30 per cent. Randomised trials have shown that a more aggressive (D2) lymph node dissection does not result in a clinically relevant survival benefit, but is associated with increased morbidity and mortality. To improve clinical outcome, several therapeutic approaches have been pursued both in the preoperative as well as in the adjuvant setting.

Intraoperative radiotherapy
In a small prospective trial patients with non-metastatic disease at surgery were randomised between Intraoperative Radiotherapy (IORT) and postoperative external beam radiotherapy. Locoregional recurrence rates were significantly lower in the IORT group (44 and 92 per cent, respectively), without an effect on survival. Although this trial did not show increased toxicity, recent studies indicate that IORT is associated with more surgical morbidity, which is most likely the reason that this technique is applied on a limited scale as compared to sophisticated external beam techniques, including three-dimensional conformal and Intensity-Modulated Radiotherapy (IMRT).

Postoperative radiotherapy
The role of postoperative radiotherapy in operable gastric cancer has been evaluated in several studies. In the British Stomach Cancer group study, 436 stage II and III patients were randomly assigned to receive surgery only, surgery followed by radiotherapy or surgery plus chemotherapy. The five-year survival rates were not statistically different between the three arms: 20 per cent, 12 per cent and 19 per cent, respectively. In an EORTC-initiated trial, 115 patients were randomised after surgery in four arms: radiotherapy only; radiotherapy with short term concurrent 5-FU chemotherapy; radiotherapy with long term 5-FU and combined short- and long-term chemotherapy. Again, no differences in survival were observed. In summary, radiotherapy as single modality in the postoperative setting may have a modest favourable impact on locoregional control, but does not result in a survival benefit.

Preoperative radiotherapy
There are several reasons why preoperative irradiation—with or without chemotherapy—may be advantageous over postoperative radio (chemo-) therapy. First of all, the dimensions of the radiation fields can be reduced because of more accurate target definition. Also, downstaging / -sizing facilitates surgery, increases the chance of radicality and provides an early indication of treatment sensitivity. Finally, in general, fewer patients are lost to protracted postoperative recovery. A Russian trial which randomised 152 patients between surgery alone or radiation one week before surgery showed a non-significant difference in five-year overall survival of 30 per cent and 39 per cent, respectively. A large Chinese prospective randomised trial of 370 patients compared surgery only and surgery with preoperative radiotherapy. Five year overall survival was 19.8 per cent with surgery only and 30.1 per cent with preoperative radiotherapy (p<0.01). Resectability (79.4 vs. 89.5 per cent) and radical resection rates (61.8 vs. 80.1 per cent) were also superior after preoperative radiotherapy. Finally, a meta-analysis of studies comparing surgery with surgery preceded by radiotherapy, demonstrated a statistically significant improvement of three and five-year survival without an increase in postoperative complications, while compliance of the radiotherapy part was 100 per cent. Although these studies indicate an advantage of this neo-adjuvant strategy, most of the current approaches focus on postoperative radiochemotherapy and perioperative chemotherapy (see below).

Based on these studies, the SWOG/Intergroup 0116 randomised 556 patients between surgery only and surgery plus postoperative radiochemotherapy. The adjuvant regimen consisted of 5-FU and leucovorin for five days, followed by 45 Gy of radiation over five weeks, combined with 5-FU and leucovorin on the first four and the last three days of radiotherapy. Two five-day cycles of 5-FU/leucovorin were given after completion of the radiochemotherapy part. Despite significant (mainly hematological and gastrointestinal acute) toxicity observed in the combination arm, median overall survival was significantly better after radiochemotherapy: 27 vs. 36 months (p=0.005). In addition, relapse-free survival was prolonged from 19 months in the postoperative observation arm to 30 months in the radiochemotherapy arm (p<0.001). Although consensus guidelines in the US now consider postoperative radiochemotherapy as standard treatment, many have criticised this study, emphasising the suboptimal quality of surgery. Indeed, 54 per cent of all patients underwent a D0 instead of the prescribed D2 lymph node dissection.

Another important comment on the SWOG/Intergroup 0116 study is the fact that no data on late complications were provided. We have shown that radiochemotherapy for gastric cancer is associated with a progressive decline in renal function when using common 2D or 3D radiation techniques. Radiotherapy dose planning studies, however, demonstrated that modern, Intensity Modulated RadioTherapy (IMRT) techniques are able to spare the kidneys and other critical organs. A final comment relates to the limited and therefore suboptimal
interaction between radiation and chemotherapy as applied in the SWOG/Intergroup 0116 study.

Current approaches, including our own, focus on optimising postoperative radiochemotherapy using other cytostatic agents and more intensified schedules.

Preoperative chemoradiotherapy
Based on the beneficial effect of preoperative radiochemotherapy as demonstrated in an increasing number of solid tumours, this approach has been evaluated in gastric cancer as well. High rates of radical resections and complete / partial pathological responses have been reported in several (small) series. In a cohort of 33 patients who completed a preoperative regimen consisting of 5-FU, leucovorin and cisplatin, followed by radiotherapy a 70 per cent R0 resection rate was achieved. Pathological complete and partial responses were found in 36 per cent and 29 per cent of operated patients, respectively. Comparable results were obtained in two other studies using a preoperative regimen consisting of two cycles of 5-FU, paclitaxel and cisplatin followed by radiotherapy with concurrent 5-FU and paclitaxel.

A Swiss study also demonstrated promising results with preoperative cisplatin and 5-FU based radiochemotherapy and hyperfractionated radiotherapy. In this study, five-year locoregional control and overall survival were 85 and 35 per cent, respectively. Finally, a Polish study in 40 patients demonstrated a R0 rate of 75 per cent, a pathological response rate of 38 per cent and two-year survival of 63 per cent after 5-FU based radiochemotherapy. Collectively, these results illustrate the attractive combination of the effectiveness of radiochemotherapy and the advantages of a neo-adjuvant approach. We therefore emphasise the importance to further evaluate this preoperative radiochemotherapy strategy in clinical phase III trials.

Perioperative chemotherapy
Although the role of chemotherapy as single modality falls somewhat beyond the scope of this paper, the most important findings are briefly discussed. Preoperative or neo-adjuvant chemotherapy could potentially downstage (advanced) gastric cancer and thereby improves resectability and survival. Indeed, pilot phase II studies using this approach showed promising results.

A randomised study by the Dutch Gastric Cancer Group, however, was unable to show a benefit from neo-adjuvant chemotherapy with a combination of 5-FU, adriamycin and methotrexate. Numerous studies have been carried out using chemotherapy in the postoperative setting. Several meta-analyses of these studies did not demonstrate a clinically relevant survival benefit for adjuvant chemotherapy. It should be noted, however, that most of these studies were underpowered and did not include members of the latest generation of cytostatic agents.

Recently, a Japanese phase III study was published that randomised 530 patients to surgery only and 529 to surgery with 1 year of adjuvant S-1, an oral fluoropyrimidine. All patients had stage II or III disease and underwent gastrectomy with D2 lymph-node dissection. After median follow-up of 2.9 years, overall survival was 80.1 per cent in the S-1 group versus 70.1 per cent surgery only group (p=0.002); relapse-free survival were 72.2 and 59.6 per cent (p<0.001) respectively.

This study demonstrates that, at least for Asian patients, prolonged S-1 chemotherapy after a D2 dissection improves outcome. In the United Kingdom, the Medical Research Council (MRC) randomised 503 patients with resectable gastric carcinoma between surgery only and surgery with 3 preoperative and 3 postoperative courses of epirubicin, cisplatin and 5-FU (MRC Adjuvant Gastric Infusional Chemotherapy (MAGIC) trial). After a median follow-up of four years, the group receiving perioperative chemotherapy had an improved five-year overall (36 vs. 23 per cent; p=0.009) and progression-free survival (p<0.001), despite the fact that only 42 per cent of patients in the chemotherapy group completed the entire treatment. A French phase III trial confirmed the improvement of disease free and overall survival with preoperative 5-FU/cisplatin chemotherapy (five-year overall survival 38 vs. 24 per cent; p=0.02).

Concluding remarks
The treatment of gastric cancer is rapidly changing. Optimal results will be obtained after radical surgery in combination with some form of pre- or postoperative therapy. Which (neo) adjuvant strategy should be given for this treatment-resistant tumour is the subject of various ongoing clinical studies, but requires careful patient selection, intensive nutritional support and the use of state-of-the-art radiotherapy and optimal cytostatic drugs or biological agents.

The Dutch Colorectal Cooperative Group is currently accruing patients in the CRITICS protocol (Chemoradiotherapy after Induction chemotherapy In Cancer of the Stomach; Clinicaltrials.gov NCT 00407186) a phase III trial that randomises patients after neo-adjuvant chemotherapy (ECC— epirubicin, cisplatin and capecitabine) and standardised surgery between postoperative chemotherapy (ECC) and 3D- or IMRT-based radiochemotherapy. 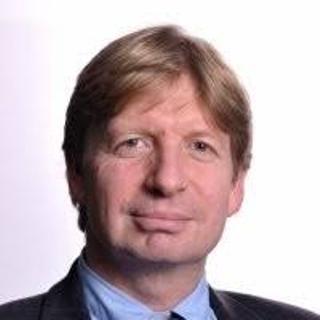 Marcel Verheij is a Professor in Translational Radiotherapy at the Free University in Amsterdam and chairman of the Department of Radiation Oncology at the Netherlands Cancer Institute-Antoni van Leeuwenhoek Hospital. Here he holds a clinical / research position and supervises several basic, translational and clinical research projects.