Rise of the robotic systems

The reason why MIS has so explosively spread all over the world is that there is a significant difference in postoperative quality of life of the patients with MIS vis-à-vis open surgery.

Since the widespread introduction of minimally invasive surgery (MIS) in the early 1990s, initially with laparoscopic cholecystectomy, extensive evidence has demonstrated its advantages over open surgery — faster recovery with less pain and fewer complications. The reason why MIS is so explosively popularized all over the world is that there is a significant difference in postoperative quality of life of the patients with MIS from that with open surgery. The patients who underwent MIS not only had less incision on the skin surface or less postoperative pain, but also could receive earlier recovery to normal life or normal activity after MIS than after conventional open surgery.

Although there are clear benefits, MIS also has some disadvantages for the surgeons. Long instruments placed through fixed entry points creating a fulcrum effect, with the surgical field viewed on a 2-D screen and with the camera under an assistant’s control, create an unnatural environment where the surgeon loses orientation, the eye-hand-target axis, and visual depth perception. All these obstacles reduce the surgeon’s normal dexterity and limit his ability to deal with difficult situation. Surgeons are now put into a tough condition since more strict and correct preoperative evaluation of the patients, less complication rate or less operation mistakes are mandatory. Because it is different from open surgery, once complications occurred it led to more invasive major operation, by following a life-threatening incident. This new phenomenon was due to MIS. It is mainly because of the technical difficulties in movement of instruments or limitation of surgical field through the endoscope, and no tactile sensation or force feedback sensation. The surgeon has to perform complex procedures such as intra-corporeal ligature or suturing in the limited condition. However, a systematic training system has not yet been established for MIS all over the world because MIS had developed so quickly since early 1990s.

This technology has been proposed to overcome some of the drawbacks of traditional MIS1. This technology includes master-slave telemanipulator systems. The goals of these surgical systems are to enhance manipulation capabilities and to increase the performance precision. Robotic surgery is what is called computer-aided surgery. It provides secure and precise procedure that the operator wants. The surgeon has control over the system’s functions by means of a computer interface that creates an intuitive environment when he is sitting at the console. The movement of the instruments is controlled by motion-scale function, elimination of tremor, remote master-slave manipulator system. The self fail system is supported by checking the total system about 1200 times every second, or by quick retrieval of the instrument from the body and it allows us to shift to conventional surgery within 10 seconds. The operative field is provided by a high resolution 3-dimensional viewer. The camera has two eyes composed of 3 CCD tips. However, the present commercially available surgical robotic systems do not provide tactile sensation or force feedback, nor give you anything more than what the human eyes can see and recognize through the camera. The image-guided surgical robotic system is the complete system with navigation and simulation capabilities. It is expected to be the breakthrough to overcome these technical difficulties.

Robotic systems still have great difficulty identifying objects on the basis of visual appearance or feel and they handle objects clumsily, so they are far from ready to perform complex tasks such as surgery on the soft tissues autonomously. We have recently developed a software system to overlay or superimpose the pre-operative or intra-operative images on the real-time intra-operative endoscopic view. It is really helpful for the operator to recognize the vascular structure or the tumor location by seeing the superimposed images on the endosocpic monitor. When CT or MRI is taken before surgery a few specific points are marked on the skin surface as reference points. The pre-operative and intra-operative reference points as well as endoscopy with marks are registered in a 3D space with an optical sensor. All these points are matched on the images in a personal computer. Finally the pre-operative images are superimposed on the real time endoscopic image. The advantage of the superimposition is that it might compensate for the lack of haptics by giving the surgeons more accurate manipulative skills with a highly reliable image.

The merits of image-guided system are also to prevent the intra-operative complications or surgical mistakes and to navigate the surgeons to an errorless, safer and more precise operation, resulting in higher quality of medical care to the patients. Image-acquisition systems can introduce compatibility issues, especially when using MRI. Although MRI yields excellent soft-tissue images, its high magnetic fields may generate forces, produce substantial thermal damage and other undesirable effects. However, MRI may be ideal modality to target the lesion precisely. Our group has recently developed an MRI-compatible image-guided surgical robotic system. Through information processing, master-slave robotic systems can filter our physiologic tremor and allow finer movement by motion scaling. The real time information of the patient’s surgical anatomy and function is now available during surgery.

The medical information can be used to improve surgical planning, intra-operative decision-making, and real-time control of surgical instruments. The current study could visualise lymph nodes around the GI-tract as well as nervous system on the open MRI. This shows that for lymph node removal in GI surgery and for preservation of the function of the organ.

The goal of surgery will be to change the function rather than the structure of the organ or disease . In this concept, termed biosurgery by Randall Wolf, MD, the purpose will be to change the biological processes of the body through direct modification of cellular, molecular, metabolic, and perhaps even genetic processes. Almost all robots are preprogrammed by people and will only perform programmed tasks. In the future, it could be possible that controllers with artificial intelligence will allow robots to think on their own or even program themselves, thereby making them more self-reliant and independent. Finally, the robotic systems, coupled with sophisticated decision-support systems, will be able to monitor surgeon performance in real time, and act as a mentor to suggest alternative or alert the surgeon when there is a deviation from normal behaviour. 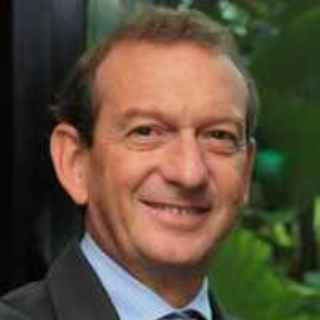