The surgical technique for CAVSD should be designed to have anatomic advantages and to be more consistent with the principle of haemodynamic, so as to reduce the postoperative complications and improve prognosis. The V-shaped double-layer patch technique procedures proved to reduce the reoperation rate. Moreover, it is simple and takes no more operating time than other techniques.

We noticed some something interesting: (1) severe AV regurgitation and LV outflow tract stenosis were less common in partial atrioventricular septal defect (PAVSD), and the long-term prognosis was much better than CAVSD. (2) Some CAVSD cases had no or only mild AV regurgitation before operation, and the common atrioventricular valve (AV) regurgitation may be characterised by progressive aggravation. (3) We consecutively observed 111 cases of fetal CAVSD echocardiography and found that 94 per cent had no or mild AV valve regurgitation (56 cases without and 48  cases with mild), and only 1 case (0.9 per cent) had severe AV valve regurgitation. Therefore, we consider that in spite of the congenital defects of the AV valve and subvalvular structure of CAVSD, most of them still have a certain haemodynamic structural rationality, and their insufficiency is the result of long-term volume overload. Therefore, it is critical to maintain the original shape and position of the AV and its subvalvular structures for CAVSD patients.

Both the classical single-patch and two-patch techniques change the shape and the position of the AV and subvalvular structures. Due to the higher pressure in the left heart than in the right, the patch separating the left and the right created a continuous tension to the right ventricle, and the AV sutured on the patch would transmit the tension to the LAVV, making the patch concave on the left side, which may lead to the possibility of dehiscence at that suture line and the LAVV regurgitation. 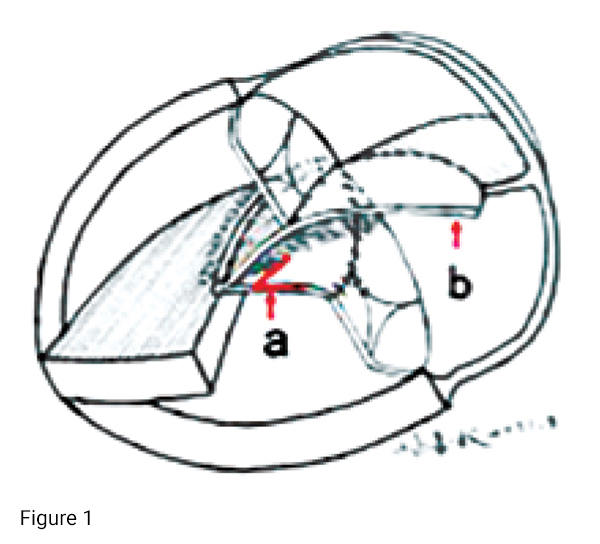 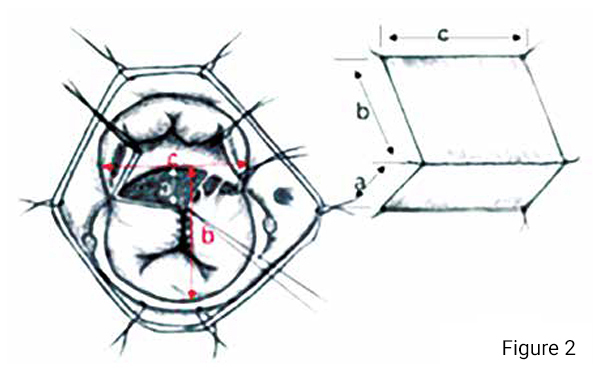 2. Observe the depth and the deepest position of the ventricular septal defect under the AV valve. Observe the edges of the left superior leaflet (LSL) and the left inferior leaflet (LIL) during saline injection. Suture interruptedly with the first needle for traction (Figure 2).

3. For Rastelli type-A and type–B CAVSD patients, the incision of the bridging leaflets is not necessary. Only for Rastelli type-C and very few type-B patients, the incision is required. The bridging leaflets across the interventricular septal crest was cut at the corresponding position to facilitate the placement of the patch (Figure 2). When the anterior bridge valve and the posterior bridge valve are incised, pay attention that the incision should be in the middle of the boundary between the left and right ventricular chordae tendineae to avoid damage to the subvalvular structure. (Figure 2) 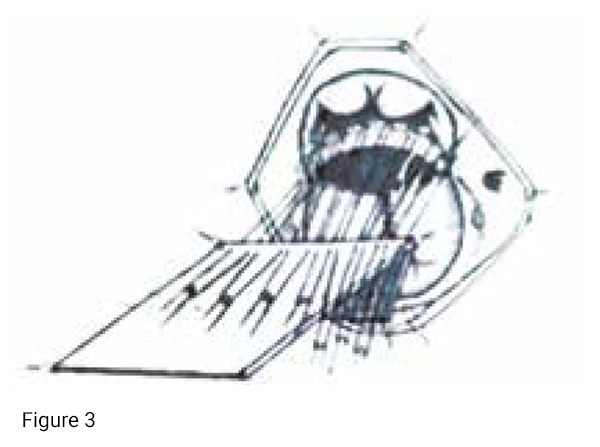 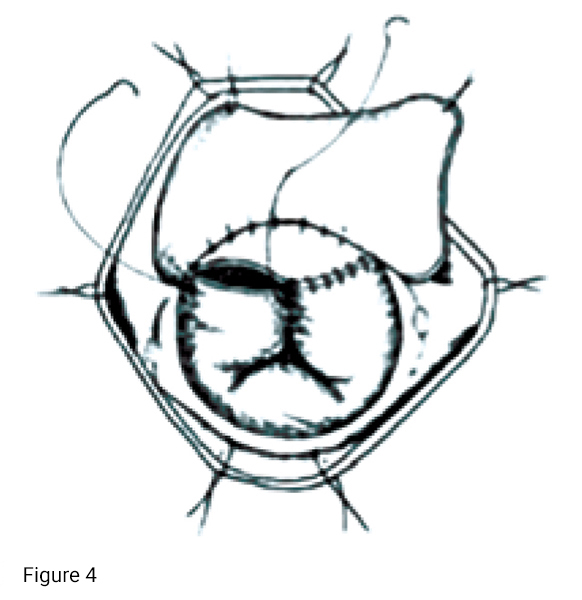 7. The right patch is also trimmed to an appropriate size and sutured continuously to close the right atrial and ventricular septal defect, separating the coronary sinus into the left atrium. If combined with persistent left superior vena cava, it is necessary to go away from the coronary sinus. The suture method and the method of avoiding the cardiac conduction bundle are the same as the two-piece method.

8. Saline solution is injected again to confirm the right AV valve competence after suturing the right superior and inferior leaflets to the appropriate location on the right pericardial patch (Figure 5). 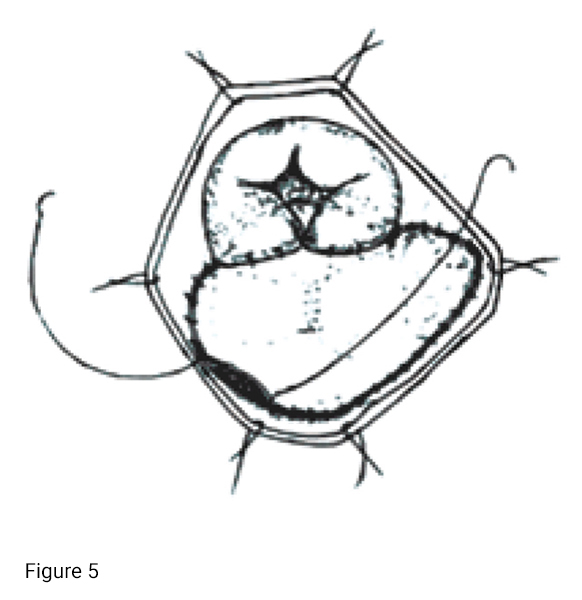 The V-shaped double-layer patch technique is less difficult, eliminating the trouble of accurate measure during the operation. There is no need for special training. The difficulty of the operation is similar to that of the PAVSD technique. The operation time is short, similar to the modified single-patch technique. The V-shaped double-layer patch method is a functional repair surgical technique. The left AV annulus and the right AV annulus are separated to avoid the mutual influence on each other. This technique has maintained the original position, shape and function of the AV valve and subvalvular structure which may reduce the need for reoperation. 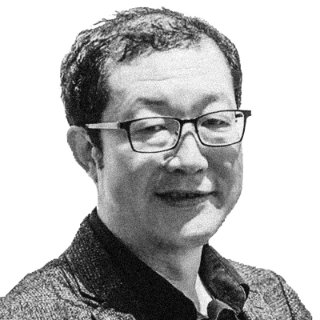 Shanquan Sun is the chief of the Cardiac Center of Guangdong Women and Children Hospital, China. He specializes in the surgical treatment of complex congenital heart disease, congenital vascular rings, and congenital tracheal stenosis