Increased vigilance for key patient safety issues will impact quality assurance in the future and help to reduce the incidence of iatrogenic morbidity and mortality after surgery.

Complications due to individual surgeons' errors and system failures are inherent in surgical practice and represent important preventable causes of morbidity and mortality. In spite of the increasing public attention to medical errors in general, a new level of transparency for consumers, and the current trend to process preventable adverse events systematically, surgical complications appear to represent a persistent taboo throughout different countries and institutions. One would assume that a patient scheduled for a surgical procedure would expect to be better off after the intervention than before. However, while physicians strive to achieve excellent results and favourable patient outcomes in daily practice, this noble task has failed more often than one expects.

A recent analysis of the American College of Surgeons' closed claims study revealed that most events leading to iatrogenic patient injuries involved a delay in diagnosis, a failure to diagnose. Thus, patient safety in surgery appears to be challenged more by the mistakes and failures that occur before and after surgical procedures than by the operative intervention itself. Interestingly, technical intra-operative errors resulting in surgical complications represent less than half of all events leading to a claim. Indeed, about 25 per cent of all medico-legal surgical claims related to errors leading to an adverse patient outcome are attributed to a perioperative breakdown in communication. Thus, the surgical patient appears to be more at risk of sustaining an adverse outcome from hidden system errors than from an individual surgeon's human failure. A detailed analysis of communication breakdown patterns revealed an equal distribution of occurrence during the pre-, intra-, and postoperative phases of surgery. More than 90 per cent of communication breakdowns appeared to occur verbally. Of these, information was either transmitted in an inaccurate fashion (about 40 per cent of cases) or it was never transmitted at all (about 50 per cent of cases). Similarly, the Malpractice Insurers Medical Error Prevention Study recently provided information related to trainee involvement in medical errors. Teamwork breakdowns in the form of (1) a lack of adequate supervision and (2) "handoff" problems were causative in 70 per cent of all errors leading to malpractice claims (Source: Archives of Internal Medicine 2007).

A written form of communication appears to protect from erroneous reporting, since written communication breakdowns occur in only about 4 per cent of all cases. An alarming aspect is the finding of 81 instances (14 per cent) of communication breakdowns which involved a miscount of instruments or sponges in the operating room (Journal of the American College of Surgeons 2007). According to the National Quality Forum (NQF) consensus report, the unintended retention of a sponge or other foreign body after surgery is defined as one of the five "serious adverse surgical events" (Table 1). These are informally termed "never-events", since they should never happen and they can never be defended successfully on a medico-legal basis.

An adequate approach for improving "communication safety" in the operating room should include the implementation of standardised "readbacks" of received information, and the unambiguous assignment and transfer of responsibilities. These strategies have long been implemented in other high-risk domains, such as nuclear reactor control rooms, submarine services and commercial aviation safety protocols. In clinical practice, clear-cut algorithms should define triggers which mandate the communication with an attending surgeon (Journal of Patient Safety & Quality 2007). Furthermore, standardised protocols for patient handoffs and transfers should be defined at the institutional level. Written orders and checklists should support inter-individual verbal communication, including the count of lap sponges and surgical instruments, in order to reduce the incidence of adverse events related to communication breakdowns in surgery. Currently, the development of specific communication skills is underemphasised in residency programmes and may contribute to the missing system factors, which beget poor results of patient care.

The concept of a surgical"time-out"

Any intervention involving a wrong site (wrong side / wrong level / wrong anatomic structure), a wrong procedure, or a wrong patient, represents an unacceptable surgical complication "never-events" (Table 1). A lesson learned from aviation safety is that a "culture of blame" approach for dealing with individual surgical errors is not helpful in improving patient safety or reducing the incidence of severe complications. On the contrary, wrong site surgery represents a "classical" system error rather than pure human failure by an individual surgeon. Ten years ago, this notion led to the implementation of a standardised surgical "time-out" in North America as an improved method of verifying patient identity, correct procedure and intended-site operations. Since then, the concept of a surgical time-out has been widely implemented in operating rooms throughout the US and represents a standard recommendation by the Joint Commission on Accreditation of Healthcare Organizations . A culture of zero tolerance for "never events" is a key to keeping patients safe. From a patient safety perspective, the fact that this surgical time-out paradigm has not yet been implemented as a standard of care in most parts of the world appears incomprehensible and ethically unacceptable.

Of note, the time-out concept can never be 100 per cent protective from wrong site interventions. Potential loopholes in this system include relegating the time-out to a robotic hackneyed type ritual or the continuing "dilution" of the time-out by expanding to secondary safety issues, such as antibiotic and venous thromboembolism prophylaxis, as implemented in the so-called "expanded surgical time-out" or "universal protocol". The (ab)use of the formal time-out as a quality control tool for secondary parameters may deflect from its original purpose of ensuring correct site, correct procedure and correct patient surgery. Another risk factor for wrong site surgery is represented by the situation of multiple simultaneous procedures performed during the same surgical session. This is exemplified by the case of a patient undergoing multiple surgical interventions for different injuries, thereby obscuring the focus of the time-out on a particular operation. In addition, some specific anatomic locations may represent "black boxes" during the time-out, and thus represent a particular risk for wrong site interventions. These include orthopedic procedures at the torso (spine, pelvis), dental surgeries, neurosurgical interventions, and intra-abdominal or intra-thoracic operations. For example, an orthopaedic surgeon may perform a sacroiliac screw fixation on the wrong side or fuse a wrong intervertebral segment of the spine.

An example of a wrong site complication in general surgery is the erroneous clipping of the common bile duct, instead of the cystic duct, during laparoscopic cholecystectomy. Furthermore, interventional radiology procedures pose a similar risk for wrong site surgery, e.g. by the erroneous coiling of a wrong artery. Finally, neurosurgical interventions on the wrong part of the brain are reported on a scarily frequent basis. Unlike symmetric external body parts, such as extremities, eyes and ears, these "hidden" surgical sites may not be easily identified, confirmed and marked prior to surgery. Thus, these particular circumstances may mandate an accurate intra-operative localisation under fluoroscopy, in conjunction with a careful evaluation of the surgical site by additional pre-operative diagnostics, such as CT, MR, angiography, or cholangiography.

Recently published studies indicate that wrong-site / wrong-procedure / wrong-patient surgeries surprisingly continue to occur in North America. For example, adverse event data from the state of Florida, US, reported 178 wrong site, 82 wrong procedure and 34 wrong patient cases for the years 2000-2003 (Archives of Surgery 2006). A detailed analysis of an extensive database at the Colorado Physician Insurance Company (COPIC) on 20,775 physician self-reported complications, we detected 99 cases of wrong-site surgery and 20 cases of wrong-patient procedure in the years 2002-2007 (Stahel et al., unpublished results).

The persistent occurrence of these "never-events" in the era of a surgical time-out may be explained by individual surgeons' non-compliance and by numerous pitfalls related to accurate surgical site determination, as outlined above. Also, the time-out should not absolve the individual surgeon from taking full responsibility in ensuring by all available means that the correct procedure is performed at the correct site on the correct patient. All institutions have to now consider adapting a formal time-out concept as a standardised quality assurance tool. Patients must be educated to inquire their surgeons whether a formal time-out procedure will occur in the elective surgical suite.

Reporting of medical errors in surgery

Systematic medical errors represent an essential "information problem". While the intellectual argument for reporting medical errors in surgery is compelling beyond a doubt, surgeons remain inherently reluctant to disclose surgical failures and complications in public. The main barriers for reporting surgical errors are based on the fear of medico-legal lawsuits, potential loss of professional prestige among peers, and the well-engrained tenet of non-admission of guilt and fallibility among surgeons ("blame and shame culture"). In this regard, the major ethical concern is that the suppression of data on surgical errors will deprive other surgeons of adequate scientific knowledge, which may help prevent identical errors in the future. In contrast to aviation safety, where the implementation of systematic error reduction policies has led to an irrefutable, impressive drop in fatal accident rates in the past decades, surgeons remain reluctant to recognise, analyse, and officially report their own errors. The "human factor" which may help explain the discrepancy between the situations in aviation versus surgery is based on the fact that a pilot is usually killed with a crashed plane, whereas a surgeon suffers no personal physical harm from a patient's complication.

Thorough reporting and peer-review of surgical errors creates a new dilemma for the surgeon in practice: an increased quality of reporting leads to an increased official number of complications and adverse events, thus affecting the individual surgeon's professional track record and the respective institution's ranking among peers. Until legislation provides legal protection for medical error disclosure and analysis, we continue to rely on the inadequate reporting of errors and complications in the peer-reviewed biomedical literature. A recently launched open-access online journal, Patient Safety in Surgery , was designed to complement traditional journals in surgery by filling this essential void, through providing a forum for discussion, review, and "root cause" analysis of failures in the management of surgical patients. This scientific forum should create a focal point for critical discussion of surgical errors and lower the threshold for reporting adverse events in all fields of surgery. As a result, the long-term goal of increasing safety and quality of care for patients undergoing surgical procedures will be effectuated.

In summary, surgeons who wish to decrease errors in their practice should consider implementing the following three-standard procedures:

Philip F Stahel is an Attending Surgeon, Department of Orthopaedic Surgery, Associate Professor, University of Colorado School of Medicine, Denver Health Medical Center. He has also involved in many research activities. He has been honoured Yearly Award for Experimental Surgery by The Swiss Surgical Society. 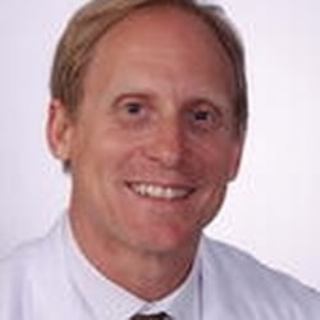 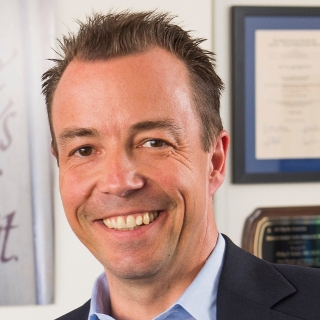 Philip F Stahel is an Attending Surgeon, Department of Orthopaedic Surgery, Associate Professor, University of Colorado School of Medicine, Denver Health Medical Center. He has also involved in many research activities. He has been honoured Yearly Award for Experimental Surgery by The Swiss Surgical Society.