Faced with an increasingly ageing society and rising healthcare costs, countries in Asia Pacific are expecting cost-effective medical devices to be developed by local companies.

While some parts of Asia are experiencing high population growth, other countries such as Japan and China are facing the problem of accelerated ageing population. For instance, Japan is estimated to have 22.0 per cent of its population above 65 years by 2012 as compared to 20.6 per cent in 2007 (Figure 2). With the current Asian lifestyle, the prevalence of chronic diseases such as diabetes, cancer, obesity and cardiovascular diseases has increased significantly. Other diseases that threaten the region include auto-immune diseases, infectious diseases and neurological disorders. Accelerated ageing population and increasing prevalence of chronic diseases are the key drivers that contribute towards the increase in total healthcare expenditure on medical devices in the region.

Transformation in the medical device industry

When it comes to medical devices, reliability and safety are very critical. This is an industry where quality and reliability of the devices cannot be compromised. Even a low device-failure is unacceptable to the patient and the healthcare providers. For example, a current leakage of as little as 10µA (10-6 A) on a pacemaker will cause a microshock to patient, which will eventually bring death to the patient in minutes. Therefore, reliability is critical for medical devices. Unreliable readings given by devices might lead to misdiagnosis, further leading to delay in treatments or false alarms.

To ensure zero-defect reliability of the medical devices, manufacturers use the Failure Mode and Effect Analysis (FMEA) tools. FMEA is used to evaluate the risks associated with the devices produced and to develop strategies to overcome them. Using flexible circuits instead of rigid circuits in medical devices is yet another option that could be employed by the manufacturers to increase the reliability of devices.

Technology advances have made it possible to use smaller and thinner integrated circuit boards. Self-monitoring devices such as blood glucose meter and wrist blood pressure monitor now come with more functions that are smaller in size due to availability of denser and thinner printed circuit boards. Miniaturisation of devices has made it possible to save space in the operating theatres or intensive care units that have limited space. 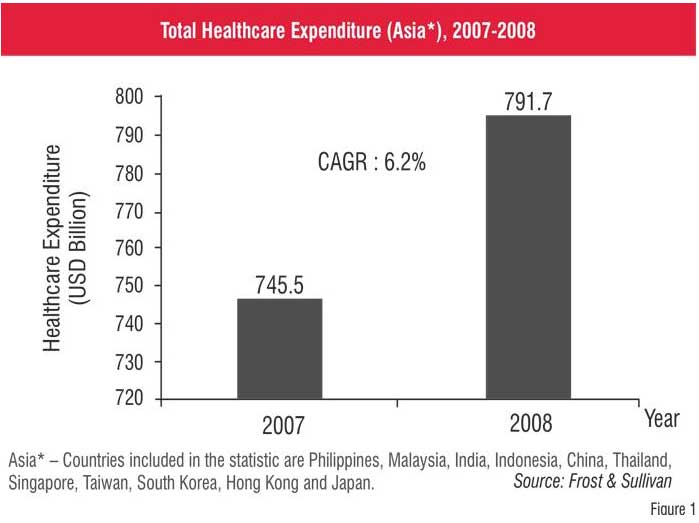 Power sources are critical for medical devices such as hearing aids and neurostimulators of a pain control therapy device. Batteries for these devices must be small, of right weight, easy to replace or recharged and have a reasonably long life span. For example, the rechargeable battery of a neurostimulator has 10 years of lifespan. Other batteries under development include biothermal battery that uses body heat to generate low current source of power, and nuclear microbatteries that use the decay of tritium and nickel-63 to generate power.

In order for medical devices to be more marketable in the increasingly competitive market, these devices need to have breakthrough technologies. Medical devices are increasingly coming up with enhanced features and performance such as connectivity through wireless solution or LAN. Devices such as cochlear implant can be programmed wirelessly, and ultrasound images can be transferred from a patient's bed to the nearest workstation through LAN or Wi-Fi.

Growth in economy amidst slowdown in US and Europe

Asia continues to experience economic growth amidst slowdown in the US and Europe.

Realising the importance of disease prevention, the Asian governments invested billions of dollars annually to improve their healthcare infrastructure. For instance, the Ninth Malaysia Plan (2006-2010) is to work 'towards achieving better health through consolidation of services' whereby emphasis has been placed on sustainability, upgrading and maintenance of existing facilities and equipment, and improving the quality of healthcare.

China announced its Healthy China 2020 plan in January this year, which aims to provide safe, effective, convenient and low-cost public health and basic medical care to both rural and urban citizens by 2020. Some key goals of the plan include making public medical institutions 'non-profit'; reducing the involvement of hospitals in the sale of drugs, increase the role and responsibility of government and establish basic medical care network for all Chinese citizens. These policies clearly showed the eagerness of the government to provide better healthcare infrastructure with better medical devices and facilities.

In recent years, the medical industry has experienced a paradigm shift from sickness care to healthcare. Higher priority is given to prevention rather than to cure. This phenomenon is also seen in Asia, where finding cures and fighting infectious diseases have become the priority. Asians are becoming more aware of their health, especially people in China, Hong Kong and Singapore, which were hit by SARS and Avian Influenza several years ago. Both the governments and people in Asia are now more receptive towards medical technology and encourage home-based monitoring.

With advanced technology and communication systems available in most of the countries in the Asia, people now have access to the information resources available and are more demanding in seeking healthcare options. On the other hand, direct-to-customer marketing strategies of some pharmaceuticals and medical device companies have indirectly educated Asians on the healthcare options available to them. Employers, in their effort to increase company's efficiency are becoming more aggressive in pushing for preventive care. This paradigm shift has increased the demand for medical devices in the healthcare industry. 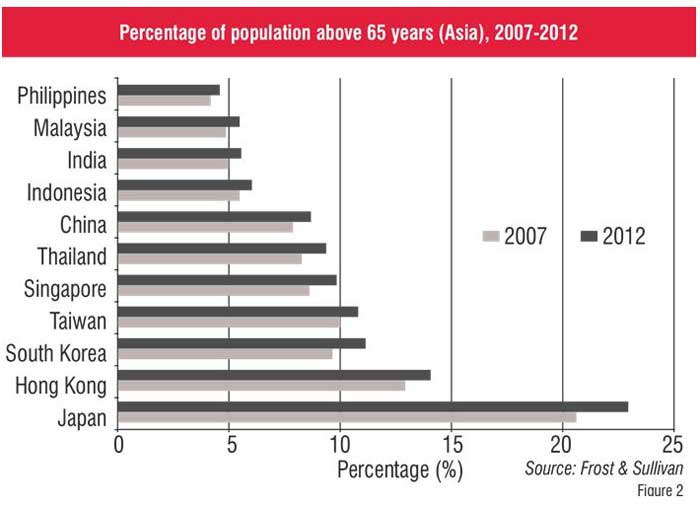 Most hospitals in the Asia rely heavily on government subsidy, and in most cases government purchases control the prices of medical devices. For instance, in Taiwan, huge pressure is put on National Health Insurance to reduce its account deficit, which leads to stricter medical examination. Unnecessary health screening such as MRI and blood screening are excluded from the insurance coverage, which leads to reduction in device purchase. Government restriction discourages the installation of medical devices that are considered by it as non-critical items. This causes initial barriers in introducing new medical technology into the region.

In addition to government control over the price, Asian countries have started to implement regulations following the increased concern of product safety when imported into these countries. Increased healthcare regulation has brought varying regulations in different countries. Most of the countries in the Asian region are now implementing and adopting different medical device standards. Some of these countries, such as China and Japan have taken a step further to develop their own regulations that suit their local requirement. These complicated regulation structures in these countries pose challenges to investors.

Distribution costs in Asia have increased in recent years due to continuing high oil prices and inflation. Labour charges too have increased over the years compared to a decade ago, with the increasing demand for labour. Although the overall cost is still lower than Europe and US, the effect of the increase is significant.

Geographic vastness of the Asian region poses challenges to distribution, logistic, communication and promotion activities of medical device companies. In most of the Asian countries such as Thailand, Vietnam and Indonesia, the well-equipped hospitals are in the urban areas and rural residents barely have an access to medical services. Lack of penetration to rural part of Asia is due to poor transportation systems in these countries. Healthcare infrastructures in these countries are not well developed and may take another two decades to reach such a level. Vast geography with poor transportation increases the delivery time and operation costs. These factors have hindered the growth of medical device market.

The full potential of Asian markets can be realised by establishing key partnerships and alliances with the local companies, keeping mind the market drivers and challenges posed by the region. The fastest way to penetrate these highly protected, untapped Asian markets is through effective joint ventures with the emerging medical device companies of Asia.

Companies should consolidate their distribution function throughout Asia in order to be more cost-effective and efficient in product delivery. In order to stay competitive in the local market, emphasis on Research & Development of medical devices should be combined with the manufacturing of medical devices.

Jennifer Lau joined Frost & Sullivan Asia Pacific Healthcare team as an Industry Analyst. She focusses on monitoring and analysing emerging trends, technologies and market behaviour in the Medical Devices, Medical Imaging and Healthcare Information Technology industry in Asia Pacific. Prior to this, Jennifer had 5 years of working experiences in Medical Devices Distribution environment in Malaysia and Brunei. She brings with her medical devices knowledge and experience of marketing strategies.