"In the future, IP will be all that matters — except when it doesn’t. Protection vide Intellectual Property Rights will always precede commercialisation, in that, spend will always precede gains. It may seem irrelevant if we mathematically equate intangibles with growth, but we need to remember that ‘big companies can do to startups what startups with IP can do to big companies.’ If a growth story is compelling enough to truly differentiate, then that story will continue to resonate. If it doesn’t, it won’t. But what, most definitely, doctors, medical practitioners, start-ups, academicians, and researchers need to remember how to pace IPR filings with various phases of a product / company."

With access to healthcare being a major challenge in countries like India, networks like BETiC at IIT Bombay, start-ups and enterprises have been combining engineering principles to medical science to create innovations and breakthroughs in medical technologies. The global medical devices market alone is estimated to be worth US$381bn, according to medical market research company Kalorama.

Intellectual property naturally has become an important topic in this context.

Medical devices have become a critical subset of healthcare. The relevant intellectual property needs to be protected by adopting suitable strategies, enabling commercialisation, and being competitive with minimal hindrance.

Research, in healthcare, has always been spearheaded, in no particular order, by: multi-national companies, universities, and doctors. And there has always been a thin line between ‘obtaining credit’ via publications and ‘gaining ownership’ via Intellectual Property Rights (IPR). While multinational companies have always known what to picket fence their research by way of IPR filing, universities and doctors have always pursued the other path (of credit over ownership). Doctors and academicians have always traversed a reckless path of publishing their research before filing for their IPR; perhaps because ‘publishing original research’ before ‘filing IPR’ results in an immediate loss of IPR due to loss of novelty (even if the publication is by the doctor / academician themselves). Moreover, such disclosure sans protection results in public dissemination of know-how with no possibility of licensing or exclusivity whatsoever. Essentially, what the gamut of Intellectual Property Rights (i.e. Patents, Trademarks, Copyrights, Designs) provide is exclusivity and wholesome ownership of the research. Publication can always follow formal IP filings. IP filings can never follow publications.

An article in Singapore’s ‘The Business Times’ this October highlights an important facet – how, in spite it being a tough year for the manufacturing sector, its sub-sector – medical technology – has had a standout performance. In 2018, the medtech sector contributed S$ 13.3 billion to Singapore’s economy, from just S$3.1 billion in 2008. The number of people it employs has also grown by more than 80 per cent over the same period to reach 14,806 in 2018. For these numbers to make sense, it is important to consider that ‘Singapore’s vision to make the biomedical industry a key pillar of its economy took shape about two decades ago, when the government began building up its human and industrial capabilities in biomedical research and life sciences.’ 50 regional headquarters from the world’s leading medtech firms are based in Singapore.

It wasn't always about patents

In the United States of America, in the year 1980, the Bayh-Dole Act permitted universities that received federal funding to elect to pursue ownership of an invention, rather than obligating inventors to assign inventions to the federal government. Before the Act, fewer than 5 per cent of US government’s patents were commercially licensed. This paved the way for commercialisation and, sure enough, following the passage of the act, the number of patents granted to universities increased exponentially. Since 1980 there has been a ten-fold increase in the number of universities actively engaging in patenting their research. Today, about thirty billion dollars of economic activity per year and 250,000 jobs can be attributed to technologies born in academic institutions. Also, over 2200 new companies have been formed since 1980 that were based on the licensing of an invention from an academic institution.

Additionally, the USA Small Business Innovation Research (SMIR) was deployed to help certain small businesses conduct Research and Development (R&D). In the words of program founder Roland Tibbetts: "to provide funding for some of the best early-stage innovation ideas-ideas that, however promising, are still too high risk for private investors, including venture capital firms." This allowed businesses to take risks.

As per a recent US Bureau of Labor Statistics (The Atlantic, 2018), healthcare and social assistance is now the largest employer with nearly 20 million employed, surpassing manufacturing and retain, and also growing the fastest. In particular, the number of non-doctor workers is rapidly increasing.

The Indian healthcare spending is currently estimated at US$40 billion per year. Of this, over 50 per cent is spent by hospitals (numbering over 15,000), and 30 per cent for pharmaceuticals. Medical devices represent nearly 20 per cent of the total healthcare spending. The Indian medical device market is valued at US$7 billion (Rs.50,000 crores) per year, and growing at over 15 per cent CAGR. Nearly 80 per cent of this market is fulfilled by imports from Western MNCs. Given that the per capita expenditure on healthcare in India is less than 1 per cent of that in USA, most of the imported devices are unaffordable to the local population. Further, imported devices are designed considering the anatomy and range of motions of people in the West, thereby making them often unsuitable for Indian patients and doctors.

To expand healthcare delivery and reduce the cost burden, the Government is facilitating research, development, startup incubation and manufacturing of medical devices, as well as strengthening the regulatory framework. The research projects are mainly funded by DST, DBT, MEITY and MHRD. Most of the IITs have prioritised healthcare research and innovation. Prominent med-tech and bio-tech incubators include C-CAMP Bangalore, IKP Hyderabad, KIIT Bhubaneshwar, SINE IIT Bombay and Venture Centre, Pune.

Many entrepreneurs in the above and other business incubators have been supported through equity-free grants from DST, DBT and BIRAC. The Biotechnology Ignition Grant (BIG) provides up to Rs.50 lakh award per project for transition from ideation to POC, creation of startup company and field validation. In the last ten years, about 450 bio-tech and med-tech innovators received the BIG award, out of which about 60 products or technologies have been commercialised so far.

The regulatory framework has been strengthened, through Medical Device Rules, 2017, separating the certification and licensing of medical devices from drugs. The devices are classified based on risk to life, and the corresponding regulatory processes are defined.

At present, there are only a few hundred manufacturers of medical devices in India. Most of them are engaged in manufacturing low technology products (like surgical textiles, blood bags and syringes). Some of them are switching to trading, unable to compete with cheaper imports from China and South-East countries.

Supported by the Science & Technology Council of Maharashtra Government, a Biomedical Engineering & Technology incubation Centre was established in 2014 at IIT Bombay to bring doctors and researchers together for medical device innovation. Two satellite centers were set up at COE Pune and VNIT Nagpur, followed by BETiC cells in four other engineering colleges and seven medical institutes, making it the largest such network in the country.

BETiC has evolved an innovation path ‘bedside-bench-business-bedside’, traversing the ‘valleys of death’ between ideation, invention, innovation and impaction. There are four major stages: defining an unmet clinical need, developing a novel solution, delivering a tested device, and deploying it in clinical practice. The process received ISO 13485 (Quality Management System for Medical Devices) certification in 2018.

Protection of IPR is a key step; BETiC innovators file a provisional patent as soon as the detailed concept is ready, and full specifications within an year, by which time the product prototypes and lab tests are underway. Clinicians contributing to the design are named in the patent and share the revenue generated from licensing.

In the last five years, BETiC team gathered over 400 unmet clinical needs from different hospitals, developed proof-of-concepts of 200 different medical devices in close collaboration with over 50 expert doctors, and filed more than 50 patents. Of these, 25 products have been developed, including screening & diagnostic devices; surgical instruments; implants, prostheses and assistive devices. Team members incubated 15 start-up companies and licensed 5 products to industry.

IP strategy- in a nutshell

In the future, IP will be all that matters — except when it doesn’t. If a growth story is compelling enough to truly differentiate, then that story will continue to resonate. If it doesn’t, it won’t. But what, most definitely, doctors, medical practitioners, start-ups, academicians, and researchers need to remember how to pace IPR filings with various phases of a product / company. 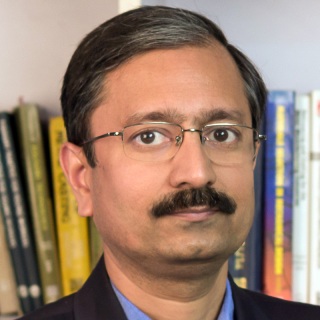 Ravi is an innovator, educationist and mentor who wears many hats. At IIT Bombay, he is the Institute Chair Professor of Mechanical Engineering. He is the founder of BETiC- Biomedical Engineering & Technology incubation Centre- an ecosystem that has developed 50 low cost medical devices, incubated 15 startup companies and licensed 5 products to industry. He is also professor-in-Charge of Desai Sethi Centre for Entrepreneurship at IIT Bombay that nurtures entrepreneurship among the students. His unique mastery is to steer inter-disciplinary multiinstitute translational research projects leading to advanced yet affordable products, startup companies and social impact. 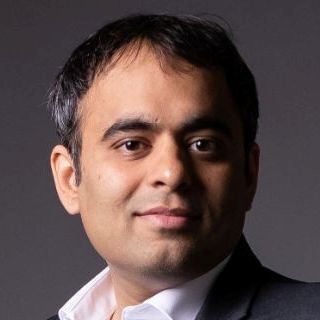