An essential element of healthcare success

No surgeon would ever enter the operating room without a refined understanding of the relevant anatomy and physiology. Yet, one of the most compelling reasons for the chronically high failure rates of change initiatives is a limited appreciation for the fact that the focus and skills necessary to operate an organisation are very different than the focus and skills needed to change an organisation. This article spotlights the change resister: those saboteurs who are harmful to the health of next innovation.

Imagine the healthcare leadership that says, “We want to be the best; but we don’t want to change anything.” Sadly, this is a sentiment echoed far too often throughout the healthcare delivery organis 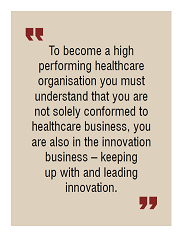 ations. Of course, sometimes it takes a different tone, such as the hospital manager that proclaimed, “We all know that things need to change around here… and those guys better get started.” And then there is the health system CFO who began his quarterly financial report to the board of directors by observing  that the system “is not very good at being agile.” He then proceeded to deliver the worst financials in thirteen quarters.

This comes at a time when it has become abundantly clear throughout the world that healthcare is in need of significant change. Healthcare reform legislation and reform initiatives are everywhere, with ‘reform’, simply being the political term for ’change’.  What is equally clear is that more often than not, change initiatives fail and with it, the promises of faster, cheaper, better, safer healthcare are not realised - benefits are denied.

Hundreds of innovative post-mortems reveal multiple critical failure factors. However, one factor is prominent in determining why most innovations are more likely to disappoint than delight. At the root of the problem is the glaring reality that for many, all change is bad, even when it is good. For these resisters, they would rather fight than change. Change resisters are the most common thieves of successful change initiatives. Alternatively, a prevailing signature of Higher Performing Healthcare Organisations (HPHOs) is they work very hard to both identify and overcome resistance to change. While working with organisations wishing to transition to HPHOs, I encourage them to constantly ask questions such as:

My final question and perhaps the most important is, “Have you heard of Ignaz Semmelweis?” If the answer is no, (as it almost always is) it is where we begin.

Ignaz Semmelweis was a Hungarian obstetrician who attempted to introduce the new evidence-based practice of hand washing into medical care in the mid-1800s. It is worth noting he practiced teaching and research at Vienna General Hospital. The mortality rate on his ward was one per 10 people. It is estimated that in Vienna alone, during the time 2,000 women died each year from ‘childbed’ or Puerperal fever. More than half the women who contracted the  isease died within days. Patients begged to be moved out of Semmelweis’ section and onto a second section of the maternity ward where the mortality rate was one in 50. Why did such a profound variance exist? One obvious difference between the sections was that Semmelweis’ was attended by physicians, while the other section was staffed by midwives. As an academic medical centre, doctors divided their time between research on cadavers in the morning and treating patients in the afternoon. Midwives would not perform autopsies. Semmelweis concluded that ‘particles’ from cadavers and other diseased patients were being transmitted to patients through the hands of the physicians. His innovation – he instituted a policy requiring physicians to wash their hands thoroughly with chlorine lime solution before examining any patient. This innovation yielded a precipitous drop in the death rate in his section from one in 10 to one in 100!

And how was the good doctor rewarded? He was dismissed from his post at the clinic and turned down for a teaching appointment. Despite demonstrating similar results in another hospital and publishing a book documenting the evidence, he and his work were routinely ridiculed and rejected by the medical community. In 1885, he suffered a nervous breakdown and was taken to a mental hospital. There he died after being beaten by the mental asylum personnel. It took another 14 years for his discovery to be accepted when Louis Pasteur showed the presence of Streptococcus in the blood of women with child fever.

This vignette reminds us of how perceptive Voltaire was when he said “it is dangerous to be right in matters on which the established authorities are wrong”. Along with Dr. Semmelweis, countless women paid the ultimate price or this clinical resistance to change. The Semmelweis Reflex is a reflex-like rejection of innovations which often contradict existing beliefs, norms, or paradigms. Consider this: If nineteenth-century physicians found it so challenging to accept something as linear as the benefits of hand washing, we can begin to understand the challenge of introducing far more complex and impactful innovations. Our very human resistance to change is nothing new. Twenty-five hundred years ago, The Buddha spoke of three types of suffering – including the ‘suffering of change.’ His insights included that everyone suffers, even when a change is perceived as something positive (i.e. birth of a child). It would be a mistake to underestimate the challenge of change, and to think that changing organisational systems and structures alone will change the people with them. Biologically, we are hard-wired to resist change as we strive to maintain a relatively stable state of equilibrium. If homeostasis is successful, life continues; if unsuccessful, disaster or death occurs. 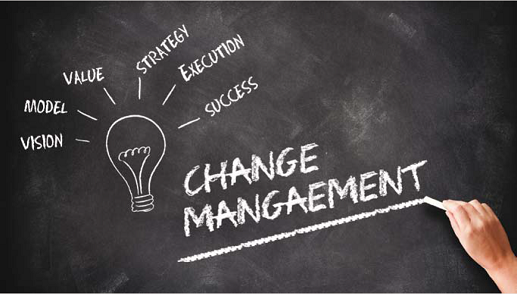 Ironically, in the 21st century little has changed. Hand washing, along with influenza vaccinations for healthcare personnel, medical error risk mitigation strategies, rapid adoption of the EMR, the use of checklists, and many other practices that have both face validity and are evidence-based, continue to suffer from sub-optimal compliance and persistency rates. A century and a half after Semmelweis revealed the ROI (Return on Innovation), including patient lives saved, our protagonist met a level of resistance that would ultimately lead to his demise and the death of an untold number of women. The Semmelweis case reminds us that being right is rarely a catalyst that stimulates innovation and certainly is not worth sustaining. This comes as a little surprise to many of us. After all, people are people; carbon and water. Most experienced healthcare leaders believe that, if one wants to make enemies, all it takes is changing some practices!

In my work on launching, leading, and realising value from change initiatives, I consistently observe that leaders have a remarkable capacity to overestimate their power to change others and underestimate their need to change themselves. Why is change hard? In part because the human mind often treats new ideas the same way the body treats a strange protein — it rejects it and often tries to destroy it. One can think of this as a status-quo-trap, in which maintaining the current situation involves the least psychological risk.

I have consistently found that the drivers of organisational commitment to implement change are based on three discrete motives: 1) because we want to (value the change); 2) because we have to (little choice); 3) because we ought to (feel obliged). Change efficiency often comes down to answering the question, “Given our current state, do we have the resources (people and processes) to implement the change effectively?” Inevitably, at some point in the conversation someone will utter those 10 uncomfortable, if not politically incorrect words: “to change the people… you need to change the people.” The implications are that people can’t really change and hence need to be replaced. But what people are we really talking about? It depends on how you read the statement. I have found that an organisational-specific understanding of what is meant by these 10 words is critical to successfully initiating any innovation. After all, with change initiatives people need to be your greatest asset, yet often are your greatest liability.

As with a Rorschach test, where people stand on the intent of this statement depends on where they sit; and most bunker down into one of two silos:

1. Staff change – this argument goes that innovation requires discretionary effort and in the absence of an engaged workforce change won’t happen – so we need to replace those that are actively disengaged. For they will be saboteurs, and actively resist the change.

2. Regime change – this argument that we have attempted to change things in the past and they have failed – often miserably. It is clear our leadership is unprepared to lead the next change. It is clear that the processes and skills necessary to run an organisation are quite different from those needed to change an organisation. Only with a change in leadership, the organizations will stand a chance of success.

To become a high performing healthcare organisation you must understand that you are not solely conformed to healthcare business, you are also in the innovation business – keeping up with and leading innovation. Such a mandate requires we consider four verbs – inspire, implement, spread and sustain. As a current or future healthcare leader, you must understand that success will not be possible unless you leverage resistance management strategies en route to converting that large body of change resisters into change insisters. Regretfully, resistance management training is perhaps the single biggest deficit in the training of healthcare leaders. It should also be understood that any insights gained about healthcare management will equally apply to clinical interaction where a positive health outcome is co-produced by the clinician and the patient, and where the four action verbs necessary for success are – inspire, implement, spread, and sustain.

Note: This article is based in part on material covered in a two-day executive education Master Class led by Professor Shore entitled, ‘Strategies for Leading Successful Change Initiatives.’ The seminar is offered through the Harvard University Extension School. 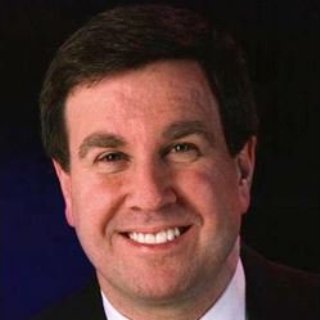 David A Shore is a leading authority on innovation and managing change to gain competitive advantage. He is the former associate dean of the Harvard T.H. Chan School of Public Health. He is a faculty at Harvard University and adjunct professor of organisational development and change at the University of Monterrey Business School, Mexico. His most recent book is ‘Launching and Leading Successful Change Initiatives in Healthcare Organisations’.