Every time Hemodialysis is Performed, Air Bubbles are Injected into the Patient

At the start of haemodialysis, we often find air bubbles remaining in the blood circuit. Nevertheless, these air bubbles flow into the patient's body soon after haemodialysis is started. This is a common occurrence, and even though the medical staff would like to eliminate all air bubbles, they cannot solve the problem through effort alone. You might think that such a thing would only be bad for dialysis patients. That is true. The bad news is that some reports have indicated that air bubbles in the blood circuit are broken up into smaller bubbles by turbulence in the vascular access after the start of the haemodialysis. Some of these broken bubbles become air emboli in the lungs resulting in ischemic damage and pulmonary hypertension. To make matters worse, some air bubbles pass through the pulmonary vascular bed and migrate into the systemic circulation. In more serious cases, when there is the presence of an intracardiac shunt, most frequently caused by a patent foramen ovale, this may allow air bubbles to enter the body’s circulation directly. A patent foramen ovale is present in more than 20 per cent of haemodialysis patients. The most shocking and important study to date was published by Forsberg and colleagues in 2019.The findings of autopsy on five patients who passed away during or shortly after haemodialysis. In all five autopsy cases had evidence of air embolism before their death in several organs, including the brain. It is no surprise that haemodialysis has been reported to be associated with air emboli in the brain. It is well known that the number of microbubbles rises at the start of dialysis and subsequently falls over the course of the therapy. These reports suggest that all visible air bubbles should be removed before haemodialysis. The problem arises due to the fact that the air-filled needle must be connected to a  blood circuit filled with fluid. In order for the medical staff to remove the air from the needle and needle connecting tube, they have to resort to operating the dialysis machine to blow the dialysate out of the needle tip. Another method is to puncture a vessel with a needle first and wait for the blood to flow back, but blood is precious and cannot be flooded in large quantities. Fewer air bubbles remain in the circuit when blowing out dialysate in comparison to wasting a small amount of blood. 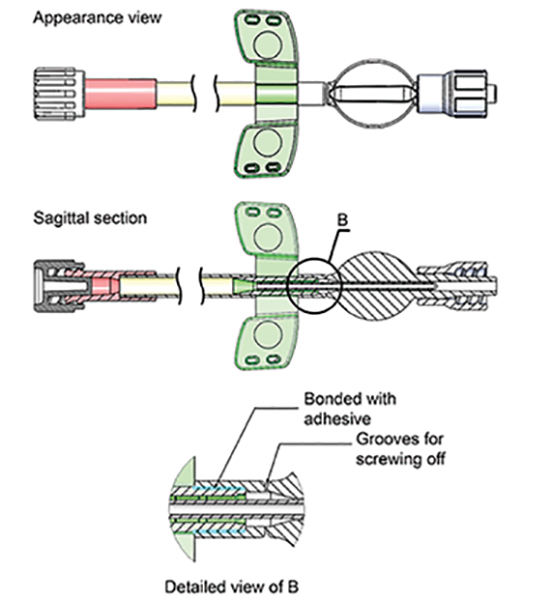 The idea of auto priming using a set of two connected needles with a whole blood circuit has been proposed for some time. However, this method has the fatal problem of not being able to select the appropriate needle for each puncture site freely. For this reason, it is not commercially available. To solve this problem, we developed a separated capped needle with a watertight structure to connect to the blood circuit. The photo shows a needle with a novel cap and a standard connector to close the blood circuit. With this method, the optimal needle for each puncture site can be selected, or only one of the needles can be used. These new capped needles can be connected to a blood circuit, and the auto priming process would be able to eliminate the air not only in the circuit but also in the needle.

Due to the fact that automated priming process applies intense negative pressure to the dialysate, the cap and needle needed to be glued together. The cap's base was given a groove so that it could be readily removed with a small twist. The cap was open on one end, and a screw was equipped to firmly fasten it to the extracorporeal circuit(Figure 1).The two capped needles can then be connected by an ordinary connector to form a closed circuit. Automatic priming of the haemodialysis machine eliminates air from the needle and the circuit all together. The cap is removed with a slight twist and is ready for puncture. We investigated in the field whether this new capped needle could reduce air bubbles compared to conventional methods. 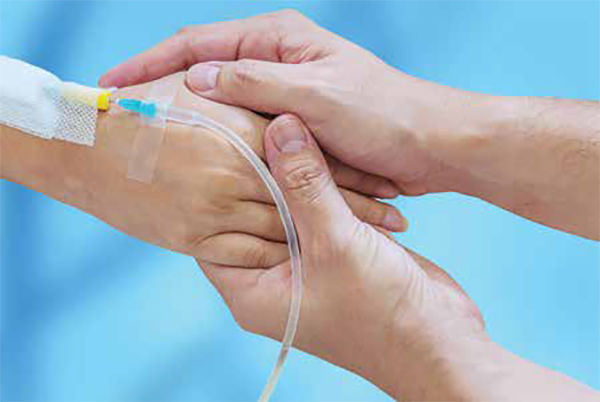 In addition to the conventional and novel-capped needle method, the experiments using a microparticle counter were also performed: we expected that a tiny number of bubbles would remain in the circuit after the capped needle method. Due to this, a microparticle counter had to be used to measure the size and number of the bubbles. Twenty-five automatic primings were carried out using the brand-new capped needle technique. We then collected 3 mL of dialysate samples to determine the number and size of the residual bubbles. Measurements were made in this experiment using the RION particle counter KL-04A. (RION Co.,Ltd.).

We obtained the following results from the Conventional Method. In 29 out of 50 cases, we detected bubbles. We counted the leftover bubbles and discovered that they were all contained in the connecting tube of the needle, not in the dialysis circuit. The circuit had a 3.5 mm diameter. The minimum volume of the bubbles reaching the tube wall was determined to be 22.43 L, taking into account that huge bubbles would at least reach this diameter. Since the tiny bubbles were different sizes, it was impossible to quantify their volumes properly. In 50 tests, the average air volume was 11.67 ±17.28 L. The real volume of the bubbles was likely several times more than this value because the majority of the huge bubbles were elongated rather than spherical. 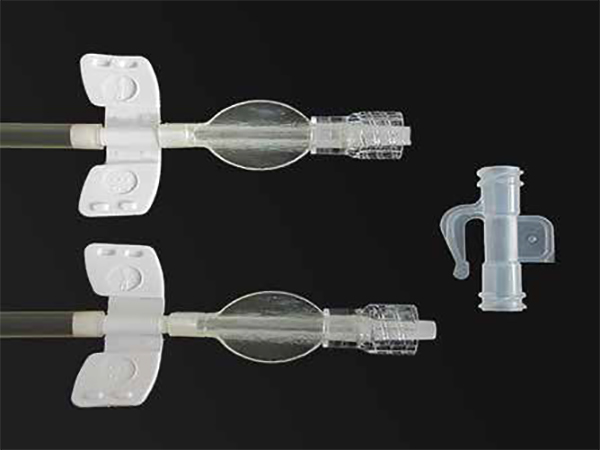 The following results were obtained from the Novel Capped-Needle Method. For this procedure, ten consecutive automated priming trials were carried out using the novel capped needle. Careful exploration of every inch of the
circuit revealed no visible bubbles on the venous or arterial side of the circuit in any of the cases. Furthermore, we also obtained results from additional experiments using a microparticle Counter. The capped-needle method using a particulate counter was evaluated in 25 consecutive automated priming sessions. The dialysate collected from the extracorporeal circulatory tract contained a total of 361 particles. Using the capped-needle method, the average amount of air still present in the extracorporeal circuit was 0.0999± 0.2438 nL. This clearly indicates that considerably more air bubbles are remained by the conventional method than by the capped needle method. The capped needle also reduced the number of bubbles to 1/100,000.

Dialysis staffs must repeatedly put on air-filled needles and then operate the dialysis machine to flush dialysate from the circuit and needle to remove air. Their efforts are as futile as Sisyphus' effort to roll a heavy stone up a hill. Moreover, the workload is enormous because two needles are attached to each circuit. Furthermore, this method decreases the amount of air entering the patient’s blood circulation by 100,000 times. [1]

In conclusion, the new capped needles reduce air bubbles from entering into the patient’s blood circulation. First, and most importantly, there is a high possibility that this can positively affect the prognosis of the haemodialysis patient. In addition, it may also reduce the workload of dialysis staff who are already overworked. Further information is provided in my paper. 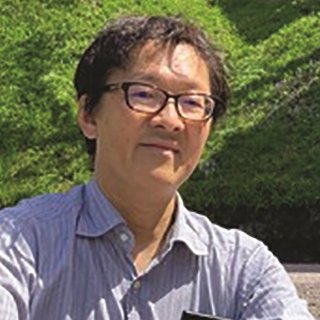 Kazuhiko Shibata is a researcher at Artisan Lab Co., Ltd. and Yokohama City University school of medicine. His major inventions are a new hemostatic agent using cationic cellulose launched last year with Nipro Corporation, which rducetha average of hemostatic time to an average of 3 minutes in haemodialysis patients at puncture site. And a slimming substance derived from euglena with the National Institute of Advanced Industrial Science and Technology (AIST) which could prevent obesity and diabetes mellitus.