For improving the efficiency of treatments and avoiding costs by minimising the risks of false diagnosis, it is important to integrate Artificial Intelligence tools in everyday medical applications. This facilitates more targeted pre-operative planning and reduces the risk of intra-operative complications.

Initially, Artificial Intelligence (AI) buzzword was introduced as a concept to mimic human brain and investigate the real-world concerns with a holistic human approach. Scientists and researchers all over the world are very excited about advancements in innovation that have arisen from an innate desire to create newer and better technologies that facilitate mankind to extend beyond their own physical calibre. The promise of AI concept has always been on the horizon from realistic science to the imagination in movies and literature. AI largely enables the capacity to store and process huge amounts of data in an intelligent manner, and more specifically translate that information into functional tools. Since its inception, AI has been deployed for highly selective defence or space exploration applications wherein its success in solving problems for specific areas just like risk prediction is involved. Now, gradual transition of its utility in healthcare is being widely experienced through AI-based systems that allow for better diagnosis, cure and treatment of debilitating conditions.

Scope of AI in medicine

AI is a study realised to emulate human intelligence into computer technology that could assist both doctors and patients in the following manner:

Thus, increased integration of intelligent AI tools in everyday medical applications could improve the efficiency of treatments and avoid costs by minimising the risks of false diagnosis, facilitate more targeted pre-operative planning, and reduce the risk of intra-operative complications.

The recent usage of AI in performing sophisticated tasks and computations has gradually led it to be introduced as a key component of MRI and computed tomography systems. The added advantage of these systems is in the ability to effectively acquire information, and sync with established decision support databases. Further, AI has begun transforming the field of surgical robotics wherein it has enabled the advent of robots that perform semi-automated surgical tasks with increasing efficiency. One of the ultimate challenges faced in robotics could be mimicking of human intelligence and body motion. In spite of such a critical challenge, robotics has attained considerable progress and is now applied across a wide array of applications ranging from the defence industry to the diagnostics. Basically, robots are not built smartly, but are integrated with certain software components to make them intelligent. Recent advances in the field of AI such as neural networking, natural language processing, image recognition, and speech recognition / synthesis research, have spurred our creativity and the future of robotics looks very bright indeed.

It is worth mentioning here that the biggest hurdle towards adoption of medical robotic surgical systems is the high initial capital equipment costs involved. Many of these systems often require new infrastructure to be constructed and the staffing of high bill rate specialists who are well-trained in these techniques emerges to be a key hindrance in its widespread adoption. A basic AI computer used today in clinical practice could be visualised to be applied for automation of routine tasks and for other functions listed below:

Another key application of AI systems is in the process of scientific research through applying expert systems and decision support systems. Such systems are programmed to learn, i.e. to aggregate & retain vast amounts of patterned data for specific purposes. Today, DSS technology has been successfully employed in the medical device industry that encompasses cardiac monitoring and automated ECG, medical imaging, clinical laboratory analysis, respiratory monitoring, electroencephalography, and anaesthesia.

With the effective implementation of neural network technology in analysis of blood, medical image interpretation, and other complex tasks, a need to evaluate these technologies in order to determine their real potential to develop into future standards has emerged. The medical expertise that these AI systems use must be subjected to thorough research and all issues must be clearly identified and well documented at the beginning itself. This generates the demand for detailed interviews with experts in this field apart from considering secondary sources of information. Collating in this manner the information gathered from domain experts will certainly help to better understand the digital machine and key logical patterns that emerge from its data interpretation. The operational understanding of the field under study, as required by the AI computer will arrive from iterative know-how & transfer from human to machine protocols.

Some of the key influencing factors like maturity attained by the AI systems, user acceptance, and glitches in communications along with technical infrastructure stand as huge barriers to the commercialisation opportunities that currently exist for AI. However, given the thought that ongoing innovations in this domain are poised to move from academia and theory into reality, all of which prove or exist as a definite sign of growing momentum in this field. Most advanced decision support systems are guiding medical faculty to interpret complex results and devise future plans accordingly. The promising growth rates demonstrated by companies in this field are sure to drag attention to their developed technologies and increase investments in these companies, which will in turn drive the future of healthcare. Rising adoption of AI in medical devices indicates that its way forward is certain and AI could definitely be a major feature of the future landscape of healthcare. 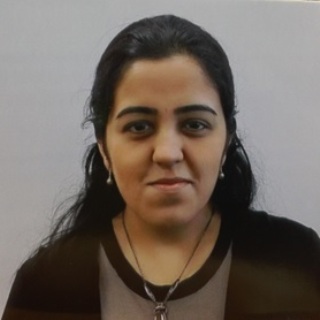 Prasanna Vadhana Kannan is a Research Analyst with the Frost & Sullivan. She focuses on tracking and analysing global emerging trends and technologies pertaining to the healthcare industry.