The project POCEMON uses telemedicine to enable point-of-care monitoring of diseases such as multiple sclerosis and rheumatoid arthritis.

Telemedicine can be defined as “any transmission of medical information by means of telecommunication technology”. Numerous well-known teleconsultation applications in medicine are based on the transmission of imaging data, for example, from computed tomography (‘store and forward’) or also on live video streams such as from endoscopic interventions1-3. A solution for point-of-care-monitoring and diagnostics of autoimmune diseases is the usage of a lab-on-chip device that communicates with a laboratory infor-mation server. This concept is subject of a recently started large-scale integrating project founded by the European Commission, known by the acronym ‘POCEMON’ (Point of Care Monitoring).

The main objective of this project is the development of a LOC (lab-on-chip) platform for the entering of the Human Leukocyte Antigen ( HLA) complex where information on autoimmune diseases like multiple sclerosis and rheumatoid arthritis is coded. However, the range of potential applications of this project’s technology is not at all limited to multiple sclerosis and rheumatoid arthritis. At present, diagnostic tests concerning the majority of autoimmune disorders are mainly carried out in large-scale laboratories and the patient only gets the results a few days later. The development of computer-based miniaturised laboratories would permit any level of healthcare—and especially primary—to diagnose genetic abnormalities, diseases or the patient’s general state of health within a matter of minutes.

Overview of the technical concept

LOC systems based on Polymerase Chain Reaction (PCR) modules and cantilever ar-ray detectors will be integrated with Personal Digital Assistants (PDA) and diagnostic software for the realisation of an automated and portable diagnostic system. The investi-gation of correlations between HLA Single Nucleotide Polymorphisms (SNPs) and autoimmune diseases based on HLA-typing is the prerequisite for the realisation of this idea in a distributed architecture for point-of-care applications.

The concept comprises the combination and integration of high-end information and communication technologies based on microfluidics, microelectronics and microarrays as well as intelligent diagnostic algorithms.

From the technical point-of-view the development of a LOC that is capable of reli-ably detecting a sufficient number of SNPs is the fundamental prerequisite for the whole concept: SNPs can be observed in the human genome frequently (in about one of 1000 nucleotides) and, consequently, biosensors for SNP detection have been gaining in signifi-cance over the last years4. As an example, for Multiple Sclerosis (MS) a number of 49 SNPs has been found to show an association with the disease in a study published by Hafler D et al. 20075.

The chip, a Micro-Electromechatronic System (MEMS), incorporates two main functionalities: the first part is a microfluidic module. It is constituted by the microfluidic channels for sample injection, reaction chamber for PCR amplification and the detector chamber, as well as the integrated microheaters and thermometers for the control of temperature in different parts of the chip. An external LOC reader is required in order to feed the micro-fluidic module with sample, reagents, power supply and control signals for the manage-ment of the fluidic components and microheaters. The second part of the LOC chip is the detector module, based on an array of microcantilevers functionalised with the DNA probes relevant for the detection of MS and RA. A number of cantilevers suitable for the detection of the relevant SNPs can be integrated on a single chip, also allowing replica-tions of each probe on multiple cantilevers, in order to provide the statistical significance of results. This work is mainly focussed on the description of the detector module, which is the core of the system. When high sensitivity is required, a proper technology is required in order to reduce the beam thickness to sub-micron scale6. As fabrication and release of such thin structures is critical, we tested the technological feasibility of this approach along with a procedure suitable for the functionalisation of high-density cantilever arrays with DNA probes.

The key benefits of LOCs as compared with conventional PCR analysis are their port-ability, automation, the reduction of required sample and reagent volume, leading to a reduction of costs and time. In combination with the described telemedicine set-up and the laboratory information server infrastructure, this technology provides the perspective to advance primary healthcare across Europe by supporting point-of-care diagnostics and monitoring of immune system status for the management of chronic autoimmune dis-eases such as MS and RA. The combination of Lab-on-Chip technologies with genomic microarrays of HLA-typing and the integration with intelligent software systems may pro-vide a state-of-the-art diagnosis at primary care level for a large number of autoimmune disorders, so the field of possible future applications is not at all limited to MS and RA. The principle that is being investigated and prepared for clinical routine can be adapted to other pathologies and bring progress for their early detection. 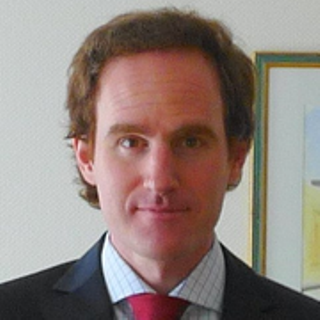 Kurt Alexander Schicho is Professor of Biomedical Engineering at the Medical University of Vienna. His areas of research include Telemedicine, Computer Assisted Surgery. He is a regular speaker at international conferences. He is the scientific consultant at the European Community Research Projekt “POCEMON” (Point-of-Care-Monitoring”). A Lecturer at several private universities of applied sciences, his hobbies include music, sailing.