A step towards personalised radiation medicine

The introduction of functional data into the radiotherapy treatment planning is currently the focus of commercial, technical, scientific and clinical development. The integrated Positron Emission Tomography / Computer Tomography (PET / CT) offers a lot of advantages in terms of tumour delineation and the description of biological processes. To define the real impact of the PET / CT on the radiotherapy planning, experimental and clinical analyses are required.

In radiation oncology, progress has been made not only because of a combination with systemically active antineoplastic agents, but also because of technical improvements and the integration of modern imaging. The objective of the radiotherapy is to improve the dose distribution tailored to the borders of the target volume, and to reduce the dose to normal tissues because the efforts to improve the dose escalation are valuable and may improve the treatment outcomes. This means that the precise definition of the tumour volume and the involved lymph node (i.e. in lung cancer) is essential. Conventional imaging modality for treatment planning is Computer Tomography (CT), but it is not always possible to define the exact limits between the tumour and the normal tissue (i.e. oesophageal tumour and oesophageal tissue). Accumulating evidence showed advantages of the Positron Emission Tomography (PET) over CT for detection of the primary tumour, involved lymph nodes and distant metastasis. This is of enormous importance because if no distant metastases are found, local tumour control remains crucial for successful therapy achieved either by radiation therapy or by surgery. Disadvantages of PET include the poor correlation to precise anatomic structures and the physiologic accumulation in normal tissues. The answer to these problems was the PET / CT scanner. There are a number of ways in which PET / CT images can be used for the treatment planning: PET and CT from separate scanners registered in software, PET / CT images registered to a planning CT scan or an integrated planning PET / CT scan. The use of a PET / CT planning scan has the advantage of reducing uncertainties in the patient’s positioning, but the value of this scanner still has to be evaluated. Though, a small number of centres may have this integrated machine, in practice, the separate PET / CT and treatment planning CT will remain more common for the majority of patients for whom this imaging is an option.

A lot of studies have shown that PET / CT imaging in the treatment planning results in significant changes by the definition of the gross tumour volume (GTV) and the Planning Target Volume (PTV). For example, Wong et al. showed 97 per cent accuracy in the tumour definition for PET / CT versus 69 per cent for CT and 40 per cent for MRI1. Most of the changes occur frequently in patients with head and neck cancer and Non-Small-Lung Cancer (NSCLC). There are studies for the NSCLC, which show that a PET in a combination with chest CT increases the accuracy of mediastinal lymph node staging to around 92-95 per cent compared to 68-85 per cent for CT alone. Another important aspect is that GTV delineation in the NSCLC, and also in other malignancies is subject to major inter-observer variations and this adds considerable uncertainty to the target volume definition. The problem is that there is no Standardised Uptake Value (SUV) for quantitative determination of the tumour for all patients. Upstaging (occurs in 10-25 per cent of the patients), for example, means a larger GTV with potentially undeliverable radical radiotherapy because of excessive radiation dose to normal lung (pneumonitis, atelectasis). Downstaging (in 15-35 per cent of the patients) means a smaller GTV, excluding suspicious but PET negative lymph nodes, allows a dose escalation with an improvement of the tumour control and survival2. Ashamalla et al. demonstrated that in the lung there is a GTV variability decrease from a mean volume difference of 28.3 cm³ in the CT-based planning to 9.12 cm³ in PET / CT-based planning. PTV also decreases from 69.8 cm³ (in CT) to 23.9 cm³ (in PET / CT)3. Another problem of the treatment planning of the NSCLC with the integrated scanner is the tumour motion. By the use of non-integrated PET / CT scanner, the patient’s position and the breathing protocol used for diagnostic scans often differ form those used in CT simulation and radiotherapy treatment. A new study from Grgic et al. shows that, if there is no planning for PET / CT, significantly better fusion of CT and PET images can be reached if the patient is in the same position (the planning position) for both examinations. Additionally, quality can be improved by using a special breathing protocol—images should be taken in a mid-breath hold4.

The PET / CT also has advantages in the treatment planning of head and neck cancer. Because of the close proximity to several critical structures in this region, accurate details of tumour and normal tissue is important. As in the case of NSCLC, in the case of head and neck cancer there are a lot of studies, which investigate the difference between the GTV in the CT and the same volume in the PET / CT. A study from Paulino et al. could show a decrease of the GTV from 37.2 cm³ (in CT) to 20.3 cm³ (in PET / CT)8. Another important question is, whether there is a correlation between higher SUV on the PET with the clinical outcome. This is still controversial. Braun et al.5 reported a study consisting 47 patients with head and neck cancer, who undertook a PET / CT planning scan. Above-median metabolic rate was associated with remission in 62 per cent of the cases versus 96 per cent in the cases with below-median metabolic rate. Two other studies could not show the same outcomes. Schwartz et al.6 and Vernon et al.7 showed that maximum SUV on staging PET / CT is not predictive of a treatment failure, comparing maximum SUV or primary tumour, nodes or the higher of the two. If there is a correlation between higher SUV and poor outcome, the dose for these areas can be escalated and to improve the local control. However, study is required to confirm these findings.

New investigations show advantages in the PET / CT in the differentiation between tumour progression and a post-treatment effect particularly in patient with glioblastoma. This could be useful in predicting the patient’s outcome if treated with a combined therapy (chemo and radio therapy). This imaging may allow selecting patients who may benefit from additional radiation boost14.

In summary, we suggest that the use of a PET / CT scanner in the daily routine treatment planning is beneficial for many anatomic regions. Data gathered from this imaging modality can lead to invaluable knowledge on the true extent of the primary lesion and metastatic spread and can lead to changes in radiation treatment planning that may alter clinical outcomes either by improving local tumour control or reducing toxicity. To date, PET / CT images have been applied in the routine radiotherapy planning in many radiotherapy departments for non-small-cell lung cancer, oesophagus, anorectal carcinoma and head and neck cancer. This fact shows that the use of PET in treatment planning has recently gained huge acceptance in the radiation oncology community. However, there is still not enough published data about the use of PET / CT for the rest of the malignancies. Therefore, future clinical studies based on the integrated PET / CT or on PET / CT / MRI image fusion, which compare the outcome of biologically directed treatment regimes, need to be conducted for each individual tumour entity before biological treatment volume definition can generally be recommended. 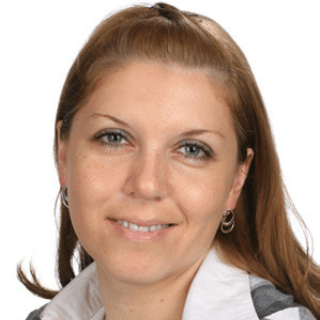 Anna Simeonova is a Physician in the Radiation Oncology, Department of University Medical Center Mannheim, University Heidelberg. She is working in the department since September 2007. Her research focuses on radiotherapy treatment of lung carcinoma.