This article identifies one of the major challenges in managing growth and modernisation of radiology facilities, that of appropriate design and construction. Particularly with the wide variety of contracting options, without specific facility design standards for radiology, imaging projects can force lifelong costs and operational inefficiencies.

We have designed hundreds, if not thousands, of imaging suites. For each one, we seek to identify the unique technical, operational, and clinical demands that each facility will need to support.There are similarities among many of them, but no two are identical. We absolutely shun cookie cutter rigidity in design, but that doesn’t mean that we don’t operate on a set of standards. In fact, a quality outcome is virtually impossible without them.

Let us take something ubiquitous, a football pitch, and imagine how it would be designed to suit the desires of different people. 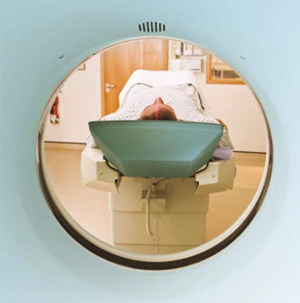 In short, if you let one party control the outcome based on their personal interests, you are likely to get a pitch that does not look much like any other pitch you may have seen.

Let us switch back to radiology. We are seeing tremendous variability in the ways in which radiology facilities are being procured: tenders for separate design services, tenders for combined design-build services, and comprehensive turn-key services including imaging equipment, site construction, and design services. While each contracting option comes with its own benefits, they also come with their own set of biases. If providers want consistent results in their physical facilities that reflect their unique priorities—and not monuments constructed to a particular vendor’s bias—then there needs to be a metric against which to measure the end product.

It is a lot less expensive to build an MRI suite that does not have staff support areas, or patient waiting, or inpatient holding, or dressing booths, or I.V. prep, or induction / recovery areas. But an MRI facility without these features will be horribly inefficient to operate. And if the scanner is being placed in a women’s hospital, but there is no room for a biopsy system and the clinicians to operate it, then room layout decisions will have perpetual negative impacts on the clinical care that the hospital can provide.

Without a defined set of common standards that identify, communicate, and verify the hospital’s design and construction expectations, competitive tenders can quickly turn into a ‘race to the bottom’. If there is no minimum standard for support spaces such as dressing booths or staff areas, then these will likely become casualties to the low-bid pressures.

Yes, in many cases designers, builders, and turn-key vendors ask the appropriate questions about what spaces and support services should be included. But when getting tenders from multiple vendors, no two vendors will independently include the same items. Many times, what is the best solution for the hospital is not the lowest cost for the competitively-bidding vendor.

We recently reviewed designs for a radiology suite which had an inpatient holding area that could also double as an anesthesia induction / recovery area. However, the design did not provide any means for the technologists to observe patients in the holding area.

When it was suggested that an observation window be installed, the design and construction team declined because there was not a standard that required observation of the holding area by the technologists. The design team indicated that they would be penalised for a change that added cost to the construction project.

Instead they indicated that they would inform the hospital that a nurse would need to be stationed in the holding area. A small one-time cost for a window (which would have been attributed to the design and construction team) was not presented to the hospital which, instead, had to assume the much higher recurring cost of an additional nurse.

Another example is radiology changing rooms: a simple low cost space that can have a major impact on the operation of an imaging facility. Everyone can agree that a changing room is necessary, but the issue of how many, what size and where to locate the changing rooms can vary greatly from facility to facility. The facility ought to clearly identify its needs, based on patient demographics and cultural needs.

It appears as though sometimes facilities issue tenders, specifying only quantities of the imaging equipment, to multiple vendors as if the tender responders have magic telepathic powers to determine the specific needs of the facility. This typically turns out to be less than ideal for all parties involved. The majority of equipment vendors want to provide what the client has explicitly asked for; but without specific direction beyond the quantities in the tender, it becomes a guessing game as to what else should be included. In an effort to keep their price as competitive as possible they only include the bare minimum, which frequently results into diminished functionality for the facility.

To prevent instances of individual bias from interfering with a hospital’s goals and mission, the facility or healthcare system should have radiology design standards which define the minimum acceptable criteria. This is not ‘standards for the sake of standards’, but rather to define a benchmark against which radiology facility solutions can be measured. By capturing and recording institutional knowledge alongside best practices, every subsequent project can benefit from prior lessons learned in the establishment of minimum acceptable standards.

At this point, having advocated strongly for radiology design standards, it bears repeating that these design standards should not be “standard designs” – cookie cutter prototypes replicated robotically in different locations or in different clinical settings. Yes, some critical areas or functions are well served by prescriptive standards (e.g. ‘the MRI scanner room will be at least 5.5 meters wide and 7.4 meters long and should be located on an exterior wall.’), but the quantity and composition of spaces should be determined by the particular circumstances. Let us take this back to our football analogy.

In competitive football, the goal is of a uniform size, 7.32 m by 2.44 m, everywhere. This makes sense as teams travel to different venues, the basic parameters of putting the ball past the keeper remains consistent. But the overall length and width of the pitch are permitted to vary by tens of meters, allowing for a sanctioned field even in locations with variable siting conditions.

This is how radiology facility design standards should be structured: defining, explicitly, the most critical elements of the game (modality scanner rooms, control areas, equipment rooms), while allowing a range of acceptable options for other required elements, such as patient waiting, dressing booths, etc.

There are existing radiology design codes and space planning criteria, which may be helpful starting points, but an existing standard may not be appropriate to a hospital’s use.

Moreover, given how quickly both radiology technology and clinical practice are evolving, the useful shelf-life of a published standard on imaging facility planning is only a few years. Some existing standards are still struggling to remove references to chemical darkrooms for modalities that are, today, universally digital. If the publication date is more than three years old, treat it with an extra level of skepticism for imaging design guidance. In many ways, an outdated standard is worse than no standard at all!

Another caution about borrowing other design standards is their lack of economic or cultural relevance. In countries where most imaging procedures are paid for by private insurance, it had been that the more technologically advanced scans (particularly CT and MRI) were very generously paid, leading to a generation of inefficient facility design precedence. Similarly, social issues such as privacy and gender separation, are more appropriately addressed regionally, than from borrowed international standards.

Radiology facility design standards can be as modest or as boundless as a hospital wishes them to be. They can focus on a single modality, for a single facility, as their forecasted needs indicate, or can promote regional or national standards that address siting criteria for each type of imaging equipment.

At a minimum, a radiology facility design standard for a hospital or health system should help define current needs and anticipate the changes that near-future changes will bring. It should help define what equipment is needed, and in what numbers, to meet patient care goals. For each imaging modality, the standards should help define space needs based on clinical needs, including support and preparation spaces.

The development of a set of radiology facility design standards can be a substantial undertaking and should be seen as an investment in the future. One needs to look no further than the cost of imaging and therapy equipment to recognise that the maximisation of that capital investment deserves a well thought through radiology plan. 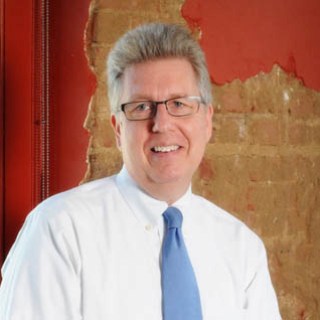 Robert Junk is a recognised leader in radiology and imaging suite design. Rob has been involved in healthcare design and medical imaging for over 25 years. His firm, RADIOLOGY-Planning has developed standardised design guidelines for radiology and imaging services setting the standard for care within the industry, winning an AIA Best Practice citation. 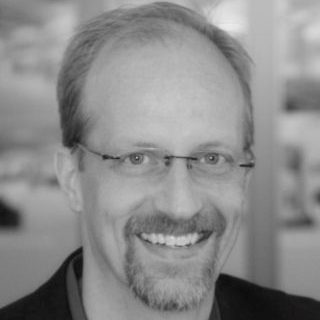 Tobias Gilk has been practising architecture for more than 15 years with a dedicated focus on radiology and imaging facilities. He has written imaging design standards and guidance for the Facilities Guidelines Institute, several US Federal Government agencies, the American College of Radiology and the American Society of Healthcare Engineers.