Are we there yet?

Telemedicine has traditionally been more popular with countries of huge geographical distances where access to medical care for patients living in remote areas is scarce. However, telemedicine has also proven itself to be viable in a land-scarce place such as Singapore.

Telemedicine, which involves the use of telecommunications technology to deliver healthcare services to patients and providers at a distance, is recognised by the World Health Organization (WHO) as a cost effective and practical method for healthcare delivery. In Telemedicine, there are two categories of technologies, real-time and store-and-forward.

In real-time telemedicine, patient’s medical data/information is transmitted as it is being acquired (e.g. video conferencing with attachment of medical equipment). This allows an expert opinion to be sought instantly.

In store-and-forward telemedicine, patient’s medical data/information are acquired and stored locally before being forwarded to an expert doctor at other centre at a later time. This is usually implemented for non-emergency use or in situations where the doctor’s presence is not required at the time of data transfer.

Telemedicine has traditionally been more popular with countries of huge geographical distances where access to medical care for patients living in remote areas are scarce, however, telemedicine has also proven itself to be viable in a land-scarce place such as Singapore.

The National Healthcare Group (NHG), a major public healthcare provider in Singapore started a teleradiology project in early 2006 where X-rays are sent digitally to radiologists in India for reporting. The results were definitely cheaper and the service was surely faster in comparison to what the local resources can provide, in return, the local hospitals are contemplating on tendering for similar X-ray reading contracts proposed by hospitals in the US and Canada.

Telesurgery, surgical procedures carried out at a distance enabled by advances in robotic and computer technology is another sub-discipline of telemedicine that may soon be available at healthcare facilities in Singapore.

The da Vinci Surgical System, a robotic surgery system from Intuitive Surgical is a descendant of the 1980s US Department of Defence project that was initiated to create a robot that would allow surgeons to operate on critically wounded soldiers from a safe distance is already widely available in various public and private hospitals for minimally invasive procedures.

Surgeons using the system perform the operation through a console located a few feet away from the patient where he/she is provided with an immerse view of the actual operating field in real-time three-dimension. The surgeon’s hand movements at the console instrument are seamlessly translated into corresponding micro-movements of instruments positioned inside the patient with high precision and accuracy.

Patients operated through the da Vinci Surgical System usually experience less pain and bleeding as also faster recovery as the surgery is less intrusive compared to open surgery. The overall surgical performance is enhanced as the surgeon is positioned comfortably throughout the operation to reduce fatigue and tremor in the hands.

Apart from robotic surgery, the Minimally Invasive Surgery Center of both the Gleneagles Hospital and the National University Hospital (NUH) also holds ‘live’ surgery video conferencing with overseas healthcare facilities for teaching purposes and to promote exchanges in the medical communications among different countries.

Traditionally, transmission of medical images and live-video conferencing over the Internet has been plagued with costly software, equipment, and bandwidth only to produce low-quality images, audio, and video. To overcome these problems, NUH utilises the Digital Video Transfer System technology (DVTS) to broadcast live surgery using high-speed bandwidth of at least 30 Mbps per line to ensure high-quality digital video.

Taking it further, the Singapore National Eye Centre (SNEC) hosted a live vitreoretinal surgery transmission from Japan in February. The doctors under training wore special 3D/three-dimesional viewing glasses, which enables them to see exactly what the operating surgeon sees through the microscope in true 3-dimension as opposed to the conventional 2-dimensional transmission. The improved visualisation greatly enhances the doctor’s surgical training as they can now pick up knowledge and techniques obtainable only through a surgeon’s view through the microscope.

Telesurgery is not limited to robotic surgery or providing training sessions over the Internet. In September 2001, the European Institute of Telesurgery in Strasbourg conducted a telesurgical operation where doctors in the US performed a successful gall bladder removal from a patient in France by remotely operating a surgical robot arm. Such a procedure indicates that it is now possible for a surgeon to perform an operation on a patient anywhere in the world.

While Singapore enjoys a reputation of being technologically advanced, it is not the only country in Asia that is adopting technology advancements in its quest to provide quality patient care with affordable prices. Telemedicine has also found its presence in countries like India, Malaysia and Thailand.

With its abundant supply of IT talent and huge geographical surface, it is not surprising that Telemedicine has already been widely adopted throughout India. The Apollo Hospitals Group (the single largest Telemedicine solution provider in India), is credited with being the first to set up a Rural Telemedicine Centre in India.

Although the implementation of Telemedicine in India has been pioneered by private hospitals, things look to change as the Department of Information Technology (of the Ministry of Communications & Information Technology) had taken up the initiative for defining the “Standards for Telemedicine Systems” together with various other organisations related to health and technology.

In 1996, the Malaysia government embarked upon the Multimedia Super Corridor (MSC) initiative - a large-scale infrastructure and services project. Part of this initiative includes the implementation of Telemedicine to enhance the quality of healthcare in both urban and rural areas.

To facilitate the implementation and utilisation of telemedicine, the Malaysia government implemented legal framework with new cyberlaws such as Telemedicine Act 1997 and Digital Signature Act 1997. Selayang Hospital, a government hospital in the state of Selangor became the first paperless and filmless electronic hospital in Malaysia in August 1999 and the latest hospital to share the same/improved capabilities is the Pandan Hospital in the state of Johor.

Similar to India, the adoption of technology in Thailand hospitals has so far been driven by the private hospitals. Private hospitals located in Bangkok (the capital city) like Bumrungrad Hospital and Bangkok Hospital Group (network of 15 private hospitals) are famous for their utilisation of technology to improve healthcare. The good news for public hospitals is that Thailand’s Ministry of Public Health has plans in the pipeline to develop electronic health information systems that will link the public healthcare facilities across the country to improve patient care and increase efficient use of resources.

Effective deployment of telemedicine can translate ultimately into patient benefits as medical and technological resources can be utilised to enhance patient care, while reducing the cost. With telesurgery, the need for patients to travel physically to another healthcare facility can be reduced since teams of top surgeons from around the world could be assembled to perform an operation or provide consultation or obtain second opinions.

With a worldwide shortage of medical expertise and rapid advancement in technology, it is only a matter of time before telesurgery becomes a common necessity for major healthcare facilities.

In the quest to establish itself as the regional medical hub, medical centres across Asia may soon find it necessary to start leveraging on Surgical Networking Systems in the bid to be number one. 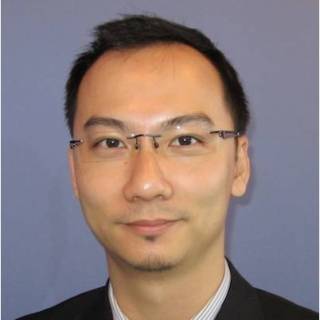 Adam Chee is the Chief Advocacy Officer of binaryHealthCare, a ‘purpose-driven’ boutique consulting firm offering training, advisory on technical and business strategies, specifically addressing the eHealth domains within (but not limited to) the APAC and Middle East region while serving to ‘Bridge the eHealth Divide’ by empowering stakeholders in both developed & LAMI counties on effective, sustainable adoption of Health IT as an enabler for ‘better patient care at lower cost’.