Amyloid transthyretin (ATTR) cardiac amyloidosis is increasingly recognised as a cause of heart failure with preserved ejection fraction (HFpEF). Physician awareness of this condition and the necessary investigations will allow for quicker diagnosis and treatment, which benefits both patient and healthcare systems worldwide.

The ever-growing population of heart failure patients has put increased pressure on the healthcare systems of countries worldwide to accurately diagnose and provide holistic care. There are numerous pathologies which contribute to the development of heart failure and it is essential for physicians to be aware of all possible etiologies. Optimisation of care requires physicians to know the underlying disease process and the treatment options available. One such example which has been increasingly recognised as a cause of heart failure with preserved ejection fraction (HFpEF) is amyloid transthyretin (ATTR) cardiac amyloidosis. Definitively diagnosing this condition can help physicians improve quality of life for patients and work to limit the economic strain hospitals experiencewhen managing heart failure.

Amyloidosis is a disease produced by abnormal proteins, amyloid, which deposit in tissues and cause organ dysfunction. Cardiac amyloidosis is therefore the impairment of cardiac function because of amyloid build-up in the heart itself. Patients are left with a thickened heart and continued amyloid accumulation over time willworsen restrictive cardiomyopathy and HFpEF. Amyloidosis can be caused by several misfolded proteins, with over thirty different precursor proteins currently identified. One such protein is transthyretin (TTR), a protein which is mainly found in blood and responsible for transportation of thyroxine and retinol. In some individuals, this protein becomes misfolded and forms ATTR. All types of amyloidshare characteristics in terms of structure and insolubility which explains why continuous amyloid deposition in tissue canbecome extremely problematic.

ATTR can be produced in direct relation to a genetic mutation in the TTR gene that affects protein stability, which is referred to as hereditaryor variant amyloid (ATTRv). There is also a large cohort of individuals which possess no identifiable mutation and are described as having wild-type amyloid (ATTRwt). ATTRv amyloidosis was previously referred to as familial, because it has been identified in several countries and can often be tracked to specific lineages. The most common mutation worldwide is a point mutation, Val50Met (V50M, previously V30M), with a significant cohort in the Japanese population. ATTRwt amyloidosis was previously referred to as senile because of its higher prevalence with increased age.

Though ATTR amyloidosis has traditionally been considered a rare disease, there is substantial evidence implicating this condition in HFpEF. Advances in diagnostic techniques including non-invasive options have played a large role in increased identification of cardiac amyloidosis. There is increased accessibility to these investigations and healthcare professionals are more capable of reaching a definitive diagnosis at an earlier stage of the disease. The prevalence of ATTR cardiac amyloidosis has been supported by autopsies demonstrating ATTR deposits in cardiac biopsies in a substantial proportion of elderly individuals with HFpEF. Many of these individuals did not have a pre-existing diagnosis, which helps emphasise that epidemiology of this disease is currently underestimated. ATTR amyloidosis has been typically associated with elderly males, but is likely under-diagnosed in all groups, especially females. Awareness of this condition, appropriate referrals, and improved diagnostics has contributed to the detection of increased prevalence of this condition.Furthermore, earlier identification will open new opportunities to tailor treatments to comba    ocess before extensive amyloid deposition can occur.

Awareness of the condition is paramount because there is minimal information that can be discerned from a physical examination to identify ATTR amyloidosis. Therefore, physicians must consider the clinical picture, patient demographics and family history before proceeding with a more extensive amyloidosis work-up. There should be suspicion for ATTR cardiac amyloidosis in patients who are in their sixth decade of life or older, particularly if they have carpal tunnel syndrome or investigations showcasing hypertrophic or restrictive changes in the heart. Carpal tunnel syndrome can be one of the earliest signs of ATTRvandATTRwt amyloidosis, therefore it is essential for physicians to consider neuropathic symptoms or previous release surgeries when formulating their differential. Circulating amyloid can result in deposition in a multitude of organs and often depends on the genetic variant that a patient has. ATTRv amyloidosis patients fall on a spectrum of symptoms which range from exclusively neuropathic to exclusively cardiac depending on their specific variant. This contrasts with ATTRwt amyloidosis which tends to produce mainly cardiac involvement and symptoms in most patients.

Identification of ATTR cardiac amyloidosis is not a simple task and requires a series of investigations to help differentiate from other serious pathologies. If a physician is considering cardiac amyloidosis as a possible cause of HFpEF, they should begin with a standard clinical examination to determine the status of the patient and if immediate interventions are required. The initial work-up should involve standard cardiac investigations which include echocardiography (echo), and electrocardiogram (ECG), followed by cardiac magnetic resonance imaging (CMR) for additional information. Echo is valuable for characterising and monitoring heart failure, providing ejection fraction which is often preserved in patients with ATTR cardiac amyloidosis. Furthermore, physicians can visualise structural changes including thickening of tissues in the heart, overall heart mass and any resulting impairment of heart function. ECG can be helpful in combination with echo because it also gives an indication of the degree of amyloid infiltration if there are conduction abnormalities or low voltages; however, there are no pathognomonic tracings. It is important to note that basic laboratory work is recommended alongside initial investigations and despite uncertainty in the interpretation of cardiac biomarkers (troponins, brain natriuretic peptide) they should still be monitored to evaluate differentials.

CMR should be done in all suitable patients as it provides greater insight into structural changes of the heart which may indicate amyloidosis. CMR involves a gadolinium contrast agent which is helpful at identifying amyloid fibril deposition. Amyloid deposits result in increased extracellular volume and the accumulation of contrast around these sites produces late gadolinium enhancement (LGE) which allows for visualisation of amyloidosis. The tendency for amyloidosis patients to present with advanced age creates a challenge in utilising CMR because of the limitations on contrast in a setting of poor renal function. Research efforts into CMR data analysis are continuing to look for improved ways to identify and characterise amyloidosis. While none of the mentioned investigations are definitive, a CMR showcasing LGE is highly suggestive of cardiac amyloidosisand can help guide suspicions in cases with cardiac infiltration.

Endomyocardial biopsy (EMB) is the gold standard for achieving a definitive diagnosis of cardiac amyloidosis. This is because taking a direct heart tissue sample provides the ability to analyse it with stains and various specialised techniques to determine not only the presence of amyloid, but the subtype. Amyloid fibrils will stain with Congo red and display the characteristic applegreen birefringence under polarised light. Mass spectrometry is then performed to identify the subtype of amyloid. If a patient presents symptoms of amyloidosis in an extra-cardiac site, a physician may consider a biopsy of this tissue for analysis. Presence of ATTR in an extra-cardiac site is suggestive of systemic amyloidosis and can therefore imply cardiac involvement in symptomatic patients. A common site for extra-cardiac biopsy is the abdominal fat pad, which should be used to rule out other forms of amyloidosis rather than identifypresence of ATTR. Biopsies are invasive, specialised and expensive procedures, which is why there has been an emphasis on non-invasive diagnosis. Before proceeding to biopsy, patients should be evaluated for a proliferative blood disorder to rule out amyloid lightchain (AL) amyloidosis. This can be accomplished with a blood test, serum immunofixation electrophoresis, which if abnormal or unclear can be escalated to bone marrow biopsy. If a proliferative blood disorder is present, it will require treatment before proceeding with additional investigations for ATTR amyloidosis.

When ATTR amyloidosis is confirmed through any diagnostic method, a patient should undergo genetic testing to determine if there is a mutation in the TTR gene. Categorising patients into ATTRv or ATTRwt amyloidosis is inherently helpful to guide management and selectfrom available treatments. Genetic testing should be offered to all first-degree relatives of an individual diagnosed with a pathogenic TTR gene mutation asvariants are inherited.

ATTR amyloidos is is an insidious process that can greatly affect quality of life and patient outcomes. In AL amyloidosis, there is an identifiable blood disorder which is the source of all amyloid being produced. Therefore, treatments such as chemotherapy and autologous stem cell transplantation are utilised to stop amyloid production. ATTR amyloidosis is a slower process, given its presentation with advanced age, but similarly would benefit from earlier diagnosis and treatment.

There is increased interest in developing treatments for ATTR amyloidosis because of the evidence suggesting the disease may not be as rare as previously thought. Patients with ATTR cardiac amyloidosis should be treated for HFpEF, with caution or avoidance of calcium channel blocks and digoxin which have demonstrated interaction and increase toxicity with amyloid fibrils. There are several ATTR-specific treatment options currently available which have been proven to be effective in their ability to treat neuropathic or cardiac symptoms anddisease progression. These medications fall into three general categories based on mechanism of actionand are referred to as stabilisers, silencers and degraders.

Stabilisers are drugs which bind to the TTR protein to prevent unfolding into components which can form amyloid. Diflunisal is a non-steroidal anti-inflammatory (NSAID) drug which was found to stabilise TTR and has shown success after being repurposed for treatment of neuropathic symptoms in ATTR amyloidosis. The only drug available for treatment of polyneuropathy and cardiomyopathy is a stabiliser, tafamidis, which through multiple trials has been proven to halt disease progression and help maintain quality of life.Silencers are drugs which target a mechanism in the production of the TTR protein which eliminates any possibility of amyloid formation. Patisiran is a small-interfering RNA (siRNA)that prevents the translation of TTR mRNA, whereas inotersen directly targetsTTR mRNA to form a complex which is degraded. Both patisiran and inotersen have been shown to halt progression of neuropathic symptoms and improve quality of life when given to individuals with ATTRv amyloidosis with polyneuropathy. Degraders are a group of drugs which are still being investigated but are meant to address disease burden by removing amyloid deposits in tissue.

Advances in diagnostic techniques and continued awareness of ATTR amyloidosis in relation to HFpEF will lead to greater understanding of this condition. Suspicion of amyloidosis will allow earlier identification and therefore earlier treatment for patients in order to improve quality of life and survival. It is likely that ongoing research and evaluation of ATTR amyloidosis will lead to newdiagnostic techniques and drugs in the years to come. 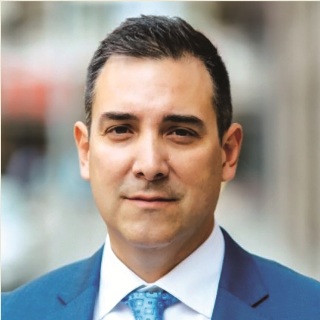 Diego H Delgado is a cardiologist at the Peter Munk Cardiac Centre at the Toronto General Hospital, University Health Network in Toronto, Canada and associate professor of medicine for the University of Toronto. He has specialised training in heart failure, transplantation and carido-oncology. 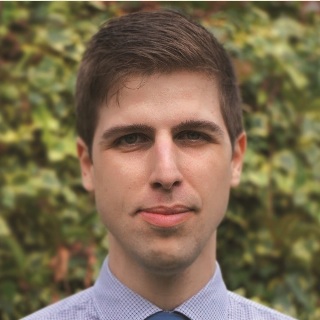 Bennett Di Giovanni is a research fellow with the University of Toronto, working for the Division of Cardiology at the University Health Network in Toronto, Canada. He has an interest in cardiac amyloidosis and aims to provide insight into diagnosis and management of this condition.