Why is Crowdfunded Medical Aid so Popular and Successful in China?

Crowdfunded medical aid, a new innovation in China, allows users to get medical aid if they are diagnosed with a serious disease by paying a small amount. The research aims to identify the social and psychological concerns of people when adopting such innovative medical risk management products.

A new innovation in China allows users to get up to CNY 300’000 in medical aid if they are diagnosed with one of 30 serious diseases like cancer, heart attack etc. by paying only about CNY 30 (US$ 4.4) per year. Crowdfunded medical aid is based on the philosophy of “one for all, all for one”. It is a new type of internet insurance platform that aims to help critically ill patients, who cannot bear high medical fees, by crowdfunding money from all of its users. These platforms evolved from their original function, namely as donation websites for patients.

Crowdfunded medical aid platform first became popular in 2016. One company for example, Waterdrop Aid, has recruited 40 million users and provided about CNY 100 million in medical aid to 720 users diagnosed with a serious disease in the last two years. This service is mainly popular with young people who were born during the 1980s and 1990s, as well as residents of third or fourth-tier Chinese cities.

The research aims to identify the decision-making process of users when choosing medical risk management products. Twenty six participants and two employees from two platforms were invited to have a semi-structured in-depth interview with convenience sampling method. The transcripts of the interviews were collected by qualitative data analysis software Nvivo.

Nine out of the 26 participants bought additional commercial medical insurances. Those that did not, gave the following reasons for not taking up additional insurance: 1. Commercial insurances and their employees are not trustworthy, mainly because the participants received unsolicited calls or visits. In addition, there were a number of scandals involving these companies which were publicised on social media. 2. Commercial medical insurance is unaffordable for students, newly employed and those on a low income. 3. A lack of motivation to take action.

Among the 26 participants, 24 were users of Waterdrop Aid and QFund Aid. Crowdfunded medical aid programmes for the elderly and children with serious diseases were mostly purchased by young people for their family members, because they are frequent users of internet and social media platforms. When asked about how they found out about these medical aid programmes, 13 out of 26 participants stated that they were sent a link about these platforms after making a donation to a sick patient on the social media platform WeChat. Five people found out from friends, another five people learnt about it from internet forums, and three participants could not recall how they found out.

Reasons why participants decided to join these programmes are as follows, according to frequency:

2. Charity aspect of these programmes. The payment will help other patients instead of profiting the company, which gives them a feeling of satisfaction

3. Out of curiosity or bought on impulse. Some participants said they were attracted by the advertisement, and bought it on impulse, without understandings crowdfund medical aid

4. The initial donation has raised awareness about serious disease. They do not wish they themselves or their family would have to face a similar situation

5. Crowdfund medical aid programmes because they are doing charity for others and helping themselves at the same time, instead of donating money only out of responsibility

6. Special family structure shaped by the one-child policy. Young people who were born in 1980s and 1990s tend to be the only child in their families. The risk awareness of them is stronger because their family is or will be relying on them.

Appraisal of Risks and Potential Benefits of Crowdfund Medical Aid

As for the probability of getting a serious disease, participants have two opinions: cancer rates are rising, with a sharp increase among young people too. Another is they is not likely to get cancer. They join these programmes for a peace in mind or simply for fun.

Even though not every participant agrees that a serious disease would happen, all of them admit that it would be a disaster for their family if it would happen to them:

“For me, a serious disease like cancer would cost a lot of money, and the patient may still not survive in the end.” “To some extent, it causes not only the financial pressure, but also the worries and pain of losing their family member, or even worse, some people may have to face the dilemma between extending the life of a family member with a terminal illness and a huge medical expense.

Only five out of 26 participants think they can afford to pay the bill of a serious disease with their current resources and medical insurances. Others stated they cannot afford and do not know how to cope with a serious disease.

After being asked about how much the crowdfunded medical aid could help them, most participants said that if it doesn’t happen, then it is a good way to help others, and if it happens, the high medical aid would reduce their financial burden and help them or their family get better medical treatment, which means a better chance of survival.

The participants are interested in two types of health information: one is regimen, which is about how to avoid harmful behaviours or environment, and how to maintain good habits and a healthy diet. The second is disease information. People are interested in it mainly because of their personal health condition, profession, or life experiences.

Though social media is one of main resources of health information, most participants do not fully trust it. However, very few participants have attempted to verify this information because they feel it is too difficult or time consuming. People who verified the information they obtained from social media did so because they have access to medical resources such as friend or family members who are medical professionals or they take the initiative to consult medical literature. 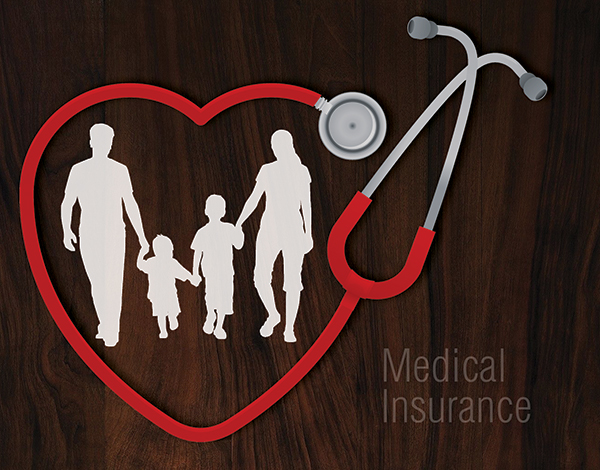 Besides, the prevalence of social media has contributed to the increased risk awareness about serious diseases. In interviews, some participants believe more people have a serious disease nowadays, because they have frequently read information about serious diseases like cancer that has been spread by social media. There are also an increased number of cases where people are asking for donations online for high expense medical treatment. Three participants mentioned about the influence of “A young Beijingese in a flu”, a widespread article on WeChat at the beginning of 2018, which pointed out how weak people are. The article details how the writer’s father in law died from a serious flu in Beijing, despite the fact that one would expect the best medical treatment there in the whole country. The three participants have spent more time acquiring health information and exercising since then.

When asked about their family members’ opinion on serious diseases, 19 participants admitted that they haven’t talked about serious diseases and how to cope with them with their family. Nine participants explained that one reason is that talking about death-related diseases is seen as bad luck. Another reason that they have avoided talking about it is because it is impossible for them to afford the expense of any serious diseases. Rather than facing the issue, pretending the risk doesn’t exist is easier.

Seven participants who have talked about it with their family tend to have had adequate health insurance. Opinions on serious diseases in their family are as follows: 1. For preventable serious diseases, we should try our best to prevent it; 2. For curable diseases, we will spare no effort to cure it, no matter how much it would cost. 3. If it is incurable, we should respect the patients’ opinion, as excessive medical treatment would result in more pain for patients. To sum up, families who talked about serious diseases tend to be more positive and well-prepared.

Most participants also talked about serious disease cases that happened in their life. Some people said it forced them to think about how to deal with it if it would happen on themselves. Serval participants convinced their parents to do health test regularly and one participant bought medical insurance immediately after she knew her friend was diagnosed with cancer. Others believe that some serious diseases are not preventable. Rather than worrying about the occurrence all the time, people should enjoy their life and make most use of their time.

About half of participants did not know much or had never tried to learn about details of government medical insurance policies, mainly because they have not had the need for it. Others commented that the public insurance has:

3. Self-employed individuals are at a disadvantage in the public insurance system

4. Senior public officials have too much priority, and it should be reduced to promote fairness

Although there are many complaints about it, most participants still hold a positive attitude towards government medical insurance. On the one hand, only paying CNY 100-200 per year provides good value, and affordable medical insurance for Chinese citizens. On the other hand, they believe that the government is trying to continually improve it by adding additional medicine in the reimbursement list.

Most participants agreed that crowdfund medical aid is a great innovation, not only because it has saved thousands lives, but also has encouraged users to prepare for potential medical risks in their life.

However, several participants have stopped to make payments to the crowdfunded medical aid, because:

1. Negative publicity about scams and misuse of money of these platforms has caused a lot damage to their reputation

3. The process to make a claim is complicated and inefficient, and customer service needs to be improved. This is the opinion of to the participant who received payment successfully after persisting for four months.

According to Shen Peng, the CEO of Waterdrop Aid, the reason for the success of crowdfunded medical aid is that they effectively created a new market by increasing the risk awareness of people through their widespread donation links on social media.

Until now, they have stated that they are not worried about making a profit, because they have recruited 40 million users who would be their potential customers of their supplementary commercial medical insurances, healthcare services, and other products. 1

Blockchain technology was introduced by Yang Yin2, the CEO of QFund, and implemented on the platform to create an open and transparent environment. Everyone can track where their money goes and how is it used.

All in all, transparency and trust are vital for the development of crowdfund medical aid platforms. The application of new technology may offer them a good chance to develop trust with the public. Nevertheless, they face a number of challenges, such as addressing user complaints and provide improved customer service. These platforms are not considered as part of the traditional insurance industry. The absence of regulations is both an opportunity and a challenge for this new innovation, hence they need to plan every step carefully in the future.

Ying Shen is a graduate student at the School of Journalism and Communication, Guangxi University. Main research field is Health communication. Prior to that she was a program officer at KAB (Know About Business) office of International Labor Organization in China.