Leading Infectious Diseases among Under-5 Children in Developing Countries

Although disease patterns change constantly, infectious diseases remain the leading cause of mortality and morbidity in the developing countries; especially, among under-5 children. In the current global context, it is important to understand how international aid agencies and donors prioritise their funding allocations for the prevention, control and treatment of infectious diseases.

Global child mortality has decreased substantially since 2000 due to vaccinations, adequate nutrition and health education; however, mortality and morbidity remain high among the developing countries. Infectious diseases are the leading causes of death worldwide, particularly in low-income countries, caused by usually microscopic size organisms, such as bacteria, viruses, fungi, or parasites. In developing countries, top five infectious diseases that are responsible for under-5 mortality and morbidity are pneumonia, diarrhoea, HIV/AIDS, malaria and tuberculosis.

Pneumonia is the foremost cause of death from infectious diseases in under-five year old children worldwide. It accounts for 16 per cent of all deaths, killing 920,136 children in 2015. Pneumonia is caused by a number of infectious agents, including viruses, bacteria and fungi; streptococcus pneumoniae – the most common cause of bacterial pneumonia in children; Haemophilus influenzae type b (Hib) – is the second most common cause of bacterial pneumonia; respiratory syncytial virus is the most common viral cause of pneumonia; in infants infected with HIV, Pneumocystis jiroveciis one of the most common causes, responsible for at least one-quarter of all pneumonia deaths in HIV-infected infants. The viruses and bacteria that are commonly found in a child's nose or throat, can infect the lungs if they are inhaled. They may also spread via air-borne droplets from a cough or sneeze. In addition, it may spread through blood, especially during and shortly after birth.

Pneumonia occurs when the air sacks in the lungs, the alveoli, are filled with pus and/or fluid. This makes breathing difficult, and does not allow the infected person to intake enough oxygen. The presenting features of viral and bacterial pneumonia are similar. However, the symptoms of viral pneumonia may be more numerous than bacterial pneumonia. In children under 5 years of age, who have cough and/or difficult breathing, with or without fever, pneumonia is diagnosed by the presence of either fast breathing or lower chest wall in drawing where their chest moves in or retracts during inhalation. Wheezing is more common in viral infections. Very severely ill infants may be unable to feed or drink and may also experience unconsciousness, hypothermia and/or convulsions.

The risk factors related to the host and the environment in developing countries include malnutrition, low birth weight (≤ 2500 g), non-exclusive breast feeding, lack of measles immunisation, indoor air pollution, crowding, etc. The antibiotic of choice for treatment is amoxicillin dispersible tablets. Most cases of them require oral antibiotics, which are often prescribed at a health centre. These cases can also be diagnosed and treated with inexpensive oral antibiotics at the community level by trained community health workers; hospitalisation is recommended only for severe cases of pneumonia.

Preventing pneumonia in children is an essential component of a strategy to reduce child mortality. Immunisation against Hib, pneumococcus, measles and whooping cough (pertussis) is the most effective way to prevent pneumonia. Furthermore, adequate nutrition, exclusive breastfeeding, avoidance of indoor air pollution and encouraging good hygiene in crowded homes are useful measures.

Diarrhoea is the second leading cause of death in children under five years old, and is responsible for killing around 525,000 children every year. Considering the etiology, rotavirus is the most common cause of acute watery diarrhoea with about 39 per cent of diarrhoea hospitalisations and 199,000 deaths each year, mostly in children; unfortunately, 85 per cent of them occur in low-income countries. Next to rotavirus, enterotoxigenic Escherichia coli (ETEC) is estimated 42,000 deaths of children under five years of age in 2013. On the other hand, Vibrio cholerae causes an estimated 3–5 million cholera cases and 100,000–120,000 deaths every year with a higher incidence among children. The other responsible pathogens for diarrhoea are salmonella, shigella, campylobacter, etc. Now, other causes such as septic bacterial infections are likely to account for an increasing proportion of all diarrhoea-associated deaths. Children who are malnourished or have impaired immunity and people living with HIV are most at risk of lifethreatening diarrhoea. These diarrhoearelated infections are mainly caused by unclean drinking water, contaminated food or person-to-person contact and poor hygiene.

Diarrhoea is defined as the passage of three or more loose or liquid stools per day (or more frequent passage than is normal for the individual). Frequent passing of formed stools is not diarrhoea, nor is the passing of loose, ‘pasty’ stools by breastfed babies. Diarrhoea is usually a symptom of an infection in the intestinal tract, which can be caused by a variety of bacterial, viral and parasitic organisms.

Human Immunodeficiency Virus (HIV) continues to be a major global public health issue, having claimed more than 35 million lives so far. About 940,000 people died from HIV-related causes globally in 2017. Africa is the most affected region, with 25.7 million people living with HIV in 2017.

Although HIV and Acquired Immune Deficiency Syndrome (AIDS) originally emerged as adult health problems, they have become a major killer of under-5-year-old children, especially in developing countries. Children of HIV-seropositive mothers can acquire the virus directly through vertical transmission; about 25–30 per cent of children born to infected mothers become infected with HIV and almost all of them die before turning five. Thus, the under-5 mortality rates among children of HIV-infected mothers are two to five times higher than those among children of HIV-negative mothers. According to the Joint United Nations Programme on HIV and AIDS (UNAIDS) estimates, about 14 million women of child bearing age currently live with HIV/AIDS in the world, giving birth to children with an elevated risk of HIV infection and death before the age of 5 years. Even among children who are not infected, many will die because the resources needed to ensure their survival and health are used to care for HIV-seropositive adults.

The symptoms of HIV vary depending on the stage of infection. The initial infection, individuals may experience no symptoms or an influenza-like illness including fever, headache, rash, or sore throat. Afterwards, patients develop other signs and symptoms, such as swollen lymph nodes, weight loss, fever, diarrhoea and cough. Further more, they also attract severe illnesses such as tuberculosis, cryptococcal meningitis, severe bacterial infections and cancers such as lymphomas, etc. HIV can be transmitted via blood, breast milk, semen and vaginal secretions. Individuals cannot become infected through ordinary day-to-day contact such as kissing, hugging, shaking hands, or sharing personal objects, food or water.

Childhood risks of contracting HIV include: sharing contaminated needles, syringes and other injecting equipment and drug solutions when injecting drugs; receiving unsafe injections, blood transfusions, tissue transplantation, medical procedures that involve unsterile cutting or piercing; and experiencing accidental needle stick injuries. HIV infection is often identified through Rapid Diagnostic Tests (RDTs), which detect the presence or absence of HIV antibodies. Most often, these tests provide same-day test results, which are essential for same-day diagnosis and early treatment and care. HIV can be suppressed by the combination of Antiretroviral Therapy1 (ART) consisting of 3 or more AntiretroViral (ARV) drugs. Antiretroviral drug also uses for prevention and elimination of mother-to-child transmission of HIV.

Tuberculosis (TB) is caused by a type of bacterium called Mycobacterium tuberculosis. It's spread when a person with active pulmonary TB, coughs or sneezes and someone else inhales the expelled droplets, which contain TB bacteria. In 2017, about 10 million people were infected, and 1.6 million died (including 0.3 million among people with HIV). Among them, an estimated 1 million children became ill with TB, and 230,000 children died of TB (including children with HIV associated TB).

Malaria, an ancient threat to human health, remains a primary cause of morbidity and mortality globally. The 2016 World Malaria Report indicated that 212 million cases and 429,000 deaths were recorded in 2015. Two-third of these deaths occurred among under-5 year old children in developing countries mainly in Africa. The World malaria report 2018 summarises global progress in the fight against malaria up to the end of 2017. The report reinforces the message from the previous year's report that the world is off track to achieve two critical targets of the reducing malaria deaths and disease by at least 40 per cent by 2020, although there has been a substantial reduction in the burden of malaria since 2010. In 2017, there were an estimated 219 million malaria cases globally, compared with 214 million cases in 2015 and 239 million cases in 2010. The reduced or reversed progress in countries with the highest malaria burden is one of the main contributors to the stalling of the global progress. For example, in Africa, there were an estimated additional 3.5 million malaria cases in 2017 compared with 2016. In comparing the trends in cases and deaths, it is important to understand that mortality is estimated through a process that first quantifies all-cause mortality in children aged under-5 years. Overall this approach, results in malaria mortality trends that follow those of children aged under 5 years, and is often insensitive to year on year change in malaria case burden.

Malaria is caused by the Plasmodium parasite and spread to humans through the bites of infected mosquitoes. There are many different types of Plasmodium parasite, but only 5 cause malaria in humans; Plasmodium falciparum (mainly found in Africa), Plasmodium vivax (Asia and South America), Plasmodium ovale (West Africa), Plasmodium malariae (Africa) and Plasmodium knowlesi (very rare, southeast Asia). Most often, patients present with non-specific symptoms, such as fever, rigors, and chills. Severe malaria develops mainly among children and may manifest as extreme weakness, impaired consciousness, severe anaemia, respiratory distress, convulsions, and hypoglycaemia, among other symptoms. The occurrence of long-term neurological sequelae from severe malaria, subtle developmental and cognitive impairments as a result of both severe and uncomplicated episodes have been reported in children. Moreover, anaemia is one of the complications that accompany malaria infections, and it plays a significant role in its morbidity and mortality.

Malaria is a preventable and treatable disease. The primary objective of treatment is to ensure complete cure, that is the rapid and full elimination of the Plasmodium parasite from the patient’s blood, in order to prevent progression of uncomplicated malaria to severe disease or death, and to prevent chronic infection that leads to malaria-related anaemia. From a public health perspective, the goal of treatment is to reduce transmission of the infection to others, by reducing the infectious reservoir, and to prevent the emergence and spread of resistance to antimalarial medicines.

Md Moshiur Rahman is an Associate Professor of International Health and Medical Care, Hiroshima University, Japan. He has outstanding academic credentials combined with experiences in public health, population and health science, research, administration, and leadership. He has more than 15-year experiences in health-related programs and researches in Bangladesh, Africa, and Japan.

Michiko Moriyama is a Professor of Division of Nursing Science under the Institute of Biomedical & Health Sciences in Hiroshima University, Japan. She has been involved in various types of research activities such as Chronic Care and Disease Management, Family Nursing, and Population Sciences. She has multidisciplinary collaboration in different countries for sustainable development. 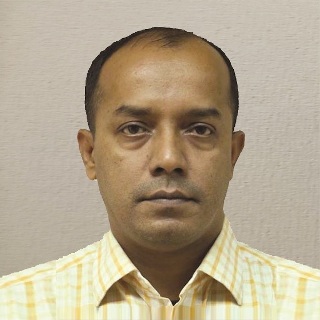 Mohammad Habibur Rahman Sarker is a doctoral student at the Graduate School of Biomedical and Health Sciences in Hiroshima University. He completed his Master (MPH) and Bachelor (MD) degrees from Bangladesh. He is also working at International Centre for Diarrhoeal Disease Research, Bangladesh (icddr,b) as a researcher and clinical trainer. His major field of interests are epidemiology, infectious