CAN CENTRAL NERVOUS SYSTEM BE A TARGET FOR TREATMENT OF CHRONIC HEART FAILURE AND AMELIORATION OF EXERCISE PERFORMANCE IN ATHLETES?

From physiology to clinical setting

Exercise capacity and its determinants in humans are still a matter of debate. Exercise performance is modulated by many physiologic factors controlled by brain. The goal of this article is to show relevance of brain, neuromuscular system and hypothalamus for exercise performance mechanisms in heart failure patients, healthy athletes and perspectives for new therapeutic methods for a melioration of exercise performance.

The huge progress in cardiovascular science and physiology has contributed to the development of highly advanced diagnostic and treatment technologies in cardiology for last three decades. However, a reliable assessment of exercise capacity and the precise definition of all factors determining aerobic capacity in health and Chronic Heart Failure (CHF) are still a matter of debate. The profound understanding of the physiologic and pathophysiologic mechanisms controlling exercise — induced breathlessness sensations and exercise capacity may giverise to the brandnew treatment methods aiming at the alleviation of symptoms, relevant reduction in mortality rate in CHF patients and also physiologic techniques to ameliorate exercise performance in top athletes.

Even though the portfolio of the diagnostic tools and treatment methods of CHF is today truly impressive, there is still a respectable group of patients refractory to the guidelines-based conventional therapeutic methods. According to the latest data, mortality rate in CHF patients is still high. Subsequently, the alternative curative methods of the disease are urgently needed. Moreover, enormous rivalry between top athletes and elite sport clubs also forces sport physicians and physiologists to look for brand-new, alternative or non-conventional pathways to enhance exercise performance for attainment of prestige and top position during competition.

Exercise capacity submits to numerous determinants such as a structure of skeletal muscle fibres, skeletalmuscle fascial system, mitochondrial capacity to produce energy (ATP) for working muscles during exercise, hormonal and immunological factors, ergoreceptors (muscle receptors that increase breath and heart rate during exercise), chemoreceptors (receptors located in the brain stem and cervical arterial vessels responsible for enhanced breathing during exercise) and heat stress. In fact, all these abovementioned entities are controlled by the brain (cortex, subcortical sturctures, hypothalamus, brain stem) and the peripheral nervous system.

Hypothalamus –from cinderella to key player in exercise

There is more and more evidence that confirms the contribution of central thermoregulatory mechanisms (hypothalamus), core body temperature (heat stress) during exercise and brain cortex – controlled psychomotor performance to exercise capacity. Manteuffel-Szoege suggested that the blood’s kinetic energy resulting from the thermal conditions of the tissues might affect circulatory flow. The rate of circulatory flow that is responsible for delivering oxygen from lungs to working skeletal muscles (limb and respiratory muscles) during exercise is one of the main determinants of exercise capacity in health and heart failure. This eminent Polish cardiac surgeon’s observations owing to his innovative animal experiments performed in 1960 and published in prestigious medical journal Thorax favoured the conception that there exists, besides the work of the heart, another, additional source of circulatory energy. The additional energy of the circulation is strictly connected with the temperature in various organs at rest and also during exercise controlled by hypothalamus. Some present investigations, which demonstrate the relevant discrepancy between cardiac function and functional capacity as measured by cardiopulmonary exercise testing (CPX) in patients with advanced heart failure, create continuum with this unique report and indicate the importance of extra-cardiac factors for exercise performance

The hypothalamus, located in the brain, is the supreme regulatory centre of core body temperature in humans and works in a close relationship with the cerebral cortex, brain stem cardiovascular and respiratory centres, and the hormonal system that control cardiopulmonary system and exercise performance (Figure 1). Hypothalamus plays an essential role in the central regulation of the heart rate and kidney functions, water and electrolyte balance and its changed activity is observed in heart failure. Moreover, the inflammatory process evidently implicated in the pathophysiology of heart failure can affect the heart rate through hypothalamus. Various hormones (growth hormone, thyroxine) controlled by hypothalamus and the mechanical forces transmitted to the heart by the flowing blood during exercise are known to be largely responsible for signalling which leads to physiologic (athlete’s heart) or pathologic cardiac enlargement (heart dysfunction and heart failure). The heart cells (myocytes) contain a number of receptors (mechanotransducers) which respond to and convert blood flow stimuli to biochemical events in the heart. These biochemical sensors have been identified chiefly as proteins at the level of cardiac muscle fibres. They act as triggers for adaptive or maladaptive remodelling that may lead to heart dysfunction or heart failure.

The hypothalamus (locomotor region in hypothalamus – HTLR) as well as the brain cortex participate in the regulation of hyperventilation during physical effort in the physiologic conditions. Nonetheless, it is still unclear how strongly cerebral structures can influence exercise performance in the clinical milieu. It was previously demonstrated that brain structural injuries in CHF patients emerge in areas involved in the physiologic control of core body temperature (hypothalamus) and breathlessness sensations (anterior insula of brain cortex) in healthy humans.

The Central Nervous System (CNS) processing that controls human heat conditions and determines neural drive for cardiovascular system can be altered both in patients with heart failure and healthy humans with reduced exercise capacity. It can also be changed in patients with left-univentricular cardiac assist device (LVAD). Recent advances in neurosciences have provided new insights into the understanding of heartbrain interaction. Cardiac information to the brain relies on two pathways, terminating in the insular cortex and anterior cingulate cortex, along with the somato sensory cortex. Some investigations indicate the important role of anterior insula of brain cortex for dyspnoea perception or breathlessness sensations and changed activity of this part of brain in patients with heart failure. A decrease in premotor brain cortex activity is also linked with the termination of exercise in healthy athletes. These observations are another evidence that there is a strict relationship between physiologic and pathologic mechanisms of exercise tolerance. Hence, modulation of physiologic nervous centres controlling fatigue and breathlessness sensations might be a potential way to alleviate symptoms of heart failure in patients refractory to conventional therapy.

The maximal exercise performance (both in healthy athletes and heart failure) is a resultant of interdependence and mutual interactions between cardiopulmonary function, thermal response to exercise regulated by hypothalamus, brain cortex, autonomic controls, neuromuscular systemcontrolled psychomotor performance (signalling from brain cortex that stimulates skeletal muscles during exercise), hormonal system, metabolic and heat receptors (chemoreceptors, muscle metaboreceptors, thermoreceptors), the capacity of skeletal muscle mitochondria to produce energy (ATP) and heat stress resistance of skeletal muscle enzymes — in particular, muscle pyruvate kinase (MPK) — involved in energy production during physical effort. The prevalence of these particular physiologic determinants of exercise capacity may vary in individuals, which probably is a key to understanding of differences in physical fitness both in chronic heart failure and athletes.

The pathways presented above, responsible for fatigue or breathlessness during physical effort, can be used to regulate exercise performance and weariness symptoms both in heart failure and healthy athletes during competition. The physiology-based novel treatment methods of heart failure involving manipulation of autonomic nervous system (vagal nerve stimulation and baroreflex activation therapy - BAT) and stimulation of spinal cord have been developing for some time. Even though the safety and clinical efficacy of the invasive vagal nerve stimulation is still controversial, the preliminary results of clinical studies in CHF patients treated with BAT are very promising. In addition, the recently reported cases of effective non-invasive stimulation of auricular branch of vagal nerve in heart failure confirm the fact that the in-depth knowledge of complicated and sometimes intricate physiologic interactions between various parts of autonomic, central and peripheral nervous system is indispensable for the further development of alternative treatment methods of heart failure and avoidance of therapy-related adverse effects or poor clinical outcomes.

The neuromuscular system that controls the electrical impulses from brain motor cortex to drive skeletal muscles during exercise plays a paramount role in the maintenance of muscle physiology and its dysfunction can contribute to muscle wasting and exacerbation of symptoms in heart failure. The recent clinical studies have validated the positive impact of electrical stimulation of skeletal muscles in CHF patients. 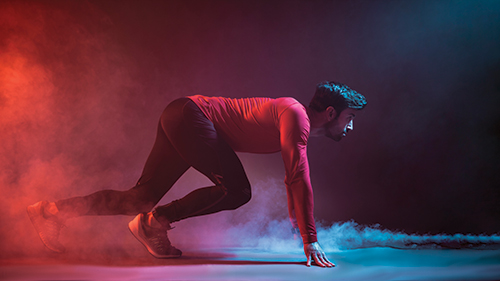 Miyamoto et al. demonstrated the relevant positive effect of the controlled heat exposure (sauna, steam bathing) in CHF patients. Recent studies show that thermal therapy is safe for patients with chronic heart failure and might be applied for the adjuvant treatment of decompensated heart failure. There are also some preliminary reports confirming the positive impact of body heat extraction by means of the innovative techniques (cooling glove) on improvement of exercise performance, muscle fatigue in athletes, patients with neurological disabilities and firefighters.

The cyclically repeated heat exposure or heat stress reduction during training period in healthy athletes or cardiac rehabilitation program in CHF patients may cause habituation of cerebral cortex to the enhanced thermal load during exercise, resetting of the hypothalamic responsiveness to heat stress, amelioration of neuromuscular system, muscular metabolism, function of respiratory and leg muscles during exercise and subsequently exercise capacity. The respiratory muscle warm-up in athletes before exercises contributes to less reduction in muscle oxygenation during exercise, which is a fundamental physiologic factor for the attainment of high exercise performance.

The better understanding of the physiologic central and peripheral mechanisms controlling exercise capacity and the recent advances in neurosurgery, neuromodulation with use of neurostimulators and physiotherapy create a potential platform for cooperation between cardiologists, neurosurgeons, neurologists, exercise physiologists and physiotherapists in the cardiovascular research, which may establish new frontiers in the treatment of heart failure in the nearest future. 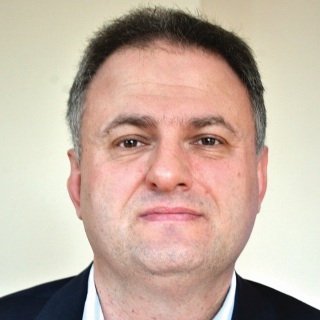 Robert Skalik is a consultant for Specialist Hospital with Outpatients Clinics, „Ventriculus”, Leszno, Poland, former Director of Department of Cardiac Rehabilitation in Saint John Paul IIHospital in Wroclaw, Poland. From 1998 to 2007, physician and cardiologist in Department of Cardiac Surgery and Cardiology, Medical University of Wroclaw, Poland. Author and co-author of numerous articles, abstracts, congress communications on cardiology and human physiology. He specialises in general and sports cardiology, echocardiography and cardiopulmonary exercise testing. He is an invited Overseas Fellow of Royal Society of Medicine in London.