Healthcare facilities in Southeast Asia are facing a triple threat of more insurance claims, a slowdown in medical tourism and increased competition. A uniform slide in third-quarter earnings of major facilities providers last year was the clearest indicator yet, that they must initiate business model transformation. Yoshihiro Suwa, who leads Roland Berger\'s healthcare consulting practice, explores innovative business models that can be profitably adopted.

Despite an increasing demand for higher quality healthcare, fuelled by an expanding middle class, the private healthcare industry has lost some of its lustre. Hospitals in general, are seeing a triple threat of general decline of medical tourism, reduced margins and an increasingly competitive environment. While external demand looks promising in the long-term, recent financial results of major private care and hospital groups exhibit symptoms that show not all is well.

An analysis of the financial statements of major private care and hospital groups in Asia showed a uniform slide in their third quarter earnings of 2016. IHH Healthcare did achieve 18 per cent year-on-year increase in sales RM 2.4 billion in the third quarter of 2016 and EBITDA grew 15 per cent RM155 million YoY. Even though sales and EBITDA achieved double-digit growth, the sales volume to EBITDA rate fell slightly from 23.1 per cent to 22.4 per cent in the same period in 2015. The group’s biggest earner, its Singapore market, grew less than double digit for the first time, at 8 per cent increase in sales and a 15 per cent growth in EBITDA, when compared to the same period in 2015.

A statement by the group's spokesperson acknowledged that one of the main reasons for slowed revenue growth was fewer medical tourists, who typically spend more than local patients.

This is not the only difficulty on record. Increasing use of healthcare insurance as a payment scheme has also dogged healthcare facilities providers.KPJ Healthcare–a major healthcare facilities provider in Malaysia–contracted 1.86 million outpatients (-0.9 per cent YoY) till the third quarter in 2016, and 210,000 inpatients (+0.8 per cent YoY). While KPJ sees stable visits from patients with insurance, which pays 70 per cent of the hospital's earnings, patients paying out of pocket have declined, putting a squeeze on margins. According to the hospital, the trend will remain until 2018.

While it could target only major cities to make the operations commercially  viable, competition is stiff, not just from a marketing perspective. Adding to the group's headaches is that fact that it cannot operate its rural hospitals the same way it manages its urban locations. This is because the population size and economic scale in smaller cities are a fraction of the capital city Jakarta.

To add to its difficulties, the cost of personnel may be lower on average in smaller cities, but that is not the case for doctors. At the early stages of the establishment of a hospital, it is essential for a reputable skilful doctor– who can be difficult to recruit–to be at the forefront of the hospital’s brand to attract more patients.

The Siloam group classifies its portfolio of 23 hospitals into four categories based on opening dates and location: Mature, Developed, Distinct and New. 40 per cent of patients come from five of the oldest hospitals classified as ‘Mature’, which saw a 6 per cent increase in the number of outpatients and 3 per cent increase in the number of inpatients in the third quarter of 2016, the lowest growth recorded. This, and other factors mentioned above, underscores our third point, that increased competition has reduced margins and volumes of many private care groups in the region.

Despite these stumbles, it would be wrong to conclude that investing in the private healthcare industry could be unviable in the long-term. The national medical expenses for the six major Southeast Asian countries (Indonesia, Malaysia, the Philippines, Thailand, Singapore and Vietnam) amounted to US $105 billion in 2014 and Roland Berger expects it to reach US$240 billion by 2020. The average annual growth rate during this period is 14.7 per cent and the region is still an attractive market that will continue to achieve double-digit growth. Historical trends indicate that governments will continue to shift the healthcare financing burden to the private insurers or to individuals.

What is evident is that these factors show the industry may have reached a critical turning point in 2016 and it could be the start of a future that has no more double digit growth. Some players may have even experienced more than one factor, deepening the case for them to consider adopting fresh business models that may augment future operations.

While there were plans to establish presence in the Middle East, BDMS ultimately decided that replicating the same service levels and quality would be commercially unviable, and opted to expand capacity locally and woo medical tourists from that region.

To improve on quality and excellence, the group partnered with leading global medical institutions on their area of specialisation, to gain insights on latest innovations in specific branches of medicine. This is strategically sound not only from a services perspective to attract discerning medical tourists, but also helps with margins. Since better technologies will enable shorter patient stays by helping them recover faster or recover at home, more patients can be accommodated  or the same number of beds.

To further diversify its business, BDMS has begun transitioning its non-hospital services–originally intended as internally shared services amongst all business group –to generate income. For instance, National Health Systems, the laboratory services arm of BDMS, now offers its laboratory services to customers outside the BDMS group.

Medical expenses will continue to rise for the foreseeable future and is a concern for many people and employers, where the latter often offers medical insurance as part of local employment packages to attract staff. To manage these costs, some medical providers are now offering Medical Billing Management Services (MBMS) to employers to lift some burdens off employers' shoulders. Fullerton Health –headquartered in Singapore– is doing just that. The group has operations in four markets in Southeast Asia, and Australia. It focuses on primary care and has hospitals and clinics. The latter provides checkups and outpatient care for fees lower than general hospitals.

MBMS provides claims management for corporate clients. In all the markets they operate, MBMS provides cashless services at facilities; medical examinations financed by insurance claims and payments; and consultation to control medical expenses for its corporate clients at all of its facilities. This not only saves time and helps identify where wastage occurs, but also prevents medical claims fraud and overcharging.

Some private care groups are expanding their business model to integrate insurance, providing a one-stop solution for customers. One group in particular, Spain’s Sanitas International, has created a prepaid form of health insurance to complement its vast network, which comprises clinics, medical centres, laboratories, ophthalmology and dentistry facilities, and pharmacies.

The business model of Sanitas is simple. After receiving a regular fee from subscribers, the group will manage their health and hopefully profit. The healthier the subscribers, the more profitable it is for Sanitas. The emphasis is placed on health management and disease prevention of the subscribers. Subscribers can view information ranging from their medical information to the management of medical fees online, which encourages subscribers to be highly aware about their health. They are also encouraged to go for regular checkups to prevent hereditary diseases such as cancer from reaching dangerous stages. On the other hand, if the subscribers are sick, they are able to receive some discount on the medical fees if they were to receive treatment at the group’s clinics and testing centres. This business model eliminates the possible conflicts of interest between hospitals and insurers by matching the interests within the network, so that subscribers can remain satisfied and healthy while Sanitas (and its network) profits. The result is a highly efficient healthcare network and community.

Survival of the Fittest

With economies in the region maturing, business models for private medical players must continue to evolve to remain relevant, even if the outlook is generally optimistic. As our analysis of the private healthcare providers in the second half of 2016 showed, the industry is not immune to shocks and must learn the warning signs early and heed their own advice, which is to take preventative steps to maintain and improve their own business health. While private care providers primarily targeted high net worth individuals in the past, many providers are now seeking new addressable growth areas and can apply new business models that have emerged in other regions.

Private healthcare providers must be reminded that despite strong demand for high quality healthcare and rising incomes in the region, there will always be a possibility of black swan events. This may include overnight introduction of a strict regulation, or a blockbuster drug or technology introduced which can cause an upset in the market.

As the famous saying by Charles Darwin goes, "It is not the strongest or the most intelligent who will survive, but those who can best manage change." 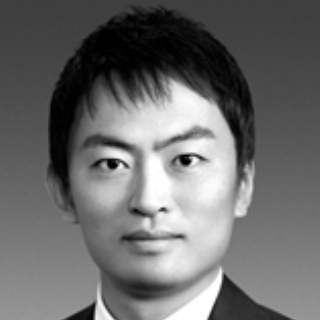 Yoshihiro Suwa is Partner at the Jakarta office. He has worked with Ronald Berger in the firm’s Japan office for most of his career, joining the firm after graduation. Mr Suwa also spent time working on new products in Novartis in Japan.