Head and Neck Cancer is a major health problem globally. Males are affected significantly more than females with a ratio ranging from 2:1 to 4:1. The incidence rate in males exceeds 20 per 100,000 in regions of France, Hong Kong, the Indian subcontinent, Central and Eastern Europe, Spain, Italy, Brazil, and among African Americans in the United States.

Head and Neck Cancer refer to tumours that develop in the region of mouth, throat, larynx, nose and sinuses. The symptoms of Head and Neck cancer may include a lump or a sore throat or a mouth ulcer that does not get healed, difficulty in swallowing or change in the voice. There may also be neck swelling, unusual bleeding, facial swelling or difficulty in breathing. About 80 per cent of head and neck cancer is due to tobacco use. Excessive consumption of alcohol is an additive risk factor. The other primary risk factors are Human Papilloma Virus (HPV) infection and Epstein-Barr Virus (EBV) infection. Most of these cancers usually start in the squamous cells that line the moist, mucosal surfaces in the region. The disease can also begin in the salivary glands which is relatively uncommon.

Head and Neck Cancer is a major health problem globally. In the United States, this cancer grows by 3 per cent per year, with approximately 63,000 Americans developing head and neck cancer annually and 13,000 succumbingto the disease. On the other hand, in Europe, there were approximately 250,000 cases and 63,500 deaths in 2012; and according to recent reports, the numbers are increasing. Males are affected significantly more than females with a ratio ranging from 2:1 to 4:1. The incidence rate in males exceeds 20 per 100,000 in regions of France, Hong Kong, the Indian subcontinent, Central and Eastern Europe, Spain, Italy, Brazil, and among African Americans in the United States. Mouth and tongue cancers are more common in the Indian subcontinent, nasopharyngeal cancer is more common in Hong Kong, and pharyngeal and /or laryngeal cancers are more common in other populations and these factors contribute to the overall cancer burden in Asian countries. In India, the burden of Head and Neck cancer is massive. Head and Neck cancers account for more than 550,000 of the total cancer cases reported in India every year. Since a large per centage of Indian population uses some form of tobacco and the fact that Indian population has grown at nearly twice the rate of the world in last 15 years, India is likely to experience a significant increase in burden of head and neck cancer.

Mouth cancer is the most common type of head and neck cancer. It can affect the lips, tongue, cheeks, roof or floor of the mouth and the gums. Symptoms of the disease can include persistent mouth ulcers or a lump in the mouth. This cancer may also affect areas like the lips, the front two-thirds of the tongue, the gums, the lining inside the cheeks and lips, the bottom of the mouth under the tongue, the hard palate (bony top of the mouth), and the small area of the gum behind the wisdom tooth. Oral cancer or mouth cancer comes under a wide umbrella of Head and Neck cancer, which is caused due to a destructive tissue developed in the oral cavity. In the Indian subcontinent oral cancer is considered to be one of the major health complications, as it ranks among the top three types of cancer accounting to over 30 per cent of all cancers. This type of cancer is commonly caused due to excessive smoking, chewing of tobacco and drinking. Oral Cancer in India is seen in both, men and women. This is a common disease in both the genders as now both, men as well as women are induced to tobacco addiction. The primary symptoms of oral cancer can be identified when one notices red or white patches or ulcers in the mouth cavity, i.e., tongue, gums or at the side of the mouth. Surgery to remove the tumour in the mouth and affected lymph nodes in neck is a common treatment for oral cancer. The surgeons will also perform reconstruction at same time to minimise the functional and cosmetic problems. Patients may have surgery alone or may be combined with radiotherapy for advanced stages.

The pharynx (throat) is a hollow tube about 5 inches long that starts behind the nose and leads to the oesophagus. The throat has three parts: the nasopharynx, the oropharynx and the hypopharynx. Throat cancer can affect any part of the throat. The most common symptoms of this cancer in the throat include a lump or a persistent sore throat. Ear pain, neck pain, any foreign body sensation, any itching sensation in the throat or sudden weight loss are also a few other symptoms of throat cancer. It is also important to look out for swelling of the neck. The treatment is planned according to the stage and options available for this cancer are Surgery, Radiotherapy, targeted therapy and Chemotherapy.

The larynx, also called the voice box, is a short air passage bound by vocal cords below and front of the pharynx in the neck. Laryngeal Cancer affects the various parts of the larynx, namely epiglottis and vocal cords. Laryngeal Cancer is also considered to be one of the easiest cancers to detect as it starts off with hoarseness of voice and then advances to breathing problems in the latter stages. If the hoarseness of voice persists for more than 3 weeks, it is advisable to get a laryngoscopy. Other symptoms enclose a change in the voice, difficulty in swallowing, shortness of breath, noisy breathing and a persistent cough. The treatment for laryngeal cancer is radiation therapy or laser surgery for early stage. However in advanced stage voice box removal (laryngectomy) may be required. Following laryngectomy various techniques are available to voice rehabilitation.

Nose and sinus cancer affects the nasal cavity — above the roof of the mouth and the sinuses. The symptoms of the disease could be similar to the common cold or sinusitis along with a decreased sense of smell, pus or blood stained discharge from the nose, persistent blocked nose, pain above or below the eyes or blockage of one side of the nose. The treatment for this kind of cancer is surgery followed by radiation therapy.

There are various types of treatments for Head and Neck cancers. Surgery, radiation therapy, chemotherapy and targeted therapy are a few treatments for the ailment.

Surgery as a treatment is frequently used in most types of head and neck cancers. Usually the aim is to remove the cancerous tissue completely along with margins or surrounding normal tissue. The lymph nodes in neck which can harbor tumour are also removed during surgery. Reconstructive surgery is performed to achieve optimal cosmetic and functional outcomes.

Radiation therapy is also routinely used for treatment of head and neck cancer. Radiotherapy can be used as primary modality or as adjuvant following surgery depending on the stage of disease. Various techniques such as 3D Conformal radiation, IMRT,  IGRT, etc., are used to reduce morbidity associated with Radiation Therapy.

Targeted therapy is a type of treatment that uses agents such as monoclonal antibodies or inhibitor to specifically target a receptor of pathway in cancer cells. Some targeted therapy used in squamous cell cancers of the head and neck include cetuximab, nimotuzumab, bevacizumab and erlotinib. Recent studies have shown promising results for immune targeting PD1 inhibitors. 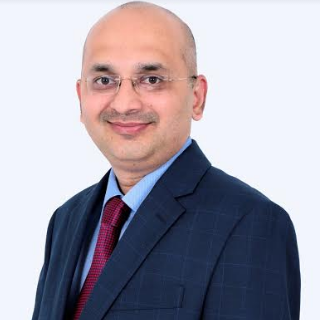 A renowned oncologist with over 14 years of experience in clinical care, teaching and research, Kekatpure specialises in the management of head and neck cancers. Dr. Kekatpure is a member of various medical and scientific societies at national and international levels, including the Foundation for Head and Neck Oncology India (FHNO), Indian Association of Cancer Research, American Association of Cancer Research (AACR), AO foundation, and the Head and Neck Cooperative Oncology Group. He is a recipient of several awards and is credited with an award from the FHNO for his research paper and a Scholar-in-Training award from the AACR.