Sleep is a restorative process which plays a very crucial role in our physical, mental and emotional health. It has profound consequences on one’s overall health and well being. There is a lot of literature established which points towards a direct correlation between sleep deprivation and a number of chronic health diseases like obesity, diabetes, hypertension and cardiovascular diseases.

The cost of sleep debt is much heavier than one may comprehend. Sleep is a restorative process which plays a very crucial role in our physical, mental and emotional health. It has profound consequences on one’s overall health and well being. There is a lot of literature established which points towards a direct correlation between sleep deprivation and a number of chronic health diseases like obesity, diabetes, hypertension and cardiovascular diseases.

Sleep debt may result from insomnia or other underlying conditions that require medical attention. But most sleep debt is due to burning the candle at both ends — consistently failing to get to bed on time and waking up late the next day disrupting the sleep pattern.

The body clock or sleep / wake cycle is also termed as the Circadian rhythm. It is a twenty four hour internal clock of the body which cycles between sleepiness and alertness at regular intervals. The body clock is controlled by an area of the brain that responds to light, which is why humans are most alert while the sun is shining and are ready to sleep when it's dark outside.

The circadian rhythm causes the level of alertness to rise and dip throughout the day. Most people feel less alert between 1:00pm and 3:00pm and then late night between 2:00am and 4:00am, but this can vary from person to person. This body clock also changes with age.

If one follows the body’s natural cues regarding when to go to sleep and wake up, the circadian rhythm should stay balanced, but a change in the schedule like staying up late can disrupt the body clock.

Short-term ill-effects of sleep deprivation include fatigue / tiredness throughout the day, bad mood and inability to focus on task at hand. However, if one is sleep deprived on a regular basis, it can lead to development of chronic diseases.

Short sleep duration has been documented to be closely linked to elevated Body Mass Index (BMI). Recent studies suggest that less than 7 hours of sleep can reduce or even undo the benefits of diet and exercise. Sleep deprivation in turn makes one crave food and even calorie dense food. It is well understood that during sleep, the secretion of various hormones varies, contributing to the metabolism and energy balance of the body. Sleep deprivation may disturb this balance leading to weight gain.

Leptin is the appetite suppressor hormone which is released by fat cells. It sends signals of satiety to the brainand instructs to stop eating. During sleep, leptin levels in the body increase, signifying that the body has enough energy and does not need any food. This hormone significantly decreases with sleep deprivation which results in a constant feeling of hunger and a general slow-down of metabolism. 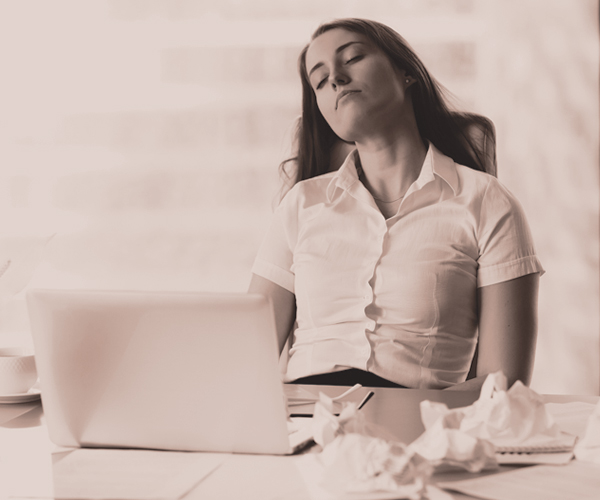 ‘Ghrelin’ is the appetite stimulator or hunger hormone which has the exact opposite purpose of leptin. It is released by the stomach and its function is to stimulate appetite. While sleeping, the levels of ghrelin decrease; however if one is sleep-deprived, it results in an increase of ghrelin which results in increased hunger and appetite, more so for the carbohydrate rich, starchy and calorie dense foods.

So, sleep debt causes this combination of a decrease in leptin and an increase in ghrelin which results in an increased calorie intake and weight gain. Various studies have established that sleep deprivation leads to increased levels of stress hormones and resistance to insulin, both of which also contribute to weight gain.

Following the biological clock is the key to good health and well being. Altered sleep patterns contribute to eating at wrong times, thus disturbing metabolism. Seven to nine hours of daily sleep at the right time is imperative. Odd timings of sleep encourage midnight binging which is mostly junk processed food that is high in calories. Moreover, no physical activity after that causes everything to be deposited as fat in the body during sleep. The next morning, the person obviously wakes up late and feels lethargic throughout the day with poor energy and concentration levels due to which there is no exercise in the day time as well. This slows down the metabolism even further and contributes to weight gain. 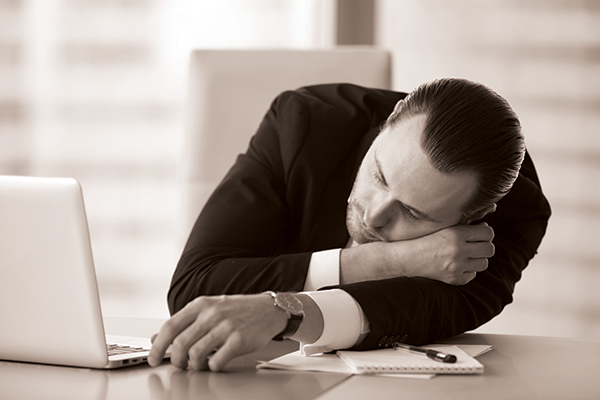 Adequate sleep plays a vital role in regulating metabolism and appetite. With irregular sleep patterns which causes, sleep deprivation, individuals have a decreased ability to manage blood sugar levels and also may end up being hungrier.

Lack of sleep is also responsible for high stress levels, lower productivity in work and increased likelihood of metabolic disorders.

It is scientifically proven and published in many leading journals that even one night of sleep-deprivation can cause insulin sensitivity to drop which impairs glucose metabolism. Few consecutive sleep deprived nights through the body metabolism into complete disarray putting the body in a state of insulin resistance—a common precursor of weight gain, diabetes and other serious health problems.

In a healthy body, sugar is metabolised by the insulin released by pancreas. When the body develops insulin resistance, cells are less responsive to that signal, and glucose levels rise in the bloodstream. That can lead to diabetes

A single disturbed night of sleep reflects on the working of an individual the next day. The person is fatigued, sleepy, confused and not focused throughout the day. Long term sleep deprivation can lead to chronic long term disorders like depression, anxiety and memory issues.

Sleep deprivation has been associated with Gastrointestinal issues. Both Inflammatory Bowel Disease (IBD) and inflammatory bowel syndrome, have been linked to lack of sleep. Patients suffering from Crohn's disease are twice as likely to experience a relapse when they are sleep deprived.

People always find themselves struggling to lose weight despite moderate exercise and diet management, recent studies suggest that less than 7 hours of sleep can reduce or even undo the benefits of diet and exercise. Sleep deprivation in turn makes one crave food. The millennial lifestyle does not always allow us to follow the right sleep patterns; however, here are few things to do for a good night’s sleep:

Maintaining more or less the same time to go to sleep and waking up is vital. This helps to set the body’s internal clock and optimise the quality of sleep.

Melatonin is a naturally occurring hormone controlled by light exposure which helps to regulate the sleepwake cycle. The brain secretes more melatonin when it’s dark-triggering sleep-and less when it’s bright-making one more alert.

• Avoid bright screens within 1-2 hours of bedtime
• Don’t read with backlit devices
• At the time of sleep, the room should be dark.

A temperature of around 18° C with adequate ventilation is considered ideal for a good sleep. A room that is too hot or too cold can interfere with quality of sleep.

4. Be Smart about what you drink & Eat

5. Don’t stay in the bed awake

If one is unable to sleep and has been awake for more than 15 minutes, it is best to step out of bed and do a quiet, non-stimulating activity, like reading a book. The lights must be kept absolutely dim and screens must be avoided.

1. Various epidemiological studies have established a strong association between short sleep duration and overweight and / or obesity.
2. The third leg in the tripod of weight management is adequate sleep at appropriate time; the other two being healthy diet and exercise.
3. The use of multimedia has emerged as the most common factor contributing to sleep deprivation (for example, television, smartphones, and computers) which aggravates sedentary behaviour and increases caloric intake.
4. Sleep deprivation results in metabolic and endocrine alterations which are