This article speaks about growth in the healthcare delivery industry, medical technology industry growing at a healthy pace of 16-18%, especially in few sectors like cardiology, growing at high pace of 35-40 percent. The author says this growth is happening on account of the growth in advancements in medical technologies. As one reads through the article he can find the Key drivers for growing Healthcare industry. Later in the article the author speaks about convergence, mergers and acquisitions for the growth of Asian medical equipment industry. Finally author speaks about Frost & Sullivan initiative India Healthcare Excellence Awards 2011.

What technological developments do you see having the greatest impact on the Industry?

Riding on the back of unprecedented growth in the healthcare delivery industry, medical technology industry has been growing at a healthy pace of 16-18 percent Year-on Year and few sectors like cardiology are even growing at very high pace of 35-40 percent.

This growth is not only happening on account of the growth in the delivery industry but is also aided by the advancements in medical technologies.

Advancement in technology has shortened the adoption curve for new technologies; the benefits of the advancements are clearly visible in terms of smoothening of workflow, ROI, and hospitals ability to treat more patients in the same time span.

Some major examples of this phenomenon are

What kinds of changes are occurring on the demand side?

The rise in population, income levels, and awareness have resulted in an increase in demand for better healthcare services, adoption of health insurance and increase in personal health expenditure. This rise in income levels along with changing lifestyles and increase in sedentary jobs is transforming the disease profile of India from predominantly communicable diseases to non-communicable diseases such as cancer, diabetes and cardio- vascular diseases. This transition has led to greater interest from foreign sector and is likely to see further activity from Government sector.

The 300-million strong middle-class population, in India, with considerable disposable income, is rapidly growing. This highly educated class of individuals is likely to demand better healthcare services and will play an important role in purchasing of healthcare services. Personal healthcare expenditure by households has grown from 4 percent to 7 percent during 1995 to 2005 and is expected to reach 13 percent in 2025. Moreover, as health insurance penetration increases, it will also result in increased discipline and defined standards of care in hospitals.

What segments of medical devices are likely to witness growth in the region? Do you see any particular disease type taking precedence?

As stated above all segments are expected to witness good growth , however as rule of thumb the growth in specialized technology like Cath Labs, CT Scans, High end operating rooms, advanced sterilization services , home health will be significantly higher when compared to medical consumable segment which comprises of products like cannula, catheters, gloves, sutures etc. This differential in growth will be primarily on account of almost no innovation happening in the consumable industry and thus seeing price erosion.

Cardiology and Mother & Child Care are two segments which will take precedence both in terms of volumes and values.

How do you see the regulatory environment? Is it conducive to its growth?

Regulatory environment in the long term will start acting as facilitator than a regulator; however we have a quite distance to cover to achieve that.

Current regulatory scenario can be said to be less than optimal, however the government is trying its own bit to improvise the existing scenario. CDA and MDRA bills expected to become regulation in some time, though it was expected to happen long back. Divergent interests of different lobbies i.e. domestic and multinational corporations have resulted in the delay, also the delay can be attributed to the fact that the central government has to take respective state governments on board as health is a state subject.

However it seems that unanimity has been achieved in terms of proposed content of the bill and it’s expected to become a regulation very soon. It will be unfair to pass a judgment on the bill till it’s finely implemented; prima facie the legislation seems to be conducive for the growth of the industry.

What is your take on convergence, mergers and acquisitions for the growth of Asian medical equipment industry?

M&As are something that will not be happening very soon in the Indian market. Primary reasons for almost zero activity in M&A’s are because of the extremely fragmented nature of the medical technology industry in India. This results in multiple companies having very small turnover and the companies being region specific or single product specific. This fragmented nature and small turnovers makes the companies an unattractive target for acquisition.

The valuation expected by the Indian promoters is also a bit unrealistic and on a higher side, however in the long run consolidation will be the name of the game.

The Indian healthcare Industry has already clocked in the 55 billion dollar figure and is poised for another fantastic year ahead in 2011. With a 1.2 billion population with 60 percent of the population poised to be in the working class category in the next coming decade, there can be no company whether be MNC or an Indian player, which can afford to neglect the Indian market from their growth plans. We at Frost & Sullivan truly salute the spirit of this growing Industry and support it by recognizing the excellent efforts deployed by a few of them who have the courage to excel in this multi-faceted environment. 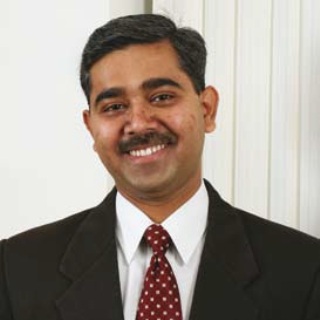